Home / lifestyle / Charlotte Flair was Divorced Twice - Who is Her Current Husband? 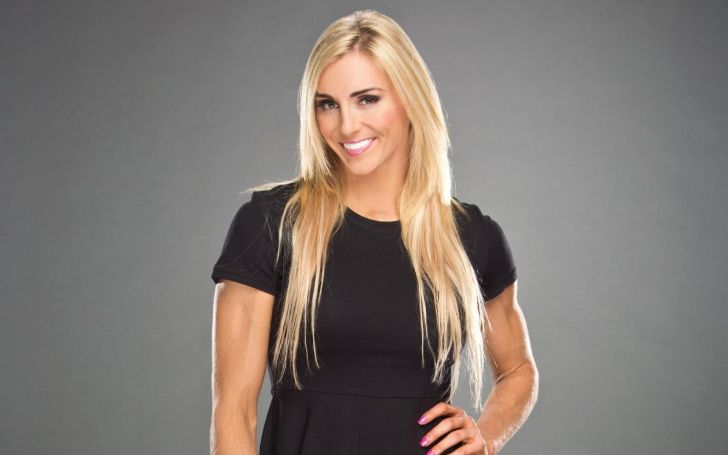 Charlotte Fair is at the top of her career as a professional WWE wrestler. Born Ashley Elizabeth Fliehr to former professional WWE wrestler Ric Flair, on April 5, 1986, at Charlotte, North Carolina, Charlotte started as a wrestler at the mere age of 14. By the age of 33 years, Flair holds the record of ten championship titles throughout her career.

Despite being at the pinnacle of her career, Flair's personal life wasn't always fun and games. With health issues that ensued after her body modification surgeries and her arrest for assaulting a police officer, Charlotte's faced her fair share of controversies.

With two divorces, revealing the details of domestic violence of one in her book, Charlotte struggles when it comes to relationships. The WWE star is currently engaged to Manuel Andrade Oropeza, a fellow WWE superstar better known by his alias name Andrade. But who were Charlotte's ex-husbands? Let's discuss.

Just like Charlotte herself, her current fiance Manuel Andrade Oropeza started from NXT when he joined WWE in 2015. After being promoted to the main rooster, Andrade had a brief stint at the SmackDown Live right before moving on to Monday Night Raw's replacement Superstar Shakeup. There, the pair met for the very first time.

Charlotte Flair and Manuel Andrade Oropeza are enaged as of January 1, 2020.
Source: TheMix

Charlotte and Andrade, however, only made their relationship public on February of 2019. The exact story of their romance remains under warps. In less than a month, the rumors of their engagement surfaced, but that's all that was, just rumors.

We both try to teach each other things, I mean he knows everything there is to know about wrestling but little nuances or camera work or you know, just being a star. I mean he is a star in his own right, but we just come from such different backgrounds but at the same time it's very much similar. So, we're able to help each other that way.

The rumor, nevertheless, became a fact on the 2020 New Year when Flair announced the big news through her official Instagram handle.

The soon to be married couple are yet to figure out the date of their union.

The multimillionaire Charlotte Flair's first marriage with Riki Johnson was the most troublesome for her. The ex-partners were married for almost three years from May 2010 before calling quits to their union in February 2013.

Charlotte Flair was married to Riki Johnson from May 2010 to February 2013.
Source: The Things

The incarnation of strength and power on the ring, for all that, couldn't escape from her burdensome marriage on time. Charlotte later revealed the details of her time with Riki in a joint biography of her father, alleging him of multiple domestic assaults.

Riki didn't receive this news so well and filed a lawsuit against the personals related to the biography. 'Second Nature: The Legacy of Ric Flair and the Rise of Charlotte' was published on 2017.

In between Riki Johnson and Manuel Andrade Oropeza, Ric Flair's daughter Charlotte was married to Thomas Raymond Latimer professionally known as 'Bram' for about two years. Although it's unclear as to when correctly the two tied their knot, their divorce was finalized in October 2015, shortly after Bram's arrest in 2015.

Maybe it was Charlotte's instinct from her previous marriage, or perhaps it was Thomas's frequent run-in with the law that ended their romance, we'll never know. As part of the divorce settlement, Charlotte got to keep the house that they lived in and a 2013 Mini Cooper. Latimer won the rights of his 2000 Ford Mustang supercar.

Charlotte Flair's tempestuous relationships in her past days were frequently targeted for headlines. She even divulged being embarrassed about her short-lived marriages. How her new romantic ties play out, we'll have to wait and see.

For more celebrity relationships, head on over to Idol Persona.