Home / tv-series / TV Producer Melissa Baldino - How Well Do You Know Her? 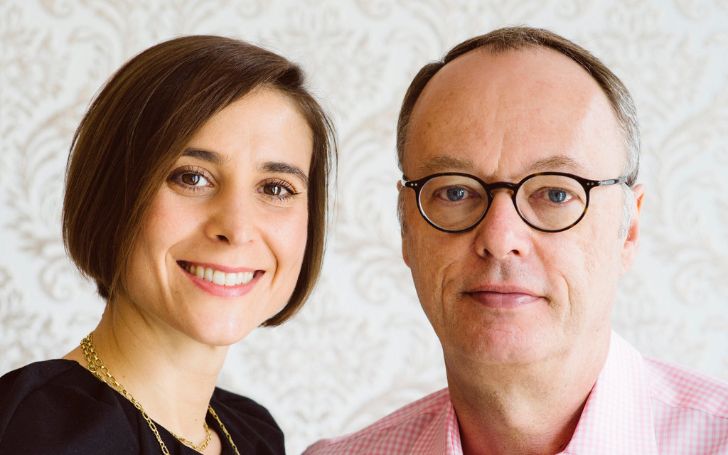 American chef editor, publisher, and radio/TV personality Christopher Kimball is well known as the former host of 'America's Test Kitchen' on PBC. Kimball co-founded, edited, and also published for the very show that he hosted before moving on to start a similar venture of his own titled 'Christopher Kimball's Milk Street.' He didn't just rise to fame from the cooking show 'America's Test Kitchen' but also found his second wife, Melissa Lee Baldino, during his time there. Melissa Baldino, former alumni of Boston University, is the daughter of Rike Fössl Baldino and Jim J. Baldino of Portland.

Apart from that, very little is known about former 'America's Test Kitchen's' executive producer, Melissa Baldino's private life. Kimball's wife shared a sizable amount of controversy relating to the ATK lawsuit against her husband. Maybe that is why she chooses to maintain a veil over her personal life. Here are some facts we know about Melissa Lee Baldino.

According to an article published by The New York Times, Melissa and Christopher first met when her current husband interviewed her for the position of his assistant. Over four years at the ATK, she went on to become the producer of the radio and TV show in 2006.

Kimball and Baldino became close friends during the period but still maintained a professional relationship and nothing more. The thoughts of entering into romance would only arise from Baldino after Kimball's divorce with his former wife, Adrienne Kimball.

In the same interview with The New York Times, Melissa revealed that she wasn't picked by Christopher the first time. Christopher hired someone else to be his assistant before Melissa, but unfortunately, his first choice quit only two months into the job. So he called back Baldino and offered her the position.

So why didn't you hire me the first time?

To which Christopher's wife recalled, he mumbled some excuses. Little did the pair know one day they would go on to be married.

Love Came As A Surprise Right After Kimball's Divorce

While talking about the start of their courtship, both admitted that love came as a surprise for them both. When Kimball officially separated with Adrienne, Melissa confessed that suddenly everything that was keeping her from considering Christopher just a friend disappeared, and she fell head over heels for him.

She kept her distance, nevertheless, after her friends told her to let Kimball approach her. Unable to keep her feelings a secret, she approached her former boss and spoke out.

It wasn't planned. One day at the office, I called a meeting with him, and I said, 'Um, you might want to fire me, but I love you.'

Melissa must've been overjoyed when she heard Christopher say it back. Waiting for his divorce to be finalized in December 2012, Kimball got down on his knees before Baldino three months after his divorce, and the pair were married on June 30, 2013. Four years into their marriage, they became parents to their baby boy Oliver Kimball on May 4, 2017.

26 Years of Age Difference Between Them

Melissa Baldino chose a 26 years older man as her husband. When the duo entered holy matrimony at the Memorial Church in Cambridge, Mass, in 2013, Melissa was 37 years old while her husband Christopher was 62. The married partners divulged that they never thought much about the vast age difference between them.

Recommended: Matthew McConaughey is Married to Camila Alves Since 2012 - Check Out Their Intriguing Love Story

Kimball, when asked about this in the interview with The New York Time, affirmed,

Others may have concerns, but we don't. I'm in love with someone who sees the same potential in the universe as I do.

The couple managed to stay married for almost over six years as of 2019.

Melissa Was a Co-defendant In The ATK Vs. Christopher Kimball Lawsuit

The lawsuit filed by ATK in 2016 against Kimball at Massachusetts's Suffolk County Superior Court went on for almost three long years before both parties settled just two months before the case went to court in October 2019.

As part of the agreement, Kimball, who initially had ATK shares, agreed to sell them for an undisclosed amount. The agreement also allows both businesses to co-exist in the same marketplace as competitors.

You May Also Like: Matthew McConaughey Kids - Grab All the Details Here

The power-couple might've facedtroublesome time due to the ATK lawsuit, but their marriage shows no sign of coming to an abrupt end.

For more celebrity facts, check out the lifestyle section over at Idol Persona.