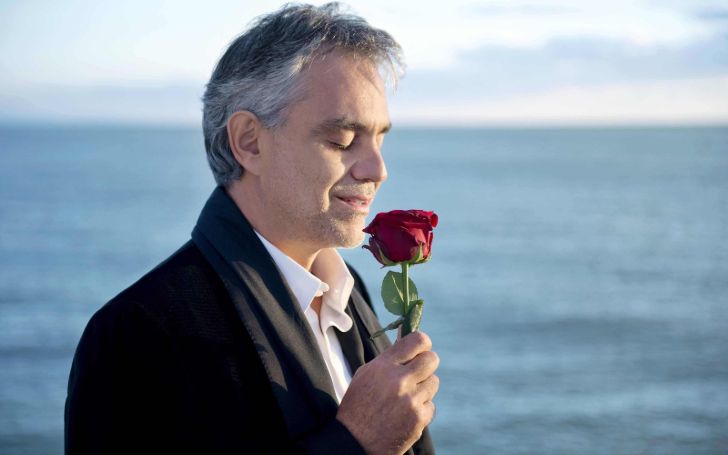 Here are all the details of Andrea Bocelli's net worth.

Twenty-five long years as one of the most beloved musicians and singers, the name Andrea Bocelli is invincible in the music industry. Despite staring into the music career in his late thirties and being unable to see, the musician managed to give out numerous award-worthy albums. One might even say that the singer expressed and felt the world through music, not from sight.

Leaving behind his career in law, the singer first began in the path of music by singing in piano bars to pay for lessons from Franco Corelli. He also met his first wife, Enrica Cenzatti, who was just 17 at the time, during one of his sessions at the bar. The 17 years old first fell in love with the singer's voice and then eventually went on to fall in love with the man himself.

Later on, the couple split, and Andrea Bocelli got married to Veronica Berti. Although the singer couldn't see, he made quite a fortune from his singing career. So how much precisely is Andrea Bocelli's net worth? Let's discuss.

As of 2020, Andrea Bocelli's net worth is estimated to be around $40 million.

The singer, however, is yet to reveal any information regarding his bands of greens. Andrea's recent album, SI, managed to score First No. 1 album on the Billboard 200 albums for the first time in his career in 2018.

The 61 years old singer began his career singing in piano bars while in his late thirties.

With over 25 years in the music industry, the singer's primary contribution of his wealth is his singing career. By this date, 90 million records of his 15 studio albums has been sold.

Bocelli's breakout in his career came in 1992 with Italian rock star Zucchero's opera singer audition for a duet. Bocelli was about to lose this gig too, but Zucchero sent Bocelli's audition tape to originally picked star Luciano Pavorotti who urged Zucchero to use Bocelli. In return, Zucchero called Pavorotti to record a song with Andrea, which instantly became a hit across Europe, and the rest, as they say, is history.

The 'Gloria, The Gift of Life' singer, holds quite an impressive list of records. With over 80 million sales of his albums, he ranked as the world's best-selling classical music solo artist.

The 1999 album 'Sacred Arias' was the best-selling solo album in classical music history, which sold almost 20 million copies. A place in the Guinness Book of World Records was also guarantied when he simultaneously held the top 3 spots on the U.S. classical album charts.

Bocelli became wide known to the greater audience when he won the Newcomers section of the Sanremo Music Festival in 1994 just two years later, his musical breakthrough. Since then, Andrea has won countless awards and honors. He also received a star on the Hollywood Walk of Fame for his contribution to live theater in 2010.

Also See: Matthew McConaughey Net Worth - Here's the Complete Breakdown of His Wealth

Along with his son Matteo Bocelli, Andrea released the album 'Si' in 2018. With his youngest son following in his footsteps, Andrea's musical career seems far from over.