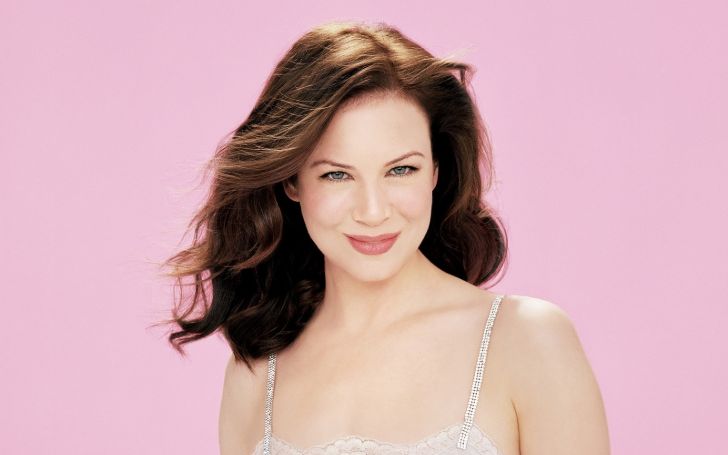 Grab all the details about Renee Zellweger's net worth, the Bridget Jones star!

In spite of all the success, the 50 years old actress, Renee's life was well-targeted for weight loss and plastic surgery speculation. Renee was named one of the highest-paid actresses all over the world in 2007. But what is her current net worth now that the actress has come out from her six years long slumber from Hollywood? Let's discuss.

Renee Zellweger, who was briefly married to Kenny Chesney, held an astounding net worth of $60 million when she returned in 2016.

Renee Zellweger hold an astounding net worth of over $60 million.
Source: Moviefone

There is no doubt that this figure only shot up to astonishing new heights after the release of Netflix's What/If series and the biopic Judy. The actress, however, is yet to give out details about her actual level of fortune.

Throughout her career as an actress, Renee's leading role movies have made $1,871,908,423 to date worldwide.

After a six-year break from the Hollywood industry, her return was met with criticism after she appeared in a few doomed to fail projects. However, she indeed came back with a bang this time as 'Anne Montgomery' in the Netflix's 'What/If' series and 'Judy Garland' in the 2019 biopic 'Judy.'

Renee Zellweger as Judy Garland in the 2019 biopic Judy.
Source: The Daily Beast

The most praised biopic 'Judy' released on October 4, 2019, has already been nominated for a Golden Globe for Best Performance by an Actress in a Motion Picture. Forbes reviewed Renee's performance in 'Judy' as an instant Best Actress front-runner and the movie a worthwhile investment sure to bring in many awards.

In a short time, only two months after the release, 'Judy' has managed to bring in $37,677,571 worldwide. Zellweger was overwhelmed when she received a two-minute-long standing ovation for her character of 'Judy Garland' in the premier show.

With such glorious success in the acting field with movies like 'Judy,' both, Renee Zellweger's career and her net worth are sure to reach new heights despite her slowly entering the golden ages.

For more celebrity net worth, check out the lifestyle section over at Idol Persona.

Doyle Bramhall II Net Worth - Earnings From His Music Career