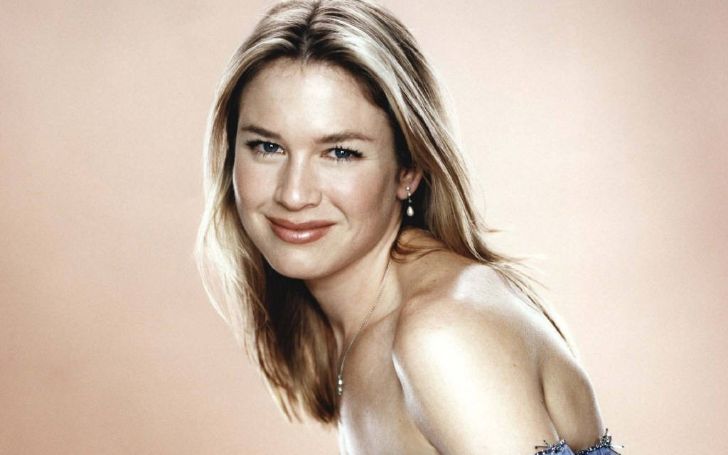 Did Renee Zellweger lose weight again for the movie Judy? Find the weight loss details of the actress.

The 50 years old actress appeared in the Netflix thriller anthology series What/If after a six-year-long break from the Hollywood industry before portraying the role of 'Judy Garland' in the biopic 'Judy.' And boy did she bring her A-game. As if becoming Judy Garland wasn't easy, Renee Zellweger had to sing like Judy too. One need only read the critic's reviews to learn about the actress's marvelous performance in the movie.

Ann Hornaday wrote about Judy for The Washington Post,

Zellweger's opening number, "By Myself," is an absolute barnburner, a fabulous performance-within-a-performance that not only captures Garland's power but her nervous energy and darting physical tics.

Zellweger - who boasts a staggering net worth of $60 million - gave her best for Judy, and she has the reviews to prove it. However, Renee's weight loss journey throughout her career was not without struggles. More than losing weight, Renee had to gain stones quite a few times for her roles in Bridget Jones's Diary.

The Renee Zellweger weight gain headlines started first appearing when the actress put on weight for the role of Bridget Jones in 2001. She gained a whopping 20 pounds for the role. Unfortunately, this made her a target of speculations regarding weight issues.

I realized the influence of living in a society that focuses so much on physicality has affected me. When the film was coming out, the question I was asked the most was regarding my weight. … I was followed around Heathrow by a guy who wanted to take a picture of my backside. I don't understand the obsession.

Appearing in the headlines for her weight gain was not a happy time for the actress.

Within a year Renee once more became the center point of weight issue talks when she dramatically lost weight for the 2001 Chicago movie.

Bridget Jones's Diary actress, who had gained 20 pounds for her previous movie, was now called shockingly gaunt by The Daily Mail's Female section. The article reported that the actress went from size 12 to size six dress size in under a year.

When warned about her considerable weight loss in such scant time by nutritionists, Renee just brushed the concerns saying that she was just a busy girl who took care of herself.

Renee Zellweger's fluctuating weight followed by a series of plastic surgery rumors sent the star into a six-year-long break from the Hollywood industry.

The Oscar winner in Best Supporting Actress for 2004 Cold Mountain recently started making a comeback into the Hollywood realm but met few failed projects before appearing in the Netflix series What/If.

Despite the rocky start during her comeback, the Oscar winner was sure to receive a proposal for better projects. That was precisely what happened when she was cast for the leading role of Judy in 2019. Although the 50 years old actress didn't seem to have made any drastic changes to her weight, she did need prosthetics to make her look like the famed singer Judy Garland.

Renee made the most epic comeback with her portrayal of Judy Garland in the 2019 biopic and might even go on to win another Oscar for the same movie.

For more articles about celebrity weight loss, visit the lifestyle section over at Idol Persona.