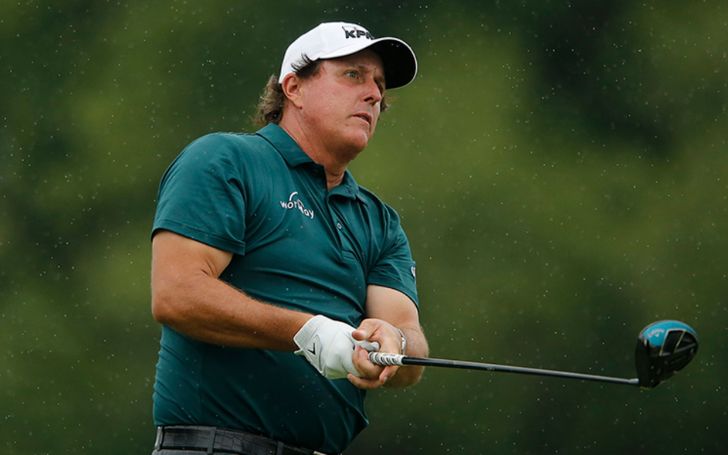 Here's the information on the weight loss of Phil Mickelson.

Phil Mickelson is a famous American professional golfer, known popularly by his nickname Lefty. He got his nickname due to his left-handed swing, which he learned by watching the right-handed swing of his father, mirroring his style. Phil is the winner of 44 events on the PGA Tour that includes 5 major championships, 3 master titles, 1 PGA Championship, and 1 Open Championship.

Phil, also called Lefty, is the winner of 44 events on the PGA Tour.
Source: Golfweek

Mickelson - who is married to Amy Mickelson - spent over 25 years in the top 50 of the Official World Golf ranking and over 700 weeks in the top 10. He also reached the No.2 world ranking several times.

Maybe you heard about the stories of Phil Mickelson's weight loss recently. Losing weight is no small deal, and you must be wondering how he was able to achieve such a feat. In this article, we share with you information on how Phil succeeded in losing some of his obese body fat and his diet routine.

An overweight body is a concern for many individuals that affect their body image perception and, most important of all, their overall health. Obesity leads to several chronic illnesses like diabetes, cardiovascular diseases, and high blood pressure. We can say that Phil Mickelson devoted his time, effort, and dedication well into maintaining healthy body shape. It is difficult for people to attain such a level because trying to stay in shape requires a lot of willpower.

The $375 million worth Phil Mickelson did not undergo a strict diet routine to lose his body weight. So what did he do? Well, he fasted. He used the fasting technique to decrease the excess fat in his body.

According to an article by Business Insider, "he hit 'a hard reset,' and lost 15 pounds with a 6-day fast consuming nothing but water and a special coffee blend."

In the article, Phil quotes:

"I haven't felt good about myself and the way I have been playing, so I haven't done anything or wanted to be in public," Mickelson said. "The last 10 days I've done what I call 'a hard reset' to change and try to make things better. I have lost 15 pounds. I've done a 6-day fast with water and a special coffee blend for wellness."

Nowadays, Phil looks in good shape for a 49-year-old man. Phil's sister also took to twitter to share his progress.

Phil, in his own Instagram account, posted a video of him shifting his routine to "hard reset."

Phil shares with his followers about his weight-loss plan.
Source: Phil Mickelson Instagram.

Well, good for Phil in his decision to live a healthier life by changing his eating routine. He is the inspiration to all those people out there who are struggling with weight loss.

To learn more about the health of famous celebrities, visit Idol Persona.