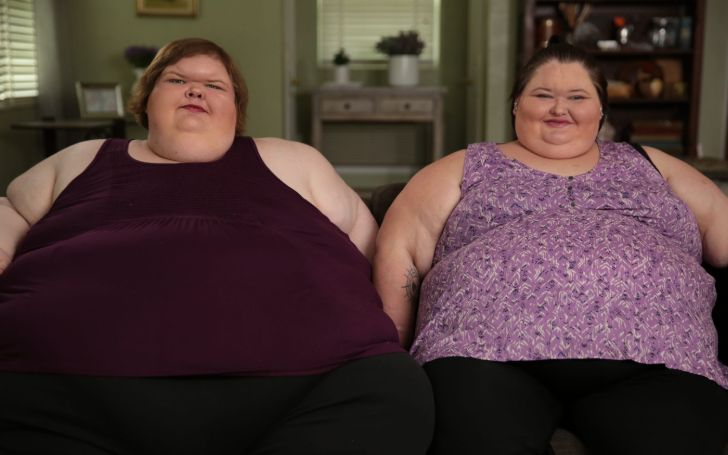 Here are all the details on the weight loss of Slaton Sisters.

Amy Slaton and Tammy Slaton are not your ordinary sisters. The two popular siblings from Kentucky are comedians who are famous for their YouTube channel on which they ask viewers to buy them candies and sweet products through their Amazon wish list.

They generally share their daily life and weight loss struggles with genuine and decent personalities that attract their audience.

What Are The Weights of Slaton Sisters?

Amy Slaton, 31 years of age and Tammy, 32 are both about 1000 pounds combined. These days, the siblings are trying to lose a few pounds to perform the weight-loss surgery to ease their obese lives.

What Progress Are The Slaton Sisters Making with Their Weight Loss Routine?

Most recently, the Slaton Sisters are posting videos on YouTube of them trying to lose their weight. They decided to do a weight loss surgery to pursue their dreams that have been hindered by their morbidly obese bodies.

But in order to perform the Bariatric surgery, they have to lose a few beforehand for the actual procedure to take place. Their videos nowadays are of them trying hard to eat a healthy vegetable-based diet and their difficulties in trying to stay with the diet.

If you watch their videos, you mostly see them eat chocolates and sweet candies that their viewers send them. Usually their videos are of them doing normal things in their house like watching Television, listening to music and talking to each other.

The Slaton Sisters are unable to walk on their own and they need a walker to maintain their balance and stability while walking.

The Slaton Sisters use the walker to move their huge bodies around.
Source: Daily Mail

Slaton Sisters' YouTube videos also portray their Father and Mother, who they refer to in the video as Mama Slaton and Daddy Slaton.

The Slaton Sisters' fame went up when one of their videos on YouTube got over a million views. In the video uploaded on 14 November 2014, they played a game called Chubby Bunny Challenge which earned them huge popularity on 4chan.

The Slaton Sisters' fans can watch their favorite sisters on Television too, as they now have their own show on TLC where they can present their mundane day-to-day activities. The show is called '1000 lb sisters' which gets aired on Wednesdays every week.

The Slaton Sisters' new show on TLC is bound to increase their fame even more and they will certainly benefit from it. Previously the sisters collaborated with companies such as Crafty Croc, Grav3yardgirl and Kraft Klatch. Such collaborations and now with a show on TLC the sisters are surely going to make loads of money.

To learn more about the health of famous celebrities, visit Idol Persona.