Home / net-worth / How Much is Barry Manilow Net Worth? Here is the Complete Breakdown

How Much is Barry Manilow Net Worth? Here is the Complete Breakdown 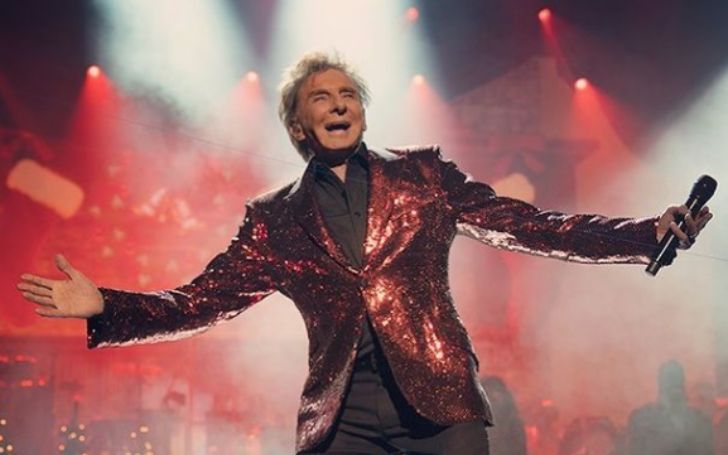 Learn All The Details On Barry Manilow Net Worth!!

Barry Manilow is an American singer-songwriter, musician and producer. He is best known for many hit singles, including Copacabana, Mandy, and Can't Smile Without You.

The 78-year-old artist was previously married to his wife Susan Deixler. However, as of now, he is with his husband Garry Kief. Aside from his personal life, we'll learn in detail about Barry's earnings and net worth.

How Much is Barry Manilow Net Worth?

Barry Manilow has amassed a sizable fortune through his musical career. According to Celebrity Net Worth, Manilow's net worth is estimated to be around $100 million.

Manilow has sold over 80 million records all over teh world. In addition, he also accumulated numerous awards, including a Tony Award, three Grammy Awards and two Emmy Awards.

As per media reports, Manilow's Bel-Air home was listed for $2.71 million in 1994. The property has 5,000 square feet of living space built 25 years ago. The property includes a guest house, recording studio, theater room, and two acres of land.

Barry Manilow sued a Los Angeles radio station in 1994, claiming that one of their advertisements was destroying his reputation.
Photo Source: Instagram

Manilow settled another legal dispute in 1997 by donating $5,000 to the American Tinnitus Association. Judge Philip Espinosa filed a lawsuit against the singer after claiming that one of his concerts was too loud. The music, according to Espinosa, caused constant ringing in his ears.

Barry Manilow's career began in 1964 when he met CBS director Bro Herrod. Although Herrod initially asked Manilow to put together a few songs for a musical, Barry instead composed an original score. His score was accepted, and the play continued for another eight years.

During Manilow's early years, he supplemented his income by writing jingles for various commercials. On many of these jingles, he also sand. Barry later stated that his time spent writing jingles helped him become a successful pop singer.

Click Here To See: How Much is Katie Lowes Net Worth in 2021? Here is the Complete Breakdown

By the end of the 1960s, Tony Orlando, the vice-president of Columbia/CBS Music, had signed Barry to a record deal. Despite initially failing to impact the mainstream music industry significantly, Manilow made a crucial step forward when he became Bette Midler's pianist, accompanying her on albums such as The Divine Miss M and Bette Midler.

In 1973, Barry was nominated for a Grammy. He released a self-titled album before scoring a breakthrough hit with Mandy. This appeared on Manilow's second album, Barry Manilow II. Following the release of Mandy, Manilow went on to have a string of hits over the years.

These appeared on multi-platinum albums such as Tryin' to Get a Feeling, This One's For You, Even Now and One Voice. Manilow has appeared on several talk shows, including The Oprah Winfrey Show.