Home / lifestyle / Who is Brian Stelter Wife? Details on his Married Life

Who is Brian Stelter Wife? Details on his Married Life 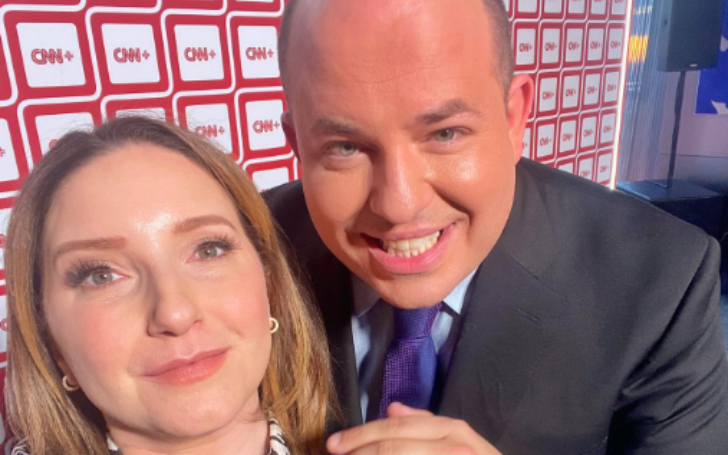 Grab All The Details On Brian Stelter's Personal Life!!

Brian Stelter is a successful American journalist with a net worth of $10 million. He is best recognized for his roles as CNN's former chief media correspondent and host of the CNN program Reliable Sources, which he held from 2013 to 2022.

Stelter, 36, also served as the editor of TVNewser and a former media reporter for The New York Times. In a dramatic final monologue, Reliable Sources host Brian said goodbye to viewers Sunday following the show's cancellation, warning that "CNN must remain strong" and calling his role patriotic.

Who Is Brian Stelter's Wife?

As per The Sun, Brian Stelter's wife is Jamie Shupak Stelter. She works as an on-air traffic anchor for NY1 News in New York City and is an Emmy-nominated journalist. Jamie studied at the University of Maryland and received her degree in 2003. She was born in Philadelphia.

Brian Stelter is a successful American journalist with a net worth of $10 million.
Photo Source: Instagram

Following graduation, Shupak Stelter was hired by News 12 Westchester for her first job as a traffic reporter, and she eventually advanced to the position of reporter and producer.

After leaving the station in 2008, Jamie worked as a traffic reporter for various news organizations, including WNBC and WTXF-FOX 29. According to the New York Post, she started working at NY1 News in 2010 and quickly rose to the status of "local cult favorite."

Shupak Stelter said, "I love the idea of waking people up in the morning," when asked about her early schedule for working the morning news. "A nine-to-five job is never really what I want."

Jamie also started writing a dating column for Complex magazine where she talked about her encounters with love in New York. Later, in 2013, she released the book Transit Girl, which was loosely based on her experiences dealing with her cheating ex-fiance, her desire to work as a transit reporter, and dating in Manhattan.

You May Also Like: Eric Roberts Wife & Daughter | Inside His Married Life

"It was the most challenging thing." Shupak Stelter stated to the New York Post in 2011: "I'm single for the first time in my adult life, so I'm really open to everything."

"I've been fortunate," Jamie continued. "I understand that a lot of people have a really negative outlook on dating, but for me, it's so novel and exciting. I believe it has to do with your attitude, and I have no pressing concerns."

Jamie Stelter met Brian Shupak Stelter, who worked at The New York Times at the time, in 2013 after he requested NY1 anchor Pat Kiernan to play matchmaker on Twitter. Kiernan introduced Brian to Jamie. They have been dating since 2010, and the couple married on February 22, 2014.

Jamie Stelter met Brian Shupak Stelter, who worked at The New York Times at the time, in 2013.
Photo Source: Instagram

Jamie shared a copy of Brian's email to Kiernan on Twitter in 2019, with a caption thanking the app for bringing them together. "@brianstelter sent @patkiernan a direct message on this day nine years ago that changed my life. I'd never say this about modern Twitter, but THANK GOD FOR TWITTER," She wrote.

"Pat later printed the DM, placed it in a card, and gave it to us on our wedding day. It's framed next to our bed."

Brian's email to Kiernan was shown in the attached photo. It said, "Two unrelated inquiries: Does Jamie Shupak have a boyfriend? And how frequently are viewers asking her out?" Pat wrote at the bottom of the printed email as a wedding gift, "Wishing you a lifetime of 'innocent and unrelated' questions."

Brian Stelter was born in Damascus, Maryland on September 3, 1985. His parents are Donna Stelter and Mark Stelter. Stelter graduated from Damascus High School in 2003, and then went on to Towson University, where he was the editor-in-chief of The Towerlight from 2005 to 2007.

Stelter founded TVNewser, a blog about television and cable news that he later sold to Mediabistro and became part of the Adweek blog network, while still a student.