Home / net-worth / How Much Is Sierra Capri's Net Worth and Salary from Netflix's 'On My Block? 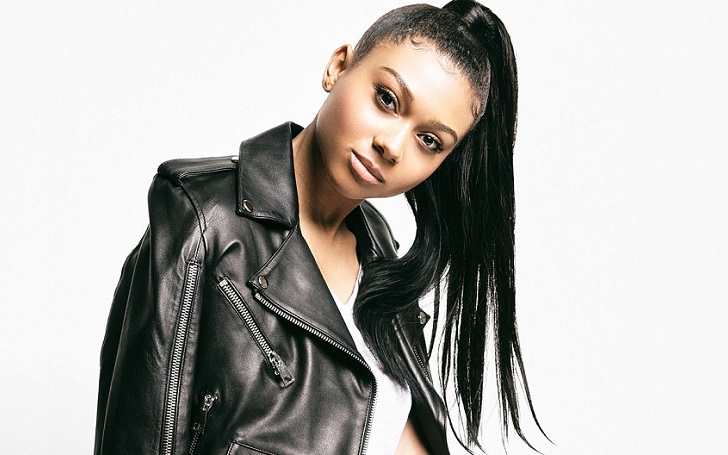 There are certain things that would drive someone off their intended path to end up where they're actually supposed to. And 'On My Block' was one such thing that led Sierra Capri to leave her study towards acting full-time, despite promising her mom of finishing college before chasing her real dream.

Born on September 8, 1998, in Baltimore, Maryland, she moved to Georgia at 12 and grew up with a dream to become an actress. But she had to complete her Biology study at Armstrong State University in Savannah, before going there.

Sierra Capri is the future, according to some.
Photo from: Sierra Capri, Instagram

However, fate can do you a lot, and with much practice and a little help from one of the actors of 'Hidden Figures' (she was an extra on the movie), she sent that self-tape to get that "We like you," call from the showrunner Lauren Iungerich. And that's that.

As of March 2020, 'On My Block' lead star Sierra Capri controls a net worth of $700,000. Considering she was still a university student when she auditioned for the role of 'Monse Finnie', the show has been the only source of income for her. But she might've gotten some for her extra roles on 'Hidden Figures' and 'Neighbors 2', which, surprisingly, haven't been picked up by IMDb yet.

The sole credit to her net worth is 'On My Block'.
Photo Credit: Photojenic Artistree, Loot & Riot

With the young cast of 'Stranger Things' and '13 Reasons Why' getting such high pay-raises going into the third season, there was a little delay in the production of 'On My Block' Season 3, due to the salary negotiation phase, the result of which didn't go out as they expected, but they were nonetheless satisfied with what they got.

The lead four, including Jason Genao, Brett Gray and Diego Tinoco, with Capri, was thought to have asked for $250,000 per episode each, a mighty jump from $20,000 per episode they got for the first two seasons, just like the 'Stranger Things' kids.

Related: 'On My Block' Co-Star Diego Tinoco Net Worth

According to the deal, Capri and the others were also set to gain a season total of $850,000 for a potential fourth and $1.05 million for a potential fifth season. But with Netflix's habit of ending shows shortly after, and also how the season 3 finale actually went down with an unlikely continuation, it's just a matter of time to know if Capri's net worth will be of millionaire status.

Don't get misdirected by Capri's Instagram profile picture, the one with her arm on on-screen romance Tinoco that was featured in Teen Vogue. The two are strictly professional and not dating. But the coming-of-age dramedy's fame has propelled her online status as well. She's now a social media celebrity.

However, it's just sponsorship deals that come with fame as an actress that really pays her online. With 1.6 million followers and just more than 75 posts on her Instagram page, Sierra Capri, she earns about an average of $4,200 from each post due to the sponsorships and endorsements.

She has a lot of partnerships coming her way.
Source: Sierra Capri, Instagram

The 21-year-old also graced the cover of Loot & Riot Magazine while also appearing in Teen Vogue Magazine and obtaining a paid partnership with the hair-care brand 'TRESemmé'. She currently resides in Los Angeles and is thankful for having her mom with her to ease her transition, she told Loot & Riot.

Ethnicity Was a Complication When She Was Cast for the Show, But It All Worked Out

It's a question she's faced all her life. Many don't really know what ethnicity Capri comes from because she doesn't need to say anything. It was also an issue Iungerich faced when casting the Afro-Latino 'Monse'. They couldn't just ask Capri her race as there are some legal boundaries to not cross.

'Monse' has an African-American father and a Latino mother who's never been in her life. Meanwhile, Capri also grew up as a mixed-ethnicity individual and has mentioned several times that she is multi-cultural and grew up not knowing she wasn't "that accepted by either side".

Iungerich said they did the best in finding the right people for the roles.
Photo Credit: Nicola Goode, Netflix

Iungerich had a big reason for casting Sierra despite not being Afro-Latino like her character. "When I look at Sierra, she's an incredible actress, and she's representing a girl who is of mixed race, and I think she's incredibly humble about it," she said in an interview. "She owns who she is, and she's not trying to pretend anything. This is truly the hardest part for us, because we legally can't ask about someone's ethnicity. These are very important stories to tell, of these mixed race kids who really do struggle between two [cultures]."

Check Out: RHONJ Star Melissa Gorga's Net Worth and Salary from the Show

Capri also landed a role, 'Kai', in the 2019 movie, 'American Skin', only the second addition to her on-screen speaking-role credits.

Stay tuned and connected to IdolPersona for more updates on your favorite celebrities.