Home / net-worth / How Much Is Clare Crawley Really Worth? The Complete Net Worth Details 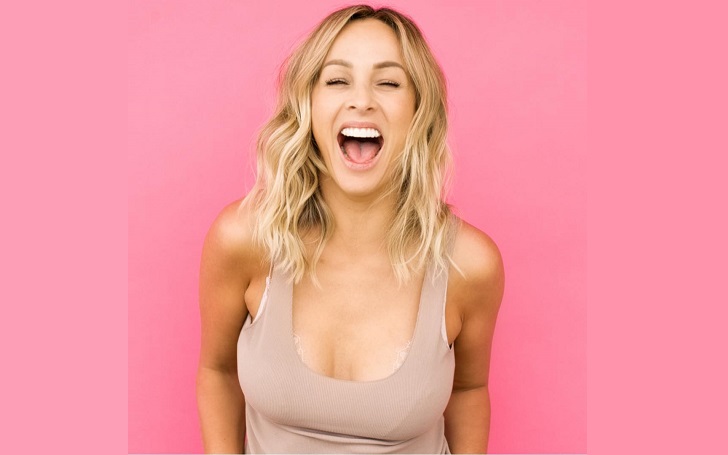 Ever wondered how much the stars of 'The Bachelorette' earn? Stay with us for the detailed breakdown of Clare Crawley's net worth.

'The Bachelor' introduced us with many promising stars, and Clare Crawley is indeed one of them. Already a part of a past 'The Bachelor' season, she has been a household name for the television fans, which definitely adds a fair share of earnings into her net worth.

Crawley, aged 38, originally, was a glamorous hair stylist for more than 18 years before finally getting exposure to the 'Bachelor' world. The-Sacramento-based diva, today is a reality TV star and a potential candidate for 'The Bachelorette', according to the likes of Reality Steve.

Crawley got famous after featuring in the eighteenth edition of 'The Bachelor' and being the runner-up, second to Nick Ferrell. Furthermore, she kept on seeking love with participation in the first two seasons of 'Bachelor in Paradise'. However, she failed to win in both the occasions.

As John Cena and every other motivational speaker would say, "Never Give Up", Crawley competed on ABC's 'The Bachelorette', hoping to be lucky the third time. Surprisingly, it seems that the attempt will finally pay off as Reality Steve broke the spoiler of how Crawley became the 'Bachelorette', just a few days before the actual telecast.

The news definitely surprised many since she was older than other contestants. Not only that, she also came off a broken engagement with Benoit Beausejour-Savard.

The digital hairstylist further went on to strengthen her online presence with over 395,000 followers on her Instagram profile.

How Much Is Clare Crawley's Net Worth?

Clare Crawley owns an estimated net worth figure of $1 million, as of 2020. Well, her fortune figure comes to no surprise to many as she's been increasingly popular over the internet ever since associated with 'The Bachelor'.

Clare Crawley is rumoured to be the Queen of 'The Bachelorette'.
Source: Instagram

A fair share of her net worth earnings come from her Instagram presence. With a soaring six-digit follower, she earns between $1,000 to $1,700 from sponsorships in each of her post.

You may also like: Renee Zellweger Net Worth - The Complete Breakdown

Crawley's primary source of income before her breakout was her profession as a hairstylist. She made a living out of it, earning around a median annual salary of $24,000 as a professional digital dresser.

Clare Crawley's Earned Nothing from 'The Bachelor' Franchise

Yes, you heard it right, and we were equally surprised when we came across the fact that Clare Crawley's net worth has no direct contributions from 'The Bachelor'. In fact, ABC's reality show never pay their contestants for being a part of it.

Crawley, alongside fellow competitors, has to do their makeup and hair, which costs quite a fortune.

For many, it's a dream moment to compete on the American version of 'Who Wants to Be a Millionaire'. Unlike others, Crawley went to the show with a purpose to raise funds for the 'Getty Owl Foundation'.

Clare Crawley won $10000 from her participation in Who Wants to be A Millionaire in 2016.
Source: Instagram

With active pursuits into philanthropy, she managed to get a $10,000 prize money, despite losing on a $5,000 question in 2016. She dedicated herself to the cause in the memory of her late nephew, Carl.

'The Bachelorette' contestant previously contributed to another charity with a #40Pounds Challenge! Interestingly, 'Emergen-C' and 'Charity Water' partnered to raise awareness around the global water crisis in third-world countries, which required people to share a photo carrying something that weighed over 40 pounds.

'The Bachelorette' star does full justice to her net worth as she lives a lavish lifestyle with big spendings and travels to fancy locations in her classy white SUV.

For more about the net worth about your favorite stars, stay connected with us at Idol Persona.