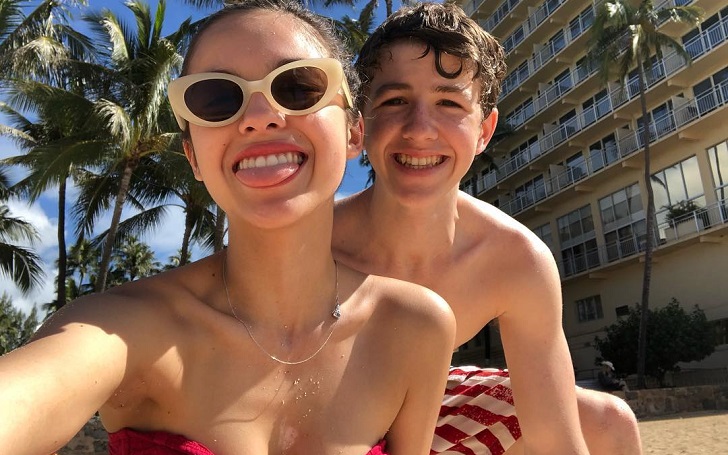 Well, yes. They did confirm their relationship, you know. But are they still dating? Doesn't seem to be so. We haven't seen them on each other's social media handles often. Plus it seems Rodrigo had a new boyfriend last year.

It was quite a story since Olivia Rodrigo and Ethan Wacker met on the set of Disney's 'Bizaardvark'. And despite people accusing her of "switching lanes" with guys, they had a good run, for almost a year. Here's how it all went down.

Meeting on 'Bizaardvark' and Dating Secretly

The first season of 'Bizaardvark' aired in June 2016 on Disney. The two people under discussion are the main stars of the show along with Madison Hu and DeVore Ledridge. When spending time on set, it's natural for people to be attracted to each other, especially as teenagers on the show.

They two gradually spent more time outside of the set too, and we could track their relationship growing closer with their photos on each other's social media handles.

Check Out: The Incredible Married Life of Cory Hardrict and Wife Tia Mowry

After mid-2018, PDAs from the two were too hard to ignore for making up rumors. Everyone just needed to get their words for confirmation.

And Then They Did, The Six-Month Anniversary

On January 2, 2019, Wacker posted a photo in the honor of their six-month anniversary, which is now deleted. It was kind of a shock that they were already six months into their dating life. But it was the confirmation that everyone wanted.

"Happy 6 months! You are the greatest," he wrote as the caption in a photo of him kissing her cheek.

There were signs flowing in the air before the announcement.
Photo Source: Ethan Wacker, Instagram

Of course, wearing matching tracksuits, cooking together and being "partners in crime" was all there. Even though they are not together, it is evident from many of the photos they have not yet removed, that it was something.

They Broke Up, and Rodrigo Was Seeing Colin Haskins

The third and final season of 'Bizaardvark' ended in April 2019 and, it seems, so did their relationship. No one knows how and exactly when they split up. But by August 2019, it seems Rodrigo was dating Colin Haskins. Was she? Calling Haskins "angel bb" means something, right?

Rodrigo and Haskins might've been dating for a while.
Source: Olivia Rodrigo, Instagram

Rodrigo was moving on to a new project from 'Bizaardvark'. She was working on starring in the High School Musical drama, 'High School Musical: The Musical - The Series '. Wacker, meanwhile, hasn't been involved in anything yet, because he broke his leg in two places over the Holidays.

Recommended: What Happened to Jonathan Antoine and Charlotte Jaconelli After Their 'BGT' Finale?

When the show did air, no one could ignore the connection between Rodrigo and co-star, Joshua Bassett. But that seems nothing out of the ordinary.

For now, there are no boys on her Instagram page, of Wacker's. It might be safe to assume that they're both single right now, but it also might mean either of them are not interested in sharing things about their private life anytime soon.

Talking about Olivia Rodrigo's partner as of 2022, there is a lot of noise that she and Conan Gray might have something special between them. However, Capital FM notes, there is nothing except true friendship between them. So, everything between them is purely platonic.

Conan occasionally features on Olivia's Instagram posts, and in some of them, they seem really cozy. No wonder fans thought they were together romantically.

Ethan Wacker: 5 Facts to Know about the Disney Star 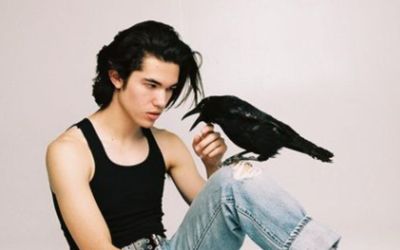 Conan Gray Rumors to be Bisexual, Detail About his Affairs and Relationship