Home / lifestyle / What Happened to Jonathan Antoine and Charlotte Jaconelli Since Their 'Britain's Got Talent' Showcase in 2012?

What Happened to Jonathan Antoine and Charlotte Jaconelli Since Their 'Britain's Got Talent' Showcase in 2012? 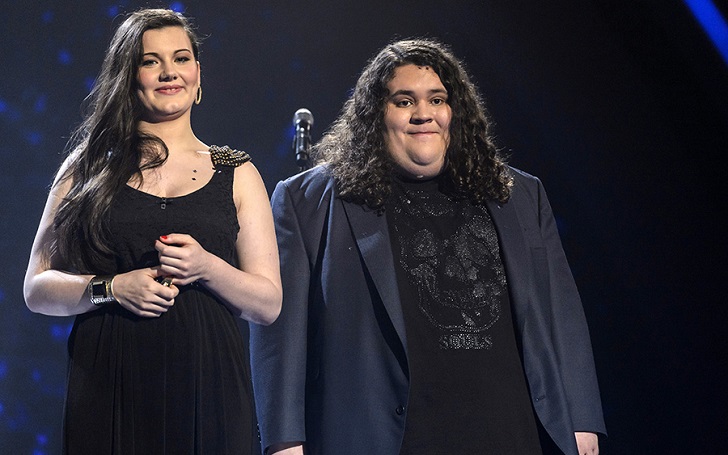 Grab All The Details On What Happened to Jonathan Antoine and Charlotte Jaconelli Since Their Britain's Got Talent Showcase in 2012!!

Jonathan Antoine and Charlotte Jaconelli were best friends going into Britain's Got Talent for over half a decade. The two met in 2006 when they were in high school studying at West Hatch High School and had the most exciting journey of their lifetime in the 2012 season of the show. Nothing was standing in their way after such love and recognition they got from the show.

The pop-opera musical duo finished second to 'Ashleigh and Pudsey,' a journey they took together despite the strictest judge Simon Cowell saying Antoine should dump her during the auditions. Cowell, of course, later regretted saying that to the couple. But he would be right a little while later after their new journey together in music.

The duo had one heck of a run on BGT.
Source: Classic FM

The two split up and have gone their separate paths together. They are rarely seen together, but each has had such an exciting journey going solo nonetheless. But what happened to the two to drift so much apart? Are they not friends anymore, let alone best friends?

The standing-ovation performance of 'The Prayer' in the final of Britain's Got Talent was not enough for the win. Despite the fans being disappointed, they chose to remain positive as Charlotte exclaimed, "Oh my God, we came second out of 70,000 people, it's incredible; it's been amazing."

The duo signed up with Cowell's record label, 'Syco Music,' in the $1 million deal that was highly speculated. Meanwhile, Sony boss Rob Stringer had a US deal with Columbia Records.

'Jonathan and Charlotte' then released their first album together, smartly named 'Together' on September 24, 2012, in the UK. Sony handled the US releases on October 30, 2012. The album includes their finalist performance, 'The Prayer.'

Recommended: The Ultimate Relationship Between Rosario Dawson and Her Daughter Lola

The two also got an ITV documentary of their own, showing Cowell apologizing to them for suggesting the split when they were on the show. They also released their second album, 'Perhaps Love' on October 14, 2013. They also recorded some solo songs of their own. A sign that they were drifting apart, perhaps?

Their France and Italy tours were also featured in the documentary.
Source: Justin Goff, Goff Photos

It was. When the time came for a third album together, they couldn't do it. And after the sale of a quarter-million copies of the two albums, they had split up; they made their announcement via their website, which is now Jonathan's solo site.

Split-Up Reason: They Couldn't Agree on Some Things As Sony Suggested They Release Solo Albums

When the two went into talks with Sony for their third album in January 2014, they couldn't agree on some songs.

"We went to discuss our third album with Sony and sat there going through our repertoire, trying to agree on songs," Charlotte told Evening Standard two months following the split. "At the end of the meeting, we realized that we couldn't agree on anything."

Sony then suggested they could release two separate albums with their independent names. It was something that made them realize they wanted to do different things. They took an emotional month to think and decided they should break up.

Did Sylvia Browne Predict the CoronaVirus Outbreak in Her 'End of Days' Book?

In February of that year, they released an official statement on their former website. "We have had the most exciting journey together ever since meeting at West Hatch High School in 2006 and are so happy. To come second on BGT and sell over a quarter of a million albums was beyond our wildest dreams. To now be offered our own solo record deals by Sony Classical is the most exciting thing ever, and we are thrilled to be going back into the recording studio so soon. For those that voted for us, bought our CDs and saw us in concert – thank you. We hope to see you soon at our own shows. Love Jonathan and Charlotte."

Then they worked on their solo albums separately. They were always working in unison and always agreed on songs; Charlotte reminisced on BBC Breakfast in June 2014. They couldn't do it anymore.

Watch: Charlotte Jaconelli Talks about Her First Album and the Split with Jonathan Antoine

The 26-year-old also mentioned, with Standard, how it was kind of scary rather than sad starting their new journey again. Charlotte thus released her first solo album, 'Solitaire,' in July 2014. Meanwhile, Jonathan released his first album, 'Tenore,' in October 2014. He also lost significant weight to gain more confidence before the release.

Despite Thinking They'd See Each Other Often, They Did Not, For Years

When Charlotte was performing her first solo show at Century Club in Soho in April 2014, she'd said, "It's not like just because we don't make music together we will never see each other again. But it is sad because we've been through such a massive journey together and we've always had each other to rely on."

However, the first part could not go the way they hoped. They were hardly keeping in touch, or ever. During an appearance on 'Lorraine' in April 2017 with former 'BGT' stars Jamie Raven and Francine Lewis, Jonathan reflected on those moments.

It seems Jonathan and Charlotte were not contacting each other since the breakup.
Source: Rex Photos

The 27-year-old confessed he doesn't get to speak to her at all. "We don't get to speak very often, but that's just the nature of the industry. When you're grafting, you don't really get the time to speak to your friends. Thankfully my family come to all my events and they are my support team."

The guy's album, 'Tenore,' reached number 13 in the UK and number one in classical music chart. He released his second album, 'Believe,' which was a little less popular than his first. He also went to his first concert in the US in September 2018, as he regularly tours.

Meanwhile, Charlotte moved her career to the West End after 'Solitaire,' as she always dreamed of doing. She's still continuing her musical theater career, starring in Sweet Charity at the Donmar Warehouse in London and in 'Heathers: The Musical.' 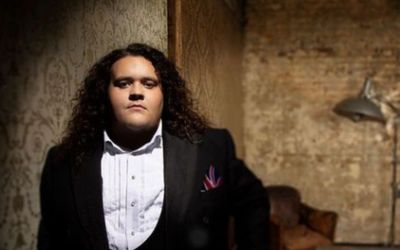 Is Jonathan Antoine Married? All the Facts Here