Home / health / Did Sylvia Browne Really Predict the CoronaVirus Outbreak in Her 'End of Days' Book?

Did Sylvia Browne Really Predict the CoronaVirus Outbreak in Her 'End of Days' Book? 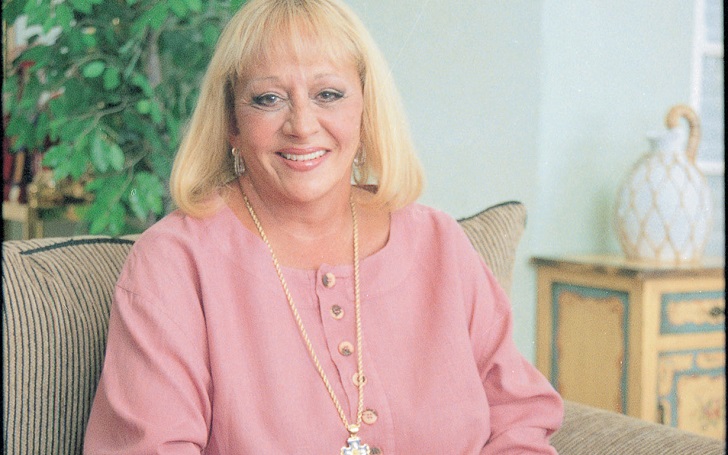 There've been many conspiracy theories about the origin of the outbreak of the Novel CoronaVirus, aka COVID-19. While the theories are all somewhat weird and literally unbelievable, there's something spooking people out and about. Yes, someone kind of predicted the situation we're all in today.

While Sylvia Browne's words in her 2008 book, 'End of Days: Predictions and Prophecies about the End of the World', are "almost" spot-on, the spooky predictions go as far back as the sixteenth-century warning by Nostradamus, as well as the Christian Bible and even an idea about extra-dimensional origins. Of course, Bill Gates, too, warned of an epidemic or a pandemic coming in the coming decade since the mid-2010s. He was right!

Browne was a self-proclaimed psychic, and people did call her predictions crazy as quite a lot of them seemed to have been completely wrong. However, there are some that did make up for them. But is the one related to this pandemic correct? That "Broken clock is right at least twice a day" thing, maybe?

Here's what she wrote in her book that relates to the pandemic. "In around 2020, a severe pneumonia-like illness will spread throughout the globe, attacking the lungs and bronchial tubes and resisting all known treatments. Almost more baffling than the illness itself will be the fact that it will suddenly vanish as quickly as it has arrived, attack again 10 years later, and then disappear completely."

As soon as someone saw this, pictures and discussions about predictions started trending on Twitter. Of course, getting the support of someone famous for being famous, Kim Kardashian West, did help the spread.

Meanwhile, Browne's words seem right, at first glance. She got that at right; CoronaVirus infection is a pneumonia-like illness; it's spreading throughout the world like wildfire and attacks the respiratory system, as well as is resisting every known treatment right now. So is the prophecy fulfilled?

But that's where it stops, and there's still things a little off about those earlier words. While the second sentence is something we have yet to experience, there are some scientific trends confirmed. And the first sentence has already been debunked too.

'Centre for Inquiry's Benjamin Radford disapproved of the "severe pneumonia-like illness" claim. He insists while the disease can lead to pneumonia, it's not "severe" as "most of those infected (about 80%) have mild symptoms and recover just fine, and the disease has a mortality rate of between 2% and 4%".

Meanwhile, the second sentence is also considered to be wrong, although it also depends on how long "as quickly as it has arrived" is considered. If it means a few months or half a year since the outbreak, there's still things to confirm.

However, it hasn't vanished yet, and there isn't signs that it'll disappear completely anytime soon. Still, health experts have made it out to be seasonal and might end during the peak of summer. And it will likely come back only a year later, like the flu, only more lethal.

Many people believe it is just a coincidence that some of the passage was right. After the SARS pandemic cooled down in 2003, health officials have warned of another serious strain of the virus breaking out sooner or later.

COVID-19 is, as many are already aware, of a similar strain as the SARS virus. And if anyone had said there would be a similar epidemic to SARS in the future, they would've been right. Plus, out of many predictions Browne's made, she was bound to be right about something.

The 'End of Days' book also had predictions about the stock market no longer existing, robots working in our homes, and we would have cures for amyotrophic lateral sclerosis, obesity and blindness. Also, a cure for Parkinson’s disease and paralysis would be discovered by 2012, which is still some ways to go.

Browne had a cult following until her death in November 2013. There was a missing persons case she used her predictions in that went horribly wrong. In 2004, she told the mother of a kidnapping victim Amanda Berry that her daughter was not alive anymore. Berry's mom died believing she was no more, but then, Berry was found alive in May 2013.

Meanwhile, her book has been back to attention in the charts. It's reached No. 2 on Amazon's nonfiction chart, and the physical books have been sold over hundreds of dollars worth. Whether the prediction's right or not, it matters on how well you know of the facts about the Novel CoronaVirus. There are a lot of fake reports floating around as well. For now, it is a mixture of truths and falsity.

Stay tuned and connected to IdolPersona for updates on your favorite celebrities.