Home / lifestyle / Why Did People Think Missy Elliott Was Married? Is She Dating Anyone Now? 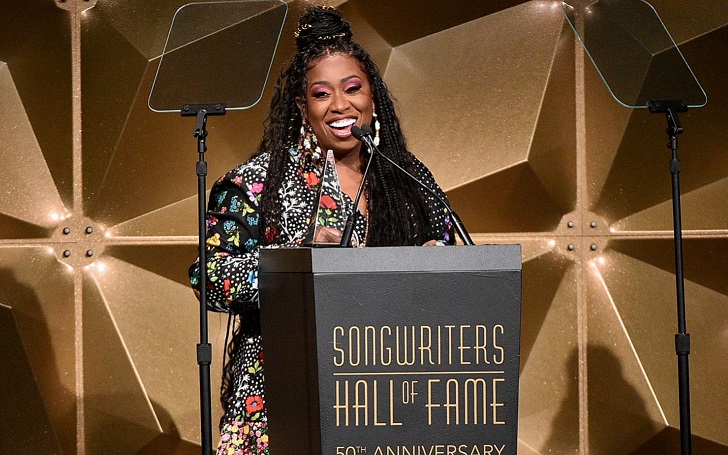 There's a reason Missy Elliott (net worth) likes to keep the details of her relationship private. Actually, there are tons of reasons a celebrity singer/songwriter like her needs to keep it private. But people have been dragging her sexuality for years, linking her to numerous female personalities. In fact, Timbaland is the only male personality she's been linked to. But she's never confirmed any of those, so it all rests down as mere speculations.

The incredible Missy Elliot rose to fame in the mid-'90s when she moved to New York and worked with Timbaland on writing songs for other musicians, despite and because the industry people thought she was a little big for being a singer. She did lose weight later though but under her own terms.

And since then, she hasn't been short of relationship rumors with female singers who she worked with. And it's a big part of why she keeps her dating life private, people are nosing in too much.

The Elephant in the Room: Missy Elliott Never Married Sharaya J As She's a Mother-Figure for J

She's been linked to many, many stars over the year. But perhaps the craziest of those rumors is that she actually tied the knot with her music protégé, Sharaya J, allegedly. It's unclear if she's gay, but it's definitely true that this was never true.

Really? Just because they worked together?
Photo Source: The YBF

The tabloids discussed these in 2013 as they thought they had been dating for five years before that, with no absolute proof of that. Also, Missy had been away from the spotlight since 2008, after being diagnosed with the onset of Graves' Disease, a thyroid-affecting autoimmune disease.

After several unconfirmed discussions floating around, Sharaya herself confronted the media about them. In 2015, she mentioned 'The Fader' and that she calls Missy her "music mother".

The truth was that Sharaya befriended Missy in 2010 at a dinner party thrown by mutual friends. She then toured Europe with Missy as a dancer, while also performing her own routines in between. They were traveling the world performing together and observed Missy closely as a mentee, choreographer and fan.

Sharaya kept learning from her in the studio, helped her choreograph her Super Bowl performance with Katy Perry, and was given excellent feedback advice in every turn of the up-and-coming performer. And that's all there is to it; they are just a couple of student and teacher duo.

'Lies!' Keri Hilson Shouts Back at People Spreading the Rumor

In 2011, Missy was rumored to have been dating another singer, Keri Hilson. But she wasn't taking it anymore, after so many rumors. She took to Twitter to address the rumors. She wrote in response to one such talk (in a now-removed tweet), "Girl It amazes me how we never worked 2gether and barely know each other but they make up a full out lie! Smh!"

Of course, Hilson also slapped back at such people, replying, "Lies!! How do those ppl sleep at night? I love & respect Missy & her work, but we've never worked & I've prolly seen her 5 times in my life!"

There were a lot of questions unanswered, and the speculations don't seem to stop at all. One of those rumors that have been addressed is that with 'The Real Housewives of Atlanta' star Eva Marcille Sterling.

Marcille herself had a lot on her plate with the child custody battle raging against her ex Kevin McCall. While there was a silver lining to being in love with her now-husband, Michael Sterling, since 2015, it didn't take long for people to start speculating almost anything about seeing Marcille with Elliott on a number of occasions.

While Missy hasn't spoken out about this one, Eva considered it necessary to just get it out of the way after already getting engaged to Michael. She stopped by 'Watch What Happens Live with Andy Cohen' on March 11, 2018, to refute the rumors, stating, "Let me clear this all the way up. I’ve never dated women, I never dated Missy, I never dated any of these people, they’re my friends."

Of course, there's Eva's own history of relationships to take as proof of her words. And she & Missy were under the same management for over 13 years, and it was natural for them to be seen together on those many occasions.

It's crazy how people seem to try to fit each and every people Missy's ever worked with into her relationship timeline. The fact that Missy herself has not settled the gossip also helped their cause. But when it all comes down one possible reason that Missy's never dated these people is that she only mentored them to fame as she was mostly a songwriter in her early days.

Around the time (the mid-90s) she was working with her close personal friend, the late Aaliyah, reports stated that she was dating Nicole Wray from 1996 to 1998. But then again, Trina was also linked to Elliott from 1997 to 1998. In reality, Missy was just helping them break out in the music industry.

Yeah, Missy and Nicole were never in a romantic relationship.
Photo: Tumblr

Even Faith Evans made it into the rumored dating list of Elliott in 1999. But the truth happened so that Elliott actually introduced Evans to her second husband, Todd Russaw. And just being seen with Da Brat was not enough evidence to link her and Missy together.

Another singer who made it to the list was Olivia Longott. The rumors of dating between 2002 and 2004 sparked after they were seen partying together on a number of occasions.

Olivia and Missy were only close. Friends party too, you know.
Photo Source: Getty Images

Kimberly Jones, aka Lil' Kim, was also rumored to be in a relationship with Missy around 2003. But despite not saying anything about that, there's only respect between the two. Nothing else of the sort.

Author Karrine Steffans and singer Charlene Keys, aka Tweet, also made it to the list. Meanwhile, Timbaland came into the picture just because they started their journey together. He was married by the way, and technically, still is.

She Does Want to Be a Mother

For now, it seems concrete that Missy Elliott is single. But one of the best things about her to down all these rumors and something she's been vocal about is her desire to "definitely" be a mom. She certainly has that quality about her, considering how many singers she's mentored over the years, despite not being much older than the mentees.

However, she was not ready to go through a natural birth to have a child. "I don't know if I can take that kind of pain," she told People in 2008. She also said this at a time that you may find amusing, "Maybe in the year 2020 you could just pop a baby out and it'd be fine. But right now I'd rather just adopt."

As an inspiration for young, out-of-shape singers, there's no need to besmirch her reputation. Although, she has her various honors and awards to counter with. And did you know she's the first female rapper inducted into the 'Songwriters Hall of Fame'?

Stay tuned and connected to IdolPersona for true love stories that absolutely need to be known.

Who is Timbaland's Wife? Grab Details of His Married Life