Home / lifestyle / Does Jason Segel Have a Wife? Check Out His Relationship History 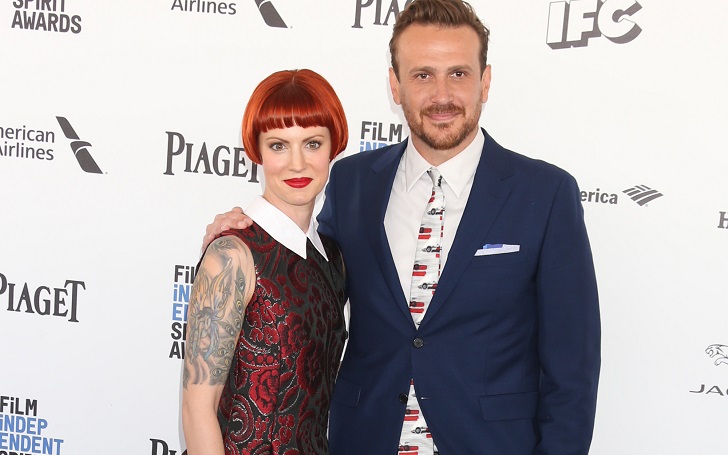 Of course, Jason Segel is not married. But that doesn't mean he doesn't have a life partner to share his time with. While having played a husband in so, so many shows and movies, there's actually someone in his life as of this moment. But he's gotten here after some very emotional separations in his life. And he's taken every lesson he can from all those previous breakups.

If you didn't know his 'How I Met Your Mother' co-star Alyson Hannigan is married, well she is, since 2003, with two little kids. In a way, Segel, too, had a girl of his own. Until the end of the show, he had a third serious relationship on the way, with a few links & rumors along the way.

Segel, who holds a net worth of $55 million, first dated Linda Cardellini from March 2001 until they separated in early 2007, the relationship thought to be the inspiration for his 'Forgetting Sarah Marshall.' After a few small-time relationships, Michelle Williams was a serious one in 2012, which she didn't want to go too deep into. But when he met his new girlfriend, Alexis Mixter, his pursuit of dating famous people ended in 2014.

Towards the start of his career, one of Jason Segel's first significant acting roles was with the TV series 'Freaks and Geeks,' with a little help from Judd Apatow. After a second season of the show was not to arrive, he started dating the star of the show, Linda Cardellini, in 2001.

In early 2007, the two broke up. And he had a new project on his hands, that thing called 'Forgetting Sarah Marshall.' When the film was released, and Kristen Bell had to lock into his eyes because he was not decent in one scene, some thought Bell's role was based on his ex-girlfriend in real life, Cardellini, because well, you know, the breakup kind of happened in a way similar to that scene.

But Segel was indifferent to what people thought. "I can't control what people think," Segel said after the movie was released. "I was still very much a child [then], and this was more an amalgamation of a lot of different relationships and breakups I've had. People are bound to talk, but she was a great girlfriend."

According to a piece by the Los Angeles Times, "This breakup really broke up Jason Segel." It's as literal as it can get.

Segel and Michelle Williams Were Working Long Distance, But She Wasn't Ready for Commitment

After a couple of rumored relationships and some kind of confirmed ones, he started dating another actor Michelle Williams in February 2012. But there was a certain distance along the way, literally. 'How I Met Your Mother' was filmed in Los Angeles while Williams was with her daughter in New York.

It was real while it lasted.
Photo Source: Hello! Magazine

They dated for a year as they separated in February 2013. But the breakup really didn't go sour at all. It was kind of difficult for Williams to really commit to the relationship despite Segel's several attempts to make it right. He flew to New York at every chance he got.

Find Out: Is SNL Star Leslie Jones Dating at All?

Williams was not ready for a bigger commitment as she didn't have the confidence to have that commitment because they were living so far apart. "She cares a great deal for Jason but is not ready to make a commitment," a source told People at the time. "Maybe if they were together day-to-day, she would have more confidence in a future. But not at this time."

Despite the public cherishing the support for their relationship, their hearts were only days later.

After separation from Williams, he had a little stint with another actress Bojana Novakovic from May 2013 to 2014. After 'How I Met Your Mother' ended, he was rumored to have had another girlfriend in December 2014. He was photographed with photographer Alexis Mixter quite often that month.

It's been almost years since they began dating.
Photo Credit: Instagram

People reported he was reportedly dating his now-girlfriend, who was relatively unknown in the acting world. It seems his journey of dating people from the film industry ended after the commitment.

Recommended: Shonda Rhimes Wants to Be Committed, But Not by a Marriage

They both live in Los Angeles but are now isolating themselves from each other three hours apart. And as recently as early May, he was seen driving up to her home to deliver her food. Yeah, he was wearing a mask, but his thick beard must've been a little too discomforting with the mask.

Other People, He Was Linked to During His Single Days

As good as his current relationship with Mixter is, it seems he didn't have much luck with other people in the industry, all through the acting world. After separating from Linda Cardellini, he was said to be dating Drew Barrymore in 2008.

Was anything about the link true at all? Apparently not.
Photo Source: Instagram

In 2009, Segel (weight loss) was rumored to be with Chloë Sevigny and, at the same time, linked to Michelle Ryan and Michelle Trachtenberg in between (three Michelles in total?). Then in December 2009, he was seen with Lindsay Lohan as she was leaving his home in the morning. They were said to have been having some sort of a fling with her. But his representative shut down the rumors.

However, it would take quite some for him to get back into the dating scene as he dated Williams two years later only.

Who is Mike Tyson's Wife? Some Facts to Know About His Married Life