Home / health / Jason Segel Weight Loss — Why Was He Forced to Do It?

Jason Segel Weight Loss — Why Was He Forced to Do It? 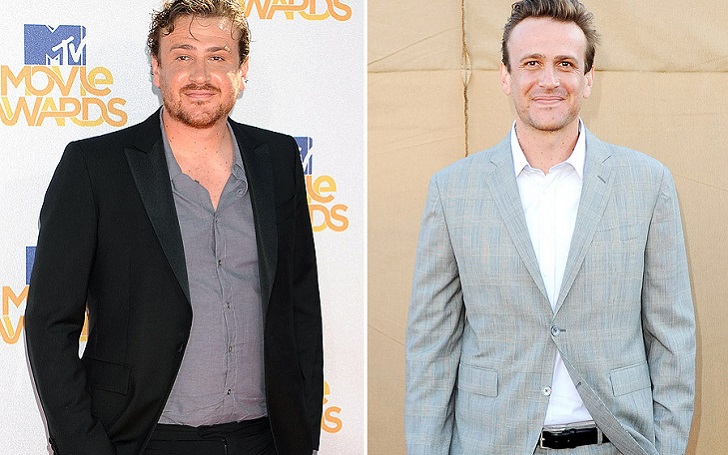 Grab All The Details On Jason Segel's Weight Loss!!

Jason Segel was at his career-high in the early 2010s as 'How I Met Your Mother' became the sitcom to watch. While he may have enjoyed fairly successful days with the show, there was something that people argue shouldn't have happened. Segel was forced to lose weight for another project, the effect of which was purely seen in those crackling episodes of 'How I Met Your Mother'.

Since the end of the show, Segel started fading into the darkness of Hollywood, vanishing after a couple of movies. We didn't hear from him for quite a while, but he's back with 'Dispatches from Elsewhere', and if you're a fan of Segel and haven't heard of it, there's something wrong with you.

Wait, what? Go and see it.
Photo Source: Dispatched from Elsewhere, AMC

In 2012, Jason had to go through a 30-pound weight loss under the demand of Ron Meyer, the president of Universal Pictures, for his movie 'The Five-Year Engagement'. They provided a trainer to set him up with workouts twice a day and watch his diet. In 2013, however, of his own volition, he started living healthy for his 2014 movie, 'Sex Tape'. Taking about Segel's personal life he is not married.

It may have been reveling to see Jason Segel in such a shape when 'The Five-Year Engagement' aired in movie theaters, but the story behind it was not as anyone would've thought. When he went on to reveal in 'The David Letterman Show' that he was forced to go through a certain weight loss process, some people did not find this particular aspect of how Hollywood worked just.

"I was forced to lose weight for this movie," Segel told David Letterman on his show in April 2012. "It was by the studio president! I was told it had to be conceivable that Emily Blunt would ever choose me to be her husband, which I think is fair enough. I had to lose a good 35lbs."

He may have been diplomatic in his answer, but there wasn't a really good reception to the thought that an actor would have to be forced to lose weight. A particular column by 'The Guardian' mentions how this meant female actors would have to be even thinner to feature in movies.

For the movie, Segel was sent a trainer to help him lose 30 pounds by working out twice a day. The trainer was also monitoring what he'd been eating every day.

Jason Segel did not like the first weight loss journey.
Photo Source: WireImage

The weight loss was not particularly pleasing for the actor, but he did have one trick up his sleeve to not be too restricted with the diet. "What they didn't anticipate is that I'm very clever and I play a chef in the movie, so there were a lot of scenes in which I had to eat," he told his host. "So I paid my co-star's phenomenal amounts of money to mess up their lines during the scenes and I'd get to keep eating!"

See — a silver lining to everything.

After 'How I Met Your Mother' concluded, Jason Segel had an exciting project to look forward to working with Cameron Diaz on 'Sex Tape'. (Did that sound a little weird?) So he had to look his part when he goes topless. When he walked out on the red carpet during the CW, CBS and Showtime's Summer TCA Party in L.A. in July 2013, you could see the changes he's had since 2010.

The movie became one of his last projects for a few years.
Photo Source: Patriot Pics/FameFlyNet

"I've just been living healthy, exercising, eating right — no more midnight pizzas," Segel told Us Weekly at the event. "This time when I take my shirt off, I've made a promise to myself, it doesn't have to be funny."

Revealed: Zach Galifianakis Had One Simple Trick for Weight Loss

Yeah, he did build up the abs in the years leading up to the latter film.
Photo Source: Universal Pictures & Sony Pictures Respectively

And my oh my, the difference was not avoidable from being seen on screen when 'Sex Tape' was released in 2014. Plus, it's nice to hear Segel did it of his own volition and not because he was forced by the industry. And he's been retaining that dashing look pretty graciously, not with the beard back again.