The English singer, songwriter, actor, and television personality Ozzy Osbourne rose to fame during the 1970s as the lead vocalist of the heavy metal band 'Black Sabbath', during which he adopted the nickname "The Prince of Darkness" for his crazy antics on stage and off.

Osbourne's known as a legendary singer for years. However, now the singer and entertainment personality is opening up about something more serious.

Fans of 71-year-old Ozzy Osbourne were saddened this week by the news that the rock legend has Parkinson's disease.

The rocker, who boasts a staggering net worth of $220 million, had surgery on his right hand after he developed a staph infection and was then hospitalized due to complications from the flu. Only a month later, a late night fall at home caused injuries that required surgery on his neck and spine.

Osbourne has looked unwell for some time undergoing various health problems in the past few years, from pneumonia to neck surgery after a fall.

The singer's wife and manager, Sharon Osbourne, are shedding light on the private health battle he experienced after a fall and Parkinson's diagnosis. "It's been challenging for us all."

Osbourne told Roberts. "I did my last show New Year's Eve at The Forum. Then I had a bad fall. I had to have surgery on my neck, which screwed all my nerves."

To make matters worse, Osbourne revealed he was diagnosed with Parkinson's disease, a neurodegenerative disorder that progresses slowly in most people, and has no cure.

"It's PRKN 2," said his wife, Sharon. "There's so many different types of Parkinson's; it's not a death sentence by any stretch of the imagination, but it does affect certain nerves in your body. It's like you have a good day, a good day, and then a terrible day."

The Prince of Darkness appeared smiling an interview alongside his daughter, Kelly, but he also expressed what a problematic year he's had after a string of health woes that pushed back the singer's tour dates across the world.

This last year has been hell for me," he said. "I've had surgery on my neck, I've announced to the world that I've got Parkinson's — it's been one rock' n' roll year for me."

When the interviewer interjected that with all that Ozzy would still tour, the metal legend responded, "Well, if I'm well enough, I've been working towards it having physical therapy every day. I'm doing the best I can."

The 71-year-old rock star is still going strong regardless of his disease with the help of his wonderful wife, Sharon and his kids. It's astonishing how Ozzy still says that we will do his tour if he recovers.

The singer has millions of admirers praying for his speedy recovery.

Also read: Tokyo Vanity Net Worth - How Much Did She Make From Love & Hip Hop: Atlanta?

Tune into idolpersona.com for more stories on your favorite celebs. 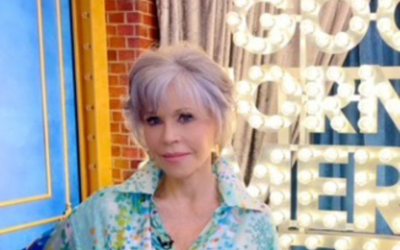