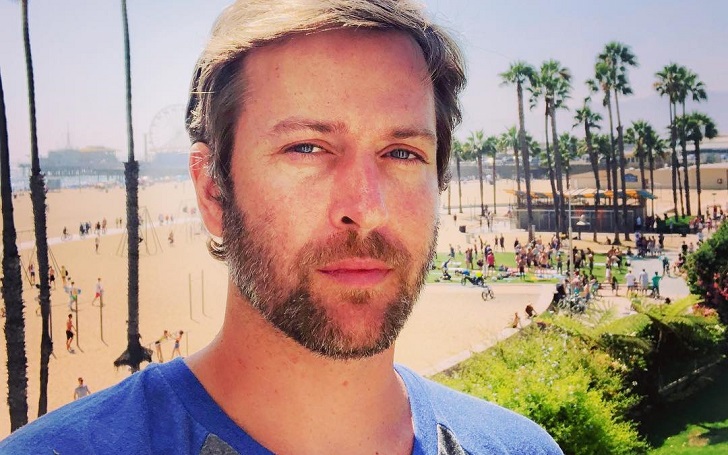 Karina Smirnoff's engagement to Jason Adelman ended as quickly as it happened, two months to be precise. It was her third engagement, and no, it was not a charm.

The relationship ended in March 2015, reportedly because Adelman was not comfortable with Smirnoff's behavior around other men. When considering she had to dance with other men as partners on 'Dancing with the Stars', her rep's fury at him might've looked a little reasonable.

The relationship ended abruptly and in quite a sour note.
Photo Source: Flame Flynet

Regardless of his relationship turmoil with Smirnoff, he had a career of his own as an actor. But since retiring a decade before the relationship with her, he's been in a different profession since then, but none of the prominent news sites has mentioned anything about either of his career paths.

Adelman Is a Long-Forgotten Actor

Born on October 30, 1977, in Southern California, Jason Adelman actually majored in Film from California State University of Northridge. But it seems he is not too proud of that profession despite being a select in the acting class among Leonardo DiCaprio, Tobey Maguire, Sara Gilbert and Danny Nucci.

Adelman may or may not have been an actor.
Photo Source: Jason Adelman, Instagram

According to his IMDb profile, a talent scout picked him up at the age of 10 to feature in a commercial for 'McDonald's'. Since then, he went on to feature in a number of movies and TV series until 2005, when he retired from acting with the recurring role in 'American Dreams'.

Also: Some Things You Should Know about Mike Wolfe's Wife Jodi Faeth

However, due to lack of direct connection, this little fact of Adelman still remains unconfirmed as his LinkedIn profile says he graduated from the California State University of Northridge in International Business/Trade/Commerce, something his Instagram profile also supports.

He Started a Company of His Own Afterward

Adelman's Instagram bio links to a website he set up for his latter career path, entrepreneurship, which also supports his LinkedIn details relating to the companies he owns. It also fits well with the acting profile as the business journey seriously started after 2005.

According to the Jason Adelman Companies website, he started off his business career by providing risk management, financial analysis, and insurance services through two independent insurance brokerage firms. He still owns and runs them, 'HCF Insurance' since 2003 and 'Affinity Global Insurance' since 2009.

Adelman also acquired a 165-bed skilled nursing facility and grace sub-acute hospital in San Jose, California, in 2008 and has been the President of the AvantGarde Senior Living, a 138-bed, state-of-the-art residential care facility for the elderly located in Tarzana, California. He manages all of them and the several real-estate & business ventures through his equity firm, 'Adelman Investments, LLC.'

Adelman Loves Traveling, His Dog, and Above All, His Niece

A swipe through his Instagram profile will have you know he's quite the traveler. But more often, a little girl is seen with him more often than anything else. Of course, his dog, Winston, is also seen in a lot of those posts.

The guy's been pretty clear the child, Molly Rose, is his niece (from his best friend Emily Kadow, by the way), but he's never the one to miss out on all of her important events, including her preschool graduation. The three are really close.

Suggested: Is Nicole Byer in a Relationship of Some Sort?

It seems Adelman was Smirnoff's last engagement for now. Neither of them has shown big signs of someone new in their life, but it doesn't look like single life isn't all that bad for both of them either. However, it did come as a surprise that Smirnoff is pregnant with her first child right now.