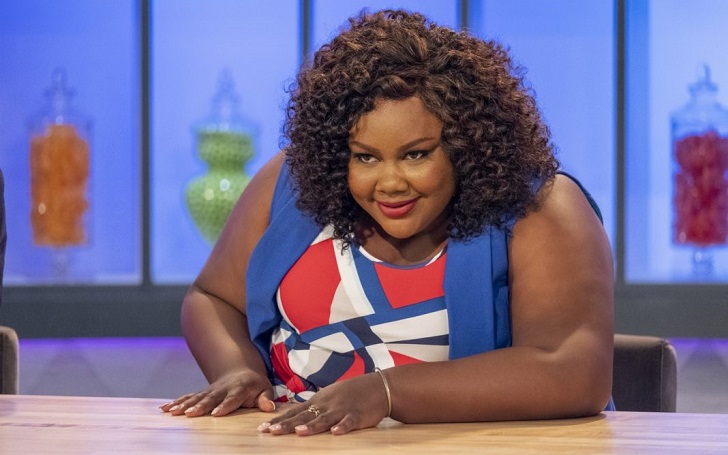 Nicole Byer rays out body positivity, but she says she's not body positive. And yes, being a comedian makes it hard not to be a hardass about several controversial topics, including those related to dating.

Actually, it's especially dating. She has a whole podcast about dating, titled, 'Why Don't You Date Me?', of course, talking about love and all those things. But does she have anyone in her life right now? If you are a fan continuously listening to her podcast and going to her stand-up shows, you'd know the answer.

Forget a Husband, Nicole Byer Has Been Single for Decades but Still Gets Asked for Dating Advice

For her whole 33-year life, Nicole Byer's been single. But it's a surprise considering how smart and funny she is. But even she acknowledges dating a personality of her status is equally challenging. Getting that fame via her podcast, isn't actually helping her romantic life either, while still saying, "there are so many things working against me." But she totally understands why.

No she doesn't have a husband yet.
Photo Source: Nicole Byer

"I understand I'm not the ideal standard of beauty. I’m not someone who people want to bring home to their mother," she says. "I think that having my own money is demeaning to some guys, as well as being loud and someone that other people like. This sounds full of myself, but my fans really like me. They come to my meet and greets and want to connect with me, and I try to give them a little bit of myself, because I appreciate them. So any date would have to understand that the people who watch my content share my life, too. That's asking a lot."

Find Out: How is Matthew Goode's Married Life Treating Him?

The 'Nailed It' host's podcast also clearly states the obvious. 'Why Don't You Date Me?' causes people to come to her for advice for their dating life, even though she admits she doesn't know anything about dating.

I don't know anything about dating! If I knew, I would be dating somebody.

Byer is also the co-host of 'Best Friends' alongside comedian Sasheer Zamata, talking about modern female friendships. When The Guardian's Coco Khan asked her if forming friendships is similar to dating, she replies, "I think people are just as scared to make a move on a friendship as they are with a relationship. I think we are all terrified of being rejected."

When asked if getting rejected is the reason people don't ask her out or something, she gives an example of people questioning her on online dating apps.

"So you're saying these people maybe think I'm going to reject them? Hmmm. That would be an interesting flip. I do sometimes have people ask me on the apps: 'Is this really you? Are you really Nicole Byer?' So I'd say: 'Why would I use Nicole Byer as a catfish? And they’d reply: 'Why wouldn't you?' "

Then, she realizes why "black women have such a hard time on apps" when she was reminded of the statistics on such dating apps.

But She Really Wants a Boyfriend, And She Is Optimistic

Of course, she is optimistic. Why would she name a podcast, 'Why Don't You Date Me?' if she didn't want a date in real life? No, for her case, she didn't choose the title so she could just showcase her comedianship. But it's because "her life is her material".

She is searching for love you know.
Photo Source: Stitcher

You might hear about it sometimes on her podcast, she desiring to go on a date with someone. But she's not going to change her persona on the apps to get one. If she does go on a date, it'd be with someone who accepts her for who she is and someone she can accept for who they are.

"I want to be in a relationship," she says. "I will go on a date with a weirdo because maybe they could be my weirdo. And yes, they may be very fun to talk about, but I will go just in case they are perfect for me."

Recommended: Is Lindsay Register Married to a Husband at All?

How does she remain that optimistic? "I do think love is real. And I do think I'm going to find it. ... I have bad days, like everybody else, but I also have ADD, so I'll have a bad day and then something good will happen and I'll forget about the badness."

Way to take that with stride.

Her latest podcast episode is titled, 'Dating During Coronavirus', alongside Jacquis Neal. Give it a listen why don't you. Her book is also out due May.

Stay tuned and connected to IdolPersona for more celebrity relationship content. There are more stories waiting to be heard.