Kelly Clarkson Weight Loss Journey — How She Is Maintaining These Days

American singer, songwriter Kelly Clarkson gained prominence as a pop-rock star after winning the popular television show 'American Idol' in 2002 in its first season. Just two weeks after her 'American Idol' win, Clarkson released her first single, 'A Moment Like This,' which quickly became a hit, and she just went up and beyond after that.

How much weight has Kelly Clarkson lost?
Source: Wikipedia

The singer won a Grammy Award for the best pop vocal album, and 'Since U Been Gone' was honored with the award for best female pop vocal performance. Kelly is famously known in the music industry today, but recently, the singer is noticed for her incredible weight loss.

Let's look into her journey of losing weight.

'The Voice' coach and host of a new talk show, Clarkson promotes body positivity and comes across as comfortable in her skin, and she has talked openly about her 37-pound weight loss.

Kelly's become a role model for body positivity and is candid about her weight struggles in the past, which first came to light after she won the first season of American Idol in 2002.

I was the biggest girl in the American Idol cast too. And I wasn't big, but people would call me big, I've kind of always gotten that.

As she slimmed down, there were rumors about the singer using weight loss pills and using weird fad diets. The singer shut down all the rumors and credits a book, 'The Plant Paradox', by Steven R. Gundry, M.D. She says, "It's basically about how we cook our food, non-GMO, no pesticides, eating really organic."

'The Plant Paradox' program gives readers the tools to enjoy the benefits of lectin-free eating in just 30 days.

Lectins are carbohydrate-binding proteins, if you didn't know, that are highly specific for sugar groups of other molecules. While it's true that specific lectins are toxic and cause harm when consumed in excess, they're easy to get rid of through cooking.

In the book, the author conveys how avoiding lectins offers incredible health benefits but requires a significant lifestyle change one that, for many people, can be overwhelming.

Kelly as cover girl for Self magazine
Source: Access online

A lot of people assume the singer's been working out a lot, but she told Extra in a red carpet interview, "I literally haven't worked out at all!" Clarkson stated, "I think people think I'm working out, and I'm like, 'Don't think I'm going to come play some sport!' " In fact, she's written on Twitter that she hates working out. "I'm sweaty, red, and not any thinner."

Kelly out from her gym session
Source: Daily Mail

She shared with Extra, "I did it for this autoimmune disease that I had, and I had a thyroid issue, and now all my levels are back up. I'm not on medicine anymore because of this book."

For Clarkson, it was not entirely about losing weight as she always expressed being comfortable in her skin; for her it was more about getting to a place where she was no longer dependent on medication for her health.

I read The Plant Paradox by Dr. Gundry. He gives you, yes & no lists 2 go by & tells why you should avoid things & basically it all comes down to lectins & inflammation.

Kelly admitted that it as a "very detailed read" that feels like a "science class," but promised that it has been helpful for her.

How is Kelly Clarkson Maintaining Her Weight?

Since Kelly said she does not workout to lose weight, it all comes down to what she consumes, which determines her weight. 'The Plant Paradox' book gave her an idea of how she should control her diet, which was mostly for her to stay healthier without depending upon meds.

According to Showbiz CheatSheet, Clarkson's Do Not Eat list includes refined starches like rice, pasta, and bread; beans, peas, and lentils; soy foods like edamame and tofu; dairy products such as cheese, yogurts, and ice creams; diet soda and artificial sweeteners; all other fruit except berries; and an extensive list of vegetables.

Also read: Jenna Jameson Weight Loss — Will She Be Able to Replicate Her Last 80-Lb Success?

'So what does she eat?' Is the question. Kelly started to take lectin free food. For example, she still has wine, cake, even fried chicken. But, she modifies her choices these days by cooking with tapioca and almond flour.

Kelly's children on her talk show
Source: Do you remember?

So it is much like vegans who substitute their ingredients but still have similar dishes as the non-vegans. Likewise, Clarkson replaces her ingredients with things she eats.

"For me, when I'm skinny is usually when I'm not doing well," she told Redbook. "If you gauge your life on what other people think, you're going to be in a constant state of panic trying to please everyone. People should concentrate on their own lives and their health and their own happiness, and whatever that looks like for you, be happy with it."

The singer's lost 40 pounds and looks fantastic with her new self. The singer was confident about herself; however, now she feels healthier than before.

Also see: Simon Cowell Net Worth — His Mansion and Car Collection Are Huge!!! 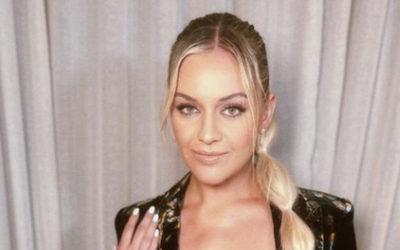