Home / net-worth / Simon Cowell Net Worth — His Mansion and Car Collection Are Huge!!!

British TV personality, Simon Cowell is quite famous from his dead serious judgment to talents in renowned shows like 'The X Factor', 'America's Got Talent' and 'Britain's Got Talent'. Let us delve into how much all that contributed to his net worth and house.

If you are into reality television, then you must have noticed Simon Cowell in the judging panel somewhere, be it in 'American Idol,' 'The X Factor,' or 'Britain's Got Talent.' The veteran artist cuts into the list of one of the 100 most influential people in the world, in 2004 and 2012. As a winner of the BAFTA Special Award, you would be quite surprised to know that he was the one who signed the pop-band 'One Direction' and gave them needed exposure to achieve a tremendous amount of success.

The 60-year-old Simon Cowell has been active as a television personality, producer, and talent manager for almost four decades now and isn't looking to stop just yet. Lately, you could see him in the fourteenth edition of 'Britain's Got Talent,' which aired first in April 2020, amidst the COVID-19 crisis. Known for his critical remarks and comments, the British judge isn't the best person if you aren't good enough, but if you are talented, then he will undoubtedly take you to significant heights, as the records have shown. With so much experience, Cowell not just got accustomed to fame but amassed colossal net worth as well. Let's find out about that.

Simon Cowell's Hundreds of Million in Net Worth

The 'American Idol' judge, Simon Cowell, earned himself a tag of a 'multi-millionaire,' thanks to his work as a judge, producer, and many more. Specifically, he owns a staggering net worth of $600 million as of 2020. Well, the judge remains an inspiration to everyone out there, since he was a college drop-out and did small entry-level jobs, to begin with. However, it was his passion for music that got him a job in a mailroom at EMI Music Publishing, and ever since, he succeeded quite well to push through the ranks.

It was the year 2001 when Simon entered the frame as a judge for 'Pop Idol', and quickly got the popular for his harsh comments. Just a year later, he became the judge of the famous music show 'American Idol' alongside Randy Jackson and Paula Abdul. Surprisingly, he signed a lucrative contract, which gave him a salary of $33 million per season at the Idol show. Besides, he also produced 'The X Factor' in 2004, which was another instant hit in the world of reality television.

Also See: The Net Worth of Khloe Kardashian ! Everything you need to know

Cowell didn't limit upto the musical shows but came up with a unique concept of a talent show, thus becoming the co-producer of 'America's Got Talent'. A year later, he brought it to his home country and appeared as a judge alongside Piers Morgan and Amanda Holden. In 2017 alone, he took a paycheck worth $95 million as his salary, which makes an immense contribution to his enormous bank balance.

Simon Cowell Is the Chief Executive of 'Syco'

Known for his interests in music and television, Simon Cowell went the extra mile in 2002 as he founded a company, SYCOtv, in 2002. It was an entertainment company that did produce top shows like 'The X Factor' and 'Got Talent'. With three divisions like Syco Music, Syco TV, and Syco Film, it is responsible for some of the top entertainment globally. Actually, it was Cowell who signed One Direction, after their impressive performance at the X Factor in 2010 to the company, and produced most of their songs. Furthermore, the firm also released recordings from other stars like Camila Cabello, Susan Boyle, 'Jonathan and Charlotte', and Fifth Harmony.

Although Simon sold the company to Sony after a few years, they struck a 50-50 partnership in 2010, to name it as SYCO Entertainment. Thus, it is one of his most significant sources of income as the company released some hit television shows like 'La Banda,' 'Red or Black' and all the reality shows.

Simon Cowell into Philanthropy and Charity

While the 'British Got Talent' judge-cum-producer, Simon Cowell, owns millions in his bank account; he realizes the need to give something back to the society. He contributed big time to UK's leading charity, 'Together for Short Lives' as a patron. Furthermore, he appeared on the charity telethon of 'Children in Need' and 'PETA.' In the latter, he pleaded the drivers of the cruelty to animals while they lock them in their cars during the summers. During the desperate time of the 2010 Haiti Earthquake, he produced the charity single, 'Everybody Hurts,' to aid the victims.

Interestingly, he even appeared in an episode of 'Who Wants to Be a Millionaire' and 'Saturday Night Live' in 2004. In addition to that, he featured on 'Comic Relief', yet another charity telethon and donated £25,000. Similarly, on July 1, 2007, he was the speaker at the Concert for Diana, ten years after her demise to celebrate her life, with all the proceeds going to her charities.

You May Also Like: The Net Worth of the talented Ethan Suplee

Back in October 2013, the American Idol judge took part in a fund-raiser in Los Angeles for the support of Israeli Defense Forces. While the event raised a staggering $20 million, Simon personally donated $150,000.

When it comes to houses and estates, Simon Cowell has properties all over the United States and the United Kingdom. One of his lavish homes includes 'The Simon Cowell Residence' at Beverly Hills, California, which has a market value of a whopping $29 million. The 9,335 square feet house comprises of six-bedrooms, a garage that fits upto eight cars, a salon, and a professional setup spa.

Likewise, another one of Cowell's estate locates at Cove Spring, Barbados. The 10-bedroom house served as a retreat house for reputed personalities like Rihanna, Tom Cruise, and Prince Harry. It has beautiful scenery with a sea by the side and a lavish pool inside the house.

Recently, Cowell bought a brand new house in Wimbledon, London, for a reported fee of £15 million. According to the reports, the judge and his wife, Lauren, moved into the new house as they always appreciated the area. He moved into the house from his former property at the star-studded area of Holland Park, worth around $12.4 million. Besides, the 'American Idol' judge also owns a mansion worth $24 million comprising a tennis court and plunge pool at Malibu. And in one of those homes, he fell down the stairs to prompt his weight loss. Yeah, money won't save you from the inevitable.

Simon Cowell owns a top cars in the world like Bugatti, Ferrari and The Bentley.
Photo Source: Wallpaper Cave

The 60-year-old producer also owns the classy Ferrari F430, unveiled way back in the 2004 Paris Motor Show, that cost around $200,000. His love for Ferrari was there to stay as he bought the Ferrari California later, which is also priced at a six-figure. Besides, he also purchased the lavish Bentley Azure and Continental GT when they first came into the market. In addition to them, he has a AC Cobra MK IV, a Lamborghini Spyder, and a Bugatti as well. 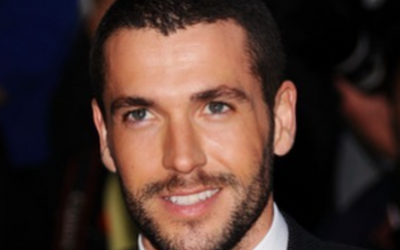 What is Shayne Ward Net Worth in 2022? All Details here 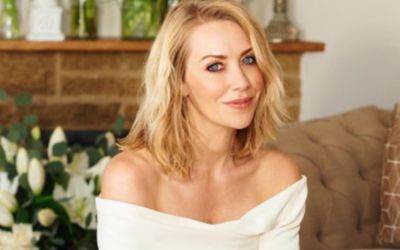