Grab all the details related to the tattoos of the recent SNL Weekend guest Melissa Villaseñor.

Melissa Villaseñor has been making SNL audiences laugh since 2016, with various characters but with the same noticeable smile and funny body language. Her delivery of dialogue and presentation of the character is so distinct from the other actors that she has been able to establish herself as a perfect fit in the cast. Talking about her private life, she is single.

Melissa Villaseñor has been a member of the Saturday Night Live's Cast since 2016.
Source: NBC News

Melissa's impressive performance in the show is not the only notable trait she possesses. A little trivial thing that she gains attention for is her tattoos. The body inscriptions draw many of the 'Saturday Night Live' viewers to be more curious to learn about what they are and what they signify. If you stumbled upon this article looking for answers to the questions, then you came to the right place. You can find complete details on the mysteries of the 34-year-old actress's tattoos.

One of Melissa Villaseñor's most noticeable tattoos is of the two sunflowers and a butterfly. She has the symbol engraved on her upper left arm in black color.

The most prominent of Melissa Villaseñor's tattoos is the Sunflower tattoo.
Source: Imago Images

Villaseñor depicts her love for the beauty of nature, the flowers, in her tattoo, along with showcasing her softer side, which can be one of the main interpretations of the tattoo's meaning.

Find Out About: Frank Fritz Tattoos - How Many Does He Have?

It's like a small flower field on Melissa's arm as all her other tattoos are also inked in the same part of her body.

Melissa Villaseñor has an origami tattoo of a swan near her left shoulder.

She wants people to interpret the tattoo as a symbol of purity, beauty, grace, love, and elegance. Or she might have inked it for the uniqueness of the type of tattoo. Or... Just for fun?

The Atom Tattoo Near the Back of Melissa's Arm

On the back of her left upper arm, Melissa has the tattoo of an atom inscribed. Or it might be some kind of a molecular object.

Melissa Villaseñor also has a tattoo of the atom on the back of her upper arm.
Source: Imago Images

Melissa wants people to see the atom/molecule tattoo as a reminder that we all are made from the simplest of all entities, the building block of all matter and life.

Melissa has a tattoo of a heart inscribed on her left wrist.

The heart tattoo, as obvious to everyone, signifies love. She wants people to love each other more, and to spread affection and kindness among individuals.

Melissa is thinking of getting a new tattoo, and she's already made up her mind about what she will want to carve in her skin. She recently shared a drawing she made on her Twitter, which is probably going to be her next tattoo.

Melissa's upcoming tattoo of arms wrapped around herself.

The drawing of hands wrapped around the shoulders carries a deep meaning. It can be interpreted as a way of embracing yourself and being accepted for who you are, and what you've become. It teaches you to love yourself as many people nowadays are not grateful for what they possess at the moment and are unhappy with their personality and appearance. So Melissa wants to send the message that loving yourself can only be the first step towards true happiness.

However, it is not yet known if she's inscribed it on her body as the post is already a year old. Even if she has, she hasn't shown it openly yet.

Check Out: Bhad Bhabie Tattoos - How Many Does She Have?

Well, that's all you need to know about Melissa Villaseñor's tattoos.

Stay tuned and connected to Idol Persona for more tattoos related content of your favorite celebrities. 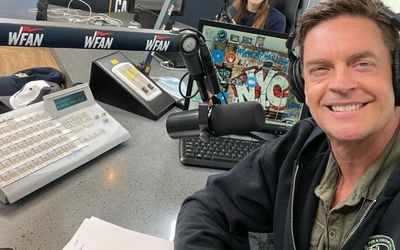 Frank Fritz Tattoos - How Many Does He Have?