Home / net-worth / Mike Wolfe Net Worth — Check Out His House!

Grab all the details on the net worth of 'American Pickers' star Mike Wolfe.

Mike Wolfe and Frank Fritz are America's favorite pickers, and they are nowadays the television superstar. Their show 'American Pickers' is one of the most-watched reality series in the country, and this has really helped them gain a huge reputation.

Mike Wolfe's fame has helped him so much that he's nowadays opened several businesses of his own. Apart from the earnings from the show, he also makes a good amount from his business lines. Let's find out how much the reality star has made over the years, from 'American Pickers' and his businesses.

What is the Net Worth of Mike Wolfe?

As of 2021, Mike Wolfe possesses an estimated net worth of $7 million. His popularity from 'American Pickers' contributes to his millionaire status.

Mike's fame from the show helped him open businesses, many of which are based on collectibles and antiques, and many of these businesses are thriving. The reality star does get his salary from 'American Pickers,' but a considerable amount of his income comes from his businesses.

Mike Wolfe makes a mere $10,000 per episode from 'American Pickers,' but the reality star has other sources of earning too. Mike's reputation has taken him to be an important personality in his field. He now has his own line of retail stores, books, product lines, and endorsement deals. He gets a considerable amount from these sources too.

Mike is now going to have a CBS sitcom pilot based on his life of professional scavenging and antique hunting. It is reported that he will serve as the series' executive producer.

Find Out About: Brooks Koepka Net Worth — The Complete Tournament Earnings of the Four-Time Major Champion

Mike Is Also a Businessman

Mike put his fame to good use by opening his own lines of business based on antiques and collectibles.

Mike opened the 'Rustorations Lighting' store, a collection of lighting that 'gives new life to old fixtures and vintage lighting parts by forging them into functional, one-of-a-kind furniture for your home or office.' The collectibles and pieces are sold in the Nashville Antique Archaeology store.

Also See: Nicole Byer Net Worth — What Are the Comedian's Income Sources?

Mike Wolfe owns a 5100-square-feet luxury house spread over 32 acres of woodland. His earnings from the fame he gained from the show helped him buy this house, Mike's dream house. He lives there with his wife, Jodi Faeth, and their daughter, Charlie Wolfe Faeth, both of whom had certain complications in the early 2010s.

Mike's love for antiques and collectibles can be evident from the things he has stored in his home. His house has a collection of over 40 motorcycles, a castle-like turret, and a built-in telephone booth. And lots of ancient things. Truly Mike's dream house.

Check Out: Simon Pegg Net Worth — Check Out This Sensational Actor's Wealth

Unfortunately, Mike Wolfe and his spouse Jodi Faeth aren't at good terms. They have been having trouble in their marriage for some time now, and recently Faeth decided to end their relationship legally.

Mike and his wife are planning to divorce.
Photo Source: Instagram

As mentioned by Distractify, Wolfe and his wife were together for around three decades as a couple. Further, the site note, that the duo has been married for almost ten years. Sadly, their marriage is on the verge of breaking up.

After going through some tough times together, it's hard to picture the pair splitting. Wolfe was there for Faeth when she was dealing with cancer. They supported each other and won their fight against the life-threatening disease.

Needless to say, Wolfe and Faeth were even doing great raising their only child Charlie Faeth Wolfe, 9. However, we can do nothing to stop their divorce, as we can't meddle in their personal affairs.

As of now, their daughter is living with her mother, Faeth; however, there might be changes in custody after the divorce. Thus, there are chances she might live with her father, Wolfe. Besides this, the legal separation will for sure affect Wolfe's current net worth negatively.

Stay tuned to IdolPersona for more net worth-related content about your favorite celebrities. 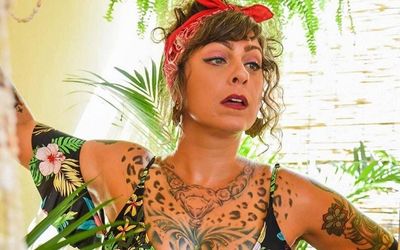 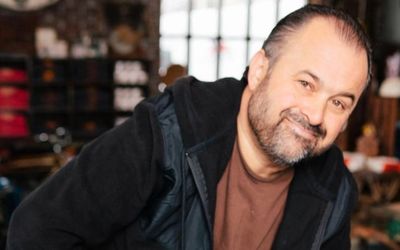