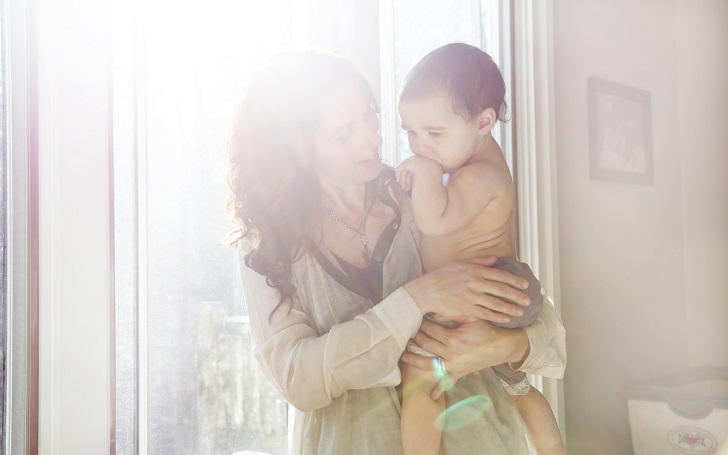 It was possibly the best life Jodi Faeth would've imagined. She'd met the 'American Pickers' star Mike Wolfe in 1994, way, way before he even came to the limelight with his show. They'd had a wonderful dating period of almost two decades, even with Faeth's son, Kyle, who he'd had as a teenager.

Then on January 30, 2012, when Kyle was around 23 years old, little Charlie Faeth Wolfe was born. And seven months later, they were married. They'd just bounced back from knowing of their daughter's disability, and something really hard hit the Wolfe family over a year later — Jodi was diagnosed with a type of cancer.

It Must've Been Hereditary; Jodi Faeth Didn't Smoke & Is Vegan, But the Cancer Was There

In late December 2013, Jodi Faeth was diagnosed with stage 2 Non-Hodgkin's Lymphoma, which is basically cancer. And it wasn't the most thrilling thing to go through, particularly because she was completely vegan and had nothing, absolutely nothing to do with carcinogenic substances. So it must've been hereditary or something.

Faeth had just dealt with her daughter's disability when a new problem arose.
Photo Source: The Glow

Moreover, Jodi was always health-conscious. But it was there.

Believe it or not, even vegan, exercising, juicing mama's get cancer. I was the last one to expect it. Life was everything I could possibly dream of then bam…

With a family to take care of, she immediately went through surgery and medications to resolve her illness. She no longer has it now as they still relish their time with their daughter just like they'd promised themselves before she was born.

The time of giving birth to Charlie was more difficult than when she had Kyle as a teenager. She didn't need medications the first time around and didn't worry too much about birthing her child. But she was more scared of giving birth at 41 than before. There were a few things in their way.

For one thing, it was known during the pregnancy that Charlie was going to be born with a birth defect, cleft lip and palate, another hereditary disability. Despite being initially devastated, they powered through and even denied any more tests in order to assure themselves she didn't have any defects.

And for another thing, it was a difficult labor. She spent 28 hours in it and finally needed C-section for the complicated birth.

When Charlie was finally born, the whole family was overwhelmed. Mike got a daughter like he always wanted since listening to a friend's daughter playing a guitar and singing. Kyle got a sister he never knew he wanted. And when she counted ten fingers on Charlie's hand and ten on her legs, Jodi was worry-free.

Suggested: Did Sylvia Brown Really, Kind of, Predict the CoronaVirus Pandemic in Her Book?

Charlie was born with that defect, like they knew she would, and feeding her was a difficult part of raising her as they knew she would have trouble learning to speak as well. She'd also lost weight since being born over nine pounds and four ounces. But they'd smartly "figured out a solution by cutting a Y in the bottle’s nipple."

The parents were not particularly embarrassed or anything with their daughter's problem; in fact, they preached it and even posted their birth announcement with the cleft clearly visible.

Charlie had multiple surgeries, two in the year she was born, but now was able to live normally. It was possible partly thanks to the resources the parents had, but it was also a trigger for them to come to a realization that there were others that needed it desperately around the world without the necessary resources.

Become Inspired: The Weight Challenge Jumoke Hill Was Close to Reaching Before His Death

Jodi and Mike then became ambassadors of the organization, 'Operation Smile', which provides such life-saving surgeries for children in countries around the world without the resources.

Charlie inspires us to be better people, and through this I hope the three of us can make a difference.

Charlie is not all grown up and just celebrated her eighth birthday this past January.

She was raised in Tennessee as "Kids are so polite here". She's even taken up the family interests in turning a junkyard into gold (figuratively, of course).

Stay tuned and connected to IdolPersona for more content of your favorite celebrities.