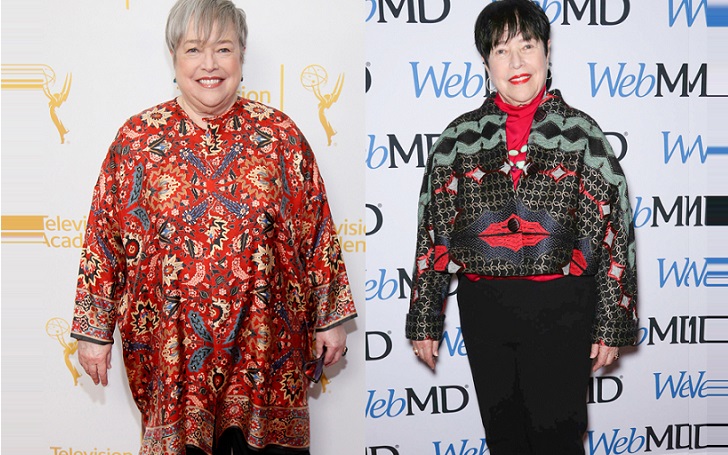 You've seen Kathy Bates in iconic movies, despite portraying starring roles (No? Then you missed an era). And with several health problems in the past, her story of rising back up is also as inspiring as her legacy on-screen.

For proof, the WebMD Health Hero honor she got in mid-January should be enough. And it's not just because she got back after ovarian & breast cancer, diabetes and lymphedema, it's also because of how instrumental she was in making people understand lymphedema rather than just mistaking the swollen body parts are due to excessive body weight.

Kathy Bates has been vocal about her problems since her breast cancer treatment.
Photo Source: Aaron Gould Sheinin, WebMD

In mid-January 2019, she was awarded the 'Game Changer' award at the WebMD event for her contributions as the National Spokesperson for LE&RN (Lymphatic Education & Research Network). Afterward, many media outlets got a scoop of how much weight loss she went through and how she did it.

It's so amazing to see her in many different looks. But when she rocked that dark hair in such a style at the event, fans were awestruck and could not stop admiring her. And her body shape looked better than ever.

Revealing to US Weekly, she talked about what really helped her undergo such a drastic weight loss after lymphedema added some into her. Just focusing on when your body is satisfied (despite your stomach doesn't feel the same way) helped a lot. And it's the connection between the brain and your stomach that you should really be mindful of.

"Mindfulness, just knowing when to push my plate away." The 71-year-old told Us Weekly after the event. "My niece told me this little secret, I guess it's no secret, it's a biological thing, that at some point when you're eating, you have this involuntary sigh and that's really your brain and your stomach communicating that you've had enough. The trick is to pay attention to that and push your plate away."

Still, the challenge is resisting temptation for junk foods & soda and patience because it is not an overnight success. Determination will, thus, do you good if you're able to take it throughout your journey.

It took a few years. I would say you have to be really patient … I don't like the word willpower, but I like the word determination.

In addition, she also said how great she felt with her body. "I have never been in such good health. I just had a physical. I'm doing great … I feel like a completely different person. I can move, I can walk. I just wish I had done it years ago."

Conversely, The Weight Loss Also Helped with the Lymphedema As She Joined LE&RN

Bates has been very open about her health problems, but it took a while before she actually voiced her problems. Lymphedema was something that needed to be voiced out due to the frequent misconception about swollen arms and legs following cancer surgeries. And then, she was very involved in awareness of such diseases.

In 2003, she was diagnosed with stage 1 ovarian cancer as a 55-year-old and immediately had surgery. Then, nine months of chemotherapy followed, the entire ordeal that she did not reveal to the public as she continued working right after the operation.

In 2012, she was diagnosed with breast cancer after the repeated exhaustion she suffered after working. She decided to undergo a double mastectomy, knowing full well of her family's history with cancer. But then a new problem arose. After the lymph nodes were removed after the surgery, blockage in the lymphatic system caused her arms and legs to swell.

Thus, she was diagnosed with lymphedema, something she declared her biggest challenge yet, and something that goes completely undiscussed without any cure. Right after diagnosis, "I really felt that life was over for me."

She was angry for a long time after that. But then she decided to do something about it. She became the National Spokesperson for LE&RN to raise awareness about lymphedema. In August 2018, People reported that she was working on getting a bill passed in New York to mandate hospitals to have literature to inform patients about the disease.

Watch: Kathy Bates is Determined to Get People to Know about Lymphedema

At the same time, People also reported she was managing that pain with the 60-pound weight loss through diet and exercise and that she wore custom-fitted compression sleeves on her arms to avoid irritation, which she also told AOL earlier that year. And thus, losing weight obviously did a lot to help with her condition.

After the WebMD event, she also revealed why lymphedema goes undiscussed and unnoticed despite being very common among and outside cancer patients, as "It affects more people than ALS, MS, AIDS and Parkinson's combined. Ten million Americans. But people just don’t know about it."

"Some doctors think it's cosmetic and not life-threatening," she told People in January 2019. "Doctors spend 15 to 30 minutes on the entire lymphatic system in medical school, so if someone goes to their general practitioner with swollen limbs, pain and heaviness, the doctor will have no idea what it is. So it goes undiagnosed, and the disease progresses for years and gets worse and worse."

The 60 lbs did magic to her condition's symptoms, but she had the support of an entire organization to go through it. "I'm feeling great," she continued. "I've lost a lot of weight, and it's really helped with my symptoms. I just still have to wear compression sleeves or guard against nicks and bug bites because that can lead to sepsis."

And knowing how the number of people who don't have the support system to tackle lymphedema, she was furious. "When I heard those figures I got involved," she said of what really got her motivated to be open about her problems. "I got very pissed off because it was unfair. I've been asked to lend my name to a cause [before], and I've made it my policy not to do that, but this is the first one I've felt strongly about."

She Continued Preaching Being Mindful of That Involuntary Sigh for Weight Loss; It's Effective

In a March 2019 interview with Extra TV, she continued talking about what helped her throughout the journey — mindfulness. She actually started thinking about losing weight when she realized she couldn't live with diabetes anymore, as it runs in the family like cancer.

This is the best health I've been in for years, and I’m so grateful — it’s a miracle. ... I was facing diabetes — it runs in my family — and I really didn’t want to live with that.

Here how the brain-communication really works. "After you eat for 20-30 minutes, you experience an involuntary sigh. It’s communication between stomach and brain telling you you had enough … and what I discovered is if you listen to that sigh and push that plate away for just five minutes, you realize you’re satisfied, and you don’t have to eat more."

Watch: How Diabetes Initially Pushed Her to Lose Weight

Despite getting the "common souvenir" after lymph node surgery, she was "terrified" of getting lymphedema. But there are some things one could really take for inspiration. And that she did. Kudos.

Stay tuned and connected to IdolPersona for more celebrity Weight Loss content, some anyone could take extra inspiration from.