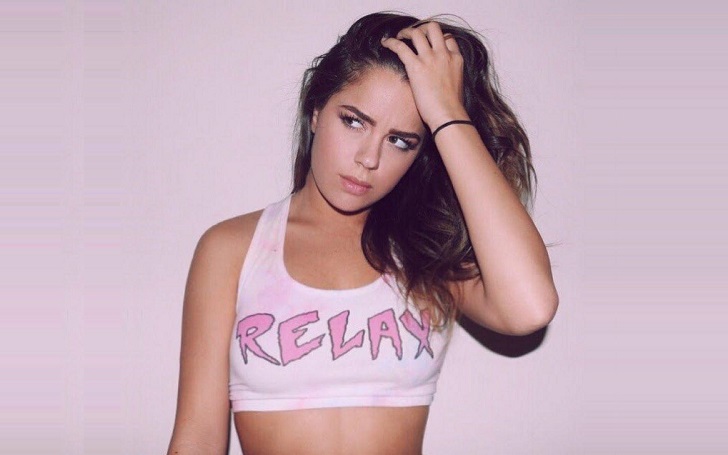 You've loved Tessa Brooks on YouTube for years, and yet, there were certain things she herself was not happy about. When she decided enough was enough, she finally took the necessary procedure in maintenance to she some unwanted body weight.

Brooks is a multi-talented social media personality, with the more popular of her talents being dancing. With over 3.5 million subscribers on YouTube and being a dance prodigy since such a young age, she's branched out to modeling and acting in the recent years.

With all the anxiety that builds up with the fame, it was evident she would feel the need to reshape her body into a mesmerizing one. After all the weight loss tip requests, it was obvious she was going to come out and share the secrets.

While Brooks shared her weight loss secrets in 2019, the discussions for the weight loss dates back to 2016. She tweeted in October that year about the difficulty she had when deciding to lose weight. High carb/fat food was always a way of life.

In the June 2019 video too, she also shared how she was always losing 5 to 10 lbs and then eat her way up back to the same weight again, thinking she'd already done the better part. It went one for a year or two until it was too much.

Why She Gained Weight — Stress

As she was growing up, she was finding herself being more stressed out than usual. And when she did get stressed, she mentioned she is the kind of person who eats their feelings away. And so she did.

The past is something she'd rather not look back to.
Photo from: Pinterest

It was how she started gaining weight little by little. But after those moments, she made the big decision to finally be consistent in her diet plan and workout sessions. With all the following process, she lost a total of 20 pounds in early to mid-2019.

Of course, she knew she needed to change her eating habits. And the biggest part of it was cutting out dairy from her diet, almost completely. When choosing between what was healthier and what had dairy in it, she'd chose the non-dairy part because she knew she liked that one as well.

Food was a source of consolation for her before the weight loss journey.
Photo Source: Tessa Brooks, Instagram

Brooks then listed out the positive aspects of making such choices. She was not getting tired as fast as she used to before and her brain was working better. With more energy, it made her want to go outside in order to let out the satisfaction. It was something she didn't do much often. A whole day of satisfaction or 10 minutes of it; it was a no-brainer.

Another Story: Check Out How Inspirational Jumoke Hill's Weight Loss Transformation Was Before His Passing

Smoothie for breakfast early in the morning and something light in calories like salad or those chicken tacos with zero dairy and gluten for lunch were part of her daily diet routine. But the hardest part was dinner, obviously. But it was important for her to keep reminding herself what she was doing it for. Then, it would always be something light for dinner. Tacos would the end decision, if she can't come up with something. But her mom would not approve on the processed Tacos.

For Workout, She Likes Hiking or Outdoor Sessions As Opposed to Gym

Despite all that, she pursued the process with that weight loss target in mind. And of course, dancing was something she always did and thus needed to do a lot more.

Check Out: The Full Story on SZA's Weight Loss and Transformations

In addition to dancing, she also did yoga, and started off the workout session with a 30-minute cardio, for her abs, then planks out for two minutes, on the timer, for the hips and then 20 pushups for the arms. And then she did something with her arms stretched out circling it, which she said was for toning her arms so much. And she also loves jumping lunges.

Watch: Most Part of the Weight Loss Announcement Is Going Shopping for Healthy Food

The 20-year-old came back in February 2020 to update her fans, who thought she was suddenly getting muscular, about how she was maintaining that 20-pound weight loss, again stating she was always muscular from a young age. Of course, she did tell this thing in the earlier video too.

Watch: Brooks Comes Back to Explain How She's Maintained Her Weight Loss Figure

And fans have been really supportive of her. You know, filtering out all those jokes and some negative comments. And it seems she won't just stop anytime soon. It's already been a huge part of her life, why should she? She also updates from time to time on Instagram, check those out too.

Stay tuned and connected to IdolPersona for more celebrity Weight Loss content and updates from your favorite celebrities.