You might know Cory Wharton from Teen Mom OG last year, that hunky man with an interesting girlfriend history. His looks had fans rooting for him in every show he's been.

The model was dating another model turned reality star Taylor Selfridge who became known as a contestant on season five of MTV's reality series 'Are You the One?' Taylor Selfridge, having started in February last year.

MTV's Teen Mom OG showed Cory's relationship with Cheyenne Floyd while raising their 2-year-old little girl Ryder K Wharton together, but that's all it is. Here are some facts about Cory you might want to know.

5. Cory Met Daughter Ryder When She was 6-Months Old

To be clear, the two parents never dated as revealed by Cory in the Instagram Live for Teen Mom (above video). The pair hooked up only once while in New York City.

The millionaire reality star was on 'The Challenge' when Ryder K was born, and Cheyenne didn't tell him about it. After he was eliminated from the show and Cheyenne was ready to be a part of 'Teen Mom OG', six months after Ryder was born, the bombshell was dropped.

Cory saw baby Ryder when she was 6 months old?
Source: Us Magazine

Cory expressed his excitement over being the father to Ryder on Instagram in December.

He told the Domenick Nati Show, "We didn't think it was mine because it was only one time, but it ended up being mine. That sperm knew what they wanted! My sperm went right up, created a baby, man, and now I'm here."

Cory's daughter has VLCAD (Very long-chain acyl-CoA dehydrogenase deficiency). It's a rare hereditary disease that does not allow Ryder's body to break down certain fats and convert them into energy.

Cheyenne found out Ryder had VLCAD two days after her birth when a pediatrician called to tell Cheyenne to go to the hospital immediately.

According to the National Institute of Health, if she suffers from the severe form of the condition, she can also be at risk of severe complications like liver abnormalities and life-threatening heart problems.

After knowing his daughter suffers from such a rare genetic disease, the reality TV star became more aware and sensitive toward the situation.

It got them to start an organization named 'Regardless Rage Ry.'

Cory and Cheyenne for Regardless Rage Ry.
Source: Rage regardless RY

Due to the lack of resources and the flood of questions and stories from others, wife Cheyenne decided to use her influential platform to take a stand on something that was meaningful to her and her daughter's story, pushing forward to create a nonprofit organization with Rage Regardless Ry.​

Cory met Taylor on MTV's 'Ex on the Beach' when he was selected from 'Real World Skeletons' and she from 'Are You the One? season 5.'

At the end of the show, they were speculated to have a fling. The couple briefly dated after the show.

Taylor and Cory started as a fling.
Source: Uk. News

From the first two seasons of Ex on the Beach, the pair are the only ones still together. They weren't a couple for a while in the middle.

Do Not Miss: Taylor Selfridge Net Worth - How Much Did She Make From Teen Mom?

However, Cory revealed in February that the pair reconciled and are in an official relationship, much to the dismay of Teen Mom fans rooting for the girl to be Cheyenne.

1. Cory Wharton and Taylor Selfridge are Planning Not to Vaccinate Their Child

We all know that Cory and Taylor have a baby on the way, but he made a statement that left the fans shook. Wharton is adamant about not vaccinating his upcoming baby.

Fans were not happy with their decision after sharing their stance during an Instagram Live, especially considering Cory's daughter with Cheyenne Floyd, Ryder, 2, has VCLAD.

Cory Wharton to not vaccinate his child?
Source: MTV

Even though his eldest daughter Ryder has an extremely fragile immune system, Wharton is reluctant about vaccinating his child.

To this statement, one user tweeted. "Cory won't vaccinate but will take advantage of modern medicine the next time Ryder is in the hospital!! [You] can't pick and choose when you want to lone modern med," another added.

Tune in to Idolpersona.com for more stories on your favorite celebs. 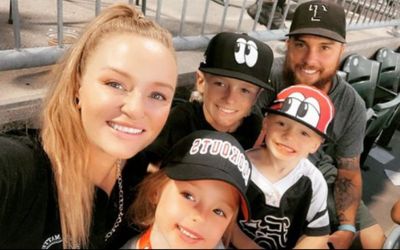 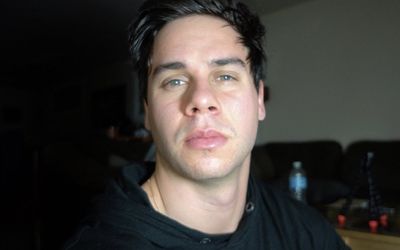