Home / health / Amanda Mealing's Weight Loss, Does She Have a Eating Disorder?

Amanda Mealing's Weight Loss, Does She Have a Eating Disorder? 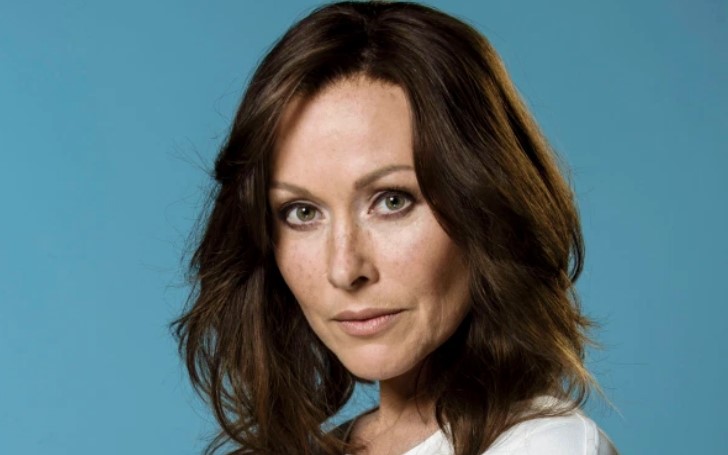 Amanda Mealing (born Amanda Jane Mealing) is an English actress who is known for her role as 'Connie Beauchamp' in the BBC medical dramas 'Holby City' and 'Casualty.'

Amanda is also known as Mandy Mealing; the actress started her acting career from the age of six. She performed in a Julie Andrews special on BBC television, then at the age of nine, Amanda enrolled full time at the Italia Conti Academy.

The actress has many credits under her belt, but she is mostly loved for her roles as Connie in BBC One's BAFTA award-winning drama series Holby City from June 2004 to 2010.

Later she quit the show and joined other shows in between before finally landing a job on BBC medical drama as 'Connie Beauchamp' again, but this time to reprise her role in Holby City's sister show, 'Casualty.'

Well, she is a clinical lead now on the show, which just shows how popular she is now. But is the clinical lead taking care of herself of late? Because trolls on the internet criticizing her for being 'too thin' after her recent weight loss.

Why Did Amanda Mealing Undergo a Massive Weight Loss?

If you are a fan of Doctor Connie Beauchamp, then you are undoubtedly aware of the massive weight loss Amanda Mealing has undergone recently. Amanda on all of her pictures seemed extremely "thin," so much so that we were scared at one point.

While some fans were worried about the actress, a few were busy, Mealing for "losing" too much weight. The trolls on the internet were so insensitive that they claimed Amanda has a "eating disorder."

But the truth is far from it, and we are were shocked to know why she has lost so much weight of late. Well, it's tough to imagine how she dealt with it, and these insensitive comments only made it worse.

What Happened to Amanda Mealing?

When people started to pass comments about Amanda Mealing's weight loss, Amanda took her time to reply to those insensitive trolls.

Amanda took to her Twitter account and wrote, "I'm forced to address something I'd hoped not to. My weight. Luckily for some of you & your insensitivity, I am not struggling with an eating disorder. I am in extreme & constant back pain and have been for nearly a year."

Amanda, moreover, was also diagnosed with breast cancer after the birth of her second child, Otis.

Since we know she has gone through a lot; it was really rude of people who didn't even give a second thought before passing insensitive comments about the actress's health and weight loss.