Home / health / Clare Tomlinson Undergoes a Massive Weight Loss, Find Out How She Did It

Clare Tomlinson Undergoes a Massive Weight Loss, Find Out How She Did It 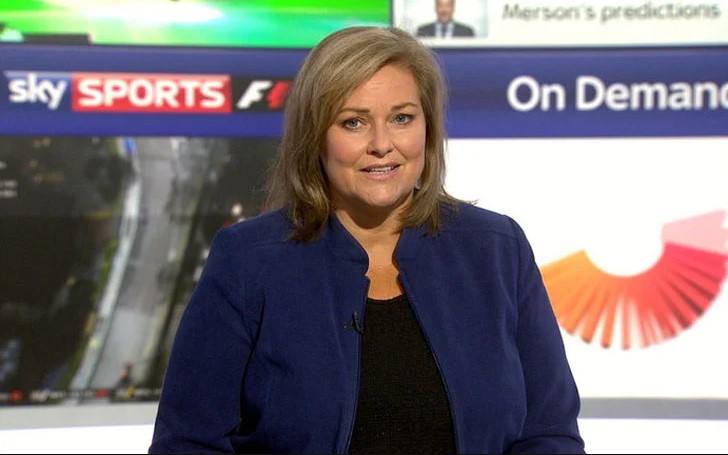 Here's what you should know about Clare Tomlinson's weight loss.

Clare Tomlinson (born Clare Louise Tomlinson) is a British anchorwoman for the sports network, 'Sky Sports." Clare had a low-key start to her career, she began in a public relationship, including a period as the receptionist.

Later in the early 90s, Tomlinson worked at the Football Association as a media officer. After years of serving in the post, the media personality was appointed as the head of the communications department at the Arsenal Football Club.

Now, Clare works as a presenter on Sky Sports News, and you should know this, Clare Tomlinson is the first woman to present the Professional Footballers' Association Awards Ceremony at the Grosvenor Hotel in London.

Recently, the media personality is creating a buzz, why you ask? Well, Clare Tomlinson has undergone a massive weight loss of late, and people just want to know how she did it. So, let's find out.

People are in for a huge shock, some already know, but for those of you who don't know, Clare Tomlinson has undergone a massive weight loss transformation. Following the hint of her weight loss, it has become a trending topic on Google.

Clare Tomlinson shared a picture from her Bootcamp on June 25, and she seemed almost half of her weight.
Photo Source: Clare's Instagram

There is hardly any news about her weight loss, we did some digging of our own and found that she, in fact, lose some weight. While going through Clare's social media posts, we found the media personality lost 2.5 stones.

How Did Clare Tomlinson Lose Weight?

We found out Clare Tomlinson has been on her health and fitness challenge since March 16, 2020. So given that, it's been only four months, and she is already 35 pounds down.

On her Instagram, Clare posted a screenshot of her pedometer app, where she wrote, "Started my health and fitness challenge on March 16: am now 2.5 stones lighter and have finally done a sub 30 minute 5k! Go Me!"

Clare shared this picture in May, and some changes are evident.
Photo Source: Clare's Instagram

Tomlinson, moreover, also revealed she was in a fitness Bootcamp recently. In one of her posts, the media personality wrote, "Bootcamp was hard work in the sun this morning - but great to be outside and back together!"

So, we know now, that Clare, in fact, has undergone a massive weight loss. 2.5 stones in four months! Way to go, Clare!

You May Also Like: Liza Tarbuck's Weight Loss, Is It True? Let's Find Out

For more information on your favorite celebrities' lifestyle and health, stay tuned to Idol Persona, don't forget to sign up for the newsletter.