Grab all the details on the weight loss of the British actor Hugh Bonneville.

Hugh Bonneville began his acting career as a theater performer in the late 80's when he performed in plays at the Open Air Theater, Regent's Park, and the National Theater. The 'Downton Abbey' star's been in the entertainment industry for over three decades now, but still, he is not showing any signs of stopping yet. As of late, he portrayed the role of Lord Mountbatten in the film 'Viceroy's House' in 2017.

In between his brilliant professional journey, the veteran actor has managed to accumulate massive net worth of $8 million. Besides his incredible career as an actor, Hugh Bonneville is also proud of his recent achievement: weight loss. The 56-year-old actor made quite a transformation considering the complete change in look compared to his previous appearances. How did he pull off such a successful weight loss? Let's find out.

How Did Hugh Bonneville Pull Off A Successful Weight Loss in 2020?

Hugh Bonneville was overweight for most of his adult years. And the majority of people he interacted with in his life often brought up the weight issue in conversations. Even his wife Lulu Williams did not spare him from criticizing his body size. 'You're as fat as a pig,' was her reaction when Hugh returned home after the shooting of the BBC archaeology drama 'Bonekickers' in 2008.

Since then, Hugh's been trying to drop some pounds several times, but those attempts did not make any significant change. But this time, it's different. In the last few months, he worked hard to lose much more weight than he did before, and now he's in the best shape of his life.

Also See: Here's What You Should Know About John Parrott Weight Loss

Hugh Bonneville revealed his transformation on The One Show, which he did online by talking to the hosts Alex Jones and Gethin Jones through Zoom. Many of the fans were unable to recognize the actor due to his new look, and many took to Twitter to have their say on it.

Hugh Bonneville followed a particular diet plan and fitness routine strictly for undergoing successful weight loss. Previously, he used to indulge in the habit of eating bacon rolls and pasta most of the time, which was also a contributor to his obesity problem. But since he embarked on a weight loss journey, he approached his diet differently, making healthy food choices.

Hugh Bonneville, first of all, cut off food items high in carbohydrate content from his diet. He got rid of bread, pasta, rice, crisps, cereal, and sweet treats from his kitchen and replaced them with healthier fruit and vegetables. He also stuck to the routine his trainer told him back in 2009: 'Little and often, [his trainer] told me, and no carbs in the evening.' Supplementing the proper diet with a regular workout routine, he succeeded in undergoing a successful weight loss.

Check Out: Know the Secret to Jane McDonald's Over 4-Stone Weight Loss 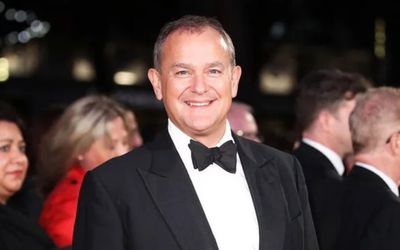 Has Hugh Bonneville Lost Weight Recently? Let's Find Out About It