The highest-paid model in the world, Kendall Jenner, faces a legal case by the Italian fashion house Liu Jo for an allegation of breaking the contract. The company filed the lawsuit at a New York City court on Monday, August 2.

Jenner had a contract with Liu Jo to appear in the two photoshoot sessions. The model went for the first shoot but didn't go for the second one, said the company. The parties had a contract of $1.5 million and a 20% service fee which makes the final agreement $1.8 million signed in 2019.

According to Fox Business, Liu Jo seeks the recovery of damages from Jenner. Though Jenner has not addressed the allegations, her model management company denied the claims by issuing a statement.

The Society Management spokesperson for the modeling agency has said E! News, "This suit is without merit. The Society Management, on behalf of Ms. Kendall Jenner, has continually offered Liu Jo alternative dates and locations to fulfill an agreement that was forced to be delayed because of the coronavirus pandemic."

Recommended: WWE Legend Ric Flair Confirms Leaving The Company on His Own Accord

The fashion company Liu Jio has paid Jenner a total sum of $1.35 million by February 2020. As noted by Pop Culture, the second shoot was scheduled in London in March 2020 but was delayed as the model couldn't travel due to the global pandemic.

For more updates and news, feel free to visit us in Idol Persona. 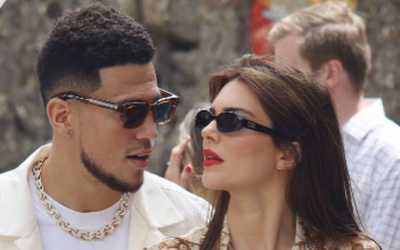