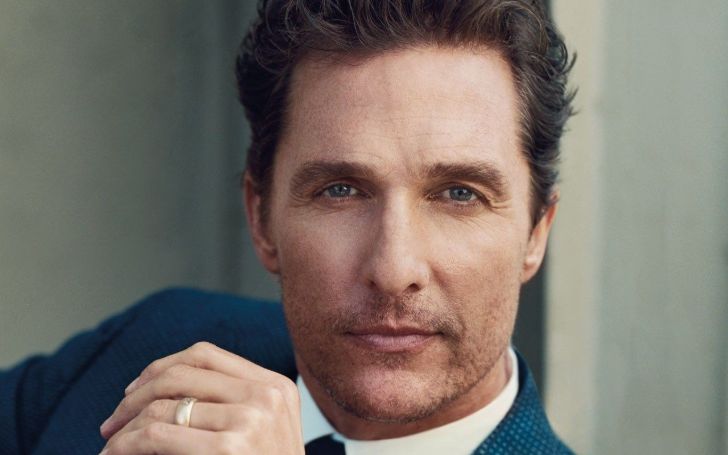 Matthew McConaughey still hasn't had enough from his career!

Oscar, Golden Globe, Emmy; Matthew McConaughey has earned it all. Yet still, the 50 years old actor says that he isn't satisfied with his career. McConaughey even now feels like he's got a long way to go as an actor and make great movies.

Camila Alves's husband Matthew McConaughey proved the level of his acting when he portrayed the life of AIDS patient Ron Woodroof in 'Dallas Buyers Club' and won an Oscars, a Golden Globes and an AACTA International Awards for the role. But even now, he feels like he's got his fair share of more great movies left.

During an interview with OK! Magazine back in November of last year, Matthew was asked if he had any new goals to which he answered,

Yes but they mostly concern my life as a father and husband, my spiritual well-being and friendships, and seeing my children evolving and learning more about the world.

McConaughey further added to the statement regarding his professional career saying,

I still want to make great movies. I feel I haven't reached that point yet and so I'm not complacent when it comes to my career. I also want to play the piano as well as my 11-year-old son can. He has real talent. He's been playing the piano better than me since he was four. I really admire him.

The master of $95 million, all thanks to his acting career, revealing that he hasn't had enough even at the age of 50 might lead some to think the actor is only modest and that too, not in the best way possible. However, if you truly follow the man and have heard his Oscars acceptance speech, then you know this isn't the case.

Matthew's inspirational speech when he received an Oscars in 2015 started quite a frenzy on the internet. After thanking God, his family and his co-workers, the Lincoln Lawyer uttered,

And to my hero. That's who I chase. When I was 15 years old I had a very important person in my life come and ask me 'Who's your hero?' I said, 'I thought about it and it's me in ten years. So I turned 25 ten years later and that same person comes to me and goes, 'Are you a hero?' I said, 'Not even close!' She said why and I said, 'My hero is me at 35.' You see, every day, and every week, and every month, and every year of my life, my hero is always ten years away. I'm never going to be my hero. I'm not going to obtain that and that's fine with me because it keeps me with somebody to keep on chasing. So to any of us, whatever those things are and whatever it is we look up to, whatever it is we look forward to and whoever it is we're chasing, to that I say Amen. To that I say alright, alright, alright.

So you see, when Matthew said he wasn't complacent when it came to his career, it merely meant that he hadn't met his hero, and he keeps on pushing forward to be the man that is ten years later in his life; be better than he is today.

For more celebrity news, head on over at Idol Persona.

Keslowski Says Actor Matthew McConaughey Would Be His 'Celebrity Shotgun'