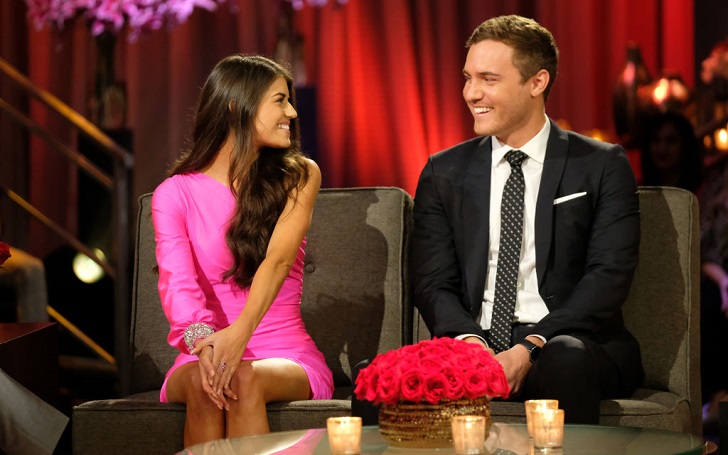 In a not-so-surprising news, Peter Weber and Madison Prewett have decided to not continue their relationship.

When we said only time will tell (twice!), time wasn't kidding. Only two days after we knew Peter Weber was now with Madison Prewett, both announced they were separating on mutual terms.

With the most dramatic season of 'The Bachelor' yet, it comes to no surprise that it would turn out this way. Of course, all the differences they had were already forcing the two on separate paths; they were bound to part ways. An amicable split means the situation around them led them towards it, not that they had any conflict between themselves.

It was alright just a few days ago.
Photo Source: Madison Prewett, Instagram

The time between filming and airing of 'The Bachelor' episodes is quite crucial, and here, the relationship could've been terminated in between, that could explain how quick their separation was announced.

Weber first took to Instagram to say that the two "mutually decided to not pursue our relationship any further". There were apparently a lot of honest discussions between the two that led to the event. A talk of all their differences between them and their surrounding, perhaps? Like their feelings for each other, the fangroup is also split into two with their decision.

Apart from It: Here Are the Few Facts about Madison Prewett

Prewett soon followed suit as she thanked Weber and ABC for the enlightening journey for her path ahead. Both of them also professed to continue to love & respect each other. While Weber posted a photo of himself declaring his single status, Prewett shared a reunion snapshot from their final episode.

As seen above, Weber also acknowledged their relationship, stating he accepts full responsibility for the failure of the moments between the two.

Out of the Drama: Here are Melissa Villaseñor's Best Voice Works

Barbara might have gotten what she wanted, but Hannah Ann is still out of the picture. The mother finally broke her social media silence with a clip of her and her friends singing 'Leaving on a Jet Plane'.

One user wrote, "Shut up," which has the highest likes of all the comments. Marking their disappointment in her distaste in Prewett.

It might have been a sound decision that they split up as the finale left the Weber family "splintered". All the hatred going around was not healthy in their relationship that they so wanted to pursue.

Stay tuned and connected for more Entertainment content on IdolPersona.