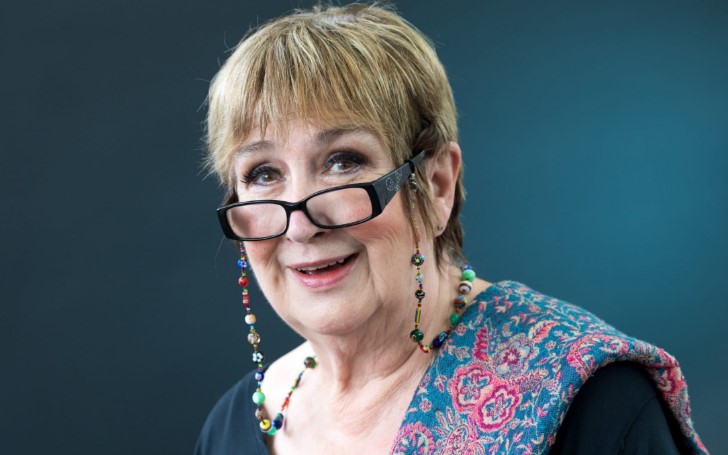 Dame Jennifer Susan Murray, who is better known as Jenni Murray is an English journalist and broadcaster. The broadcaster is better known for her stint on BBC Radio 4's 'Woman's Hour' since 1987. While people have always loved hearing Jenni on the radio, fans only had a slightest idea how she looks in person.

But since the online and TV media evolved, all the celebrities' get the exposures they deserve, and people can finally see how their favourite celebrities' look. So, as we know already, Jenni was a little on the heavier side of her weight.

An article published on Guardian reveals she was 'Extremely obese.' The radio presenter said, "I was not the fit, active person that I wanted to be. I Just lumbered everywhere. I had had breast cancer and a double hip replacement in the 50s."

The broadcaster further added, "But it was the obesity that was going to kill me." Jenni was worrying fear was her obesity, following which she decided to lose weight, and now we have all new Jenni Murray. Let's find out more about her weight loss surgery.

Jenni was "extremely obese", and that was going a little out of her hands. She was on the verge of developing type 2 diabetes, the broadcaster said, "I thought, I have got to do something about it, I am 64, and I am not going to make it to 70. And I did make it to 70!"

It was back in 2014 Murray had bariatric surgery and lost almost 112 pounds the same year. The broadcaster who is much happier now following her weight loss said, "I have been angry most of my life about having to deal with this weight problem."

The broadcaster further revealed when she heard a young doctor speaking while she was in some conference, it lit the lightbulb in her head.

Jenni said, "I heard him say, 'Isn't it curious that so many things are included in hate crime, but what's the one thing that's not? Obesity.' And I thought, God, the number of times when I've been sitting in my car about to pull away at the lights, or I've been out on my bike or walking my dog, and some bloke – it's always a bloke – just walked past and said: 'Fat cow.' Or another C-word. So many of us will have had that expression thrown at us and yet nobody thinks it's hateful."

After a series of hateful comments and body shaming, the broadcaster realized it was time for her to change everything; and that's how she came with a decision to go for bariatric surgery. You can read the full article on Guardian; we highly recommend you to. It's a very well put article, an interview with Jenni Murray.

Talking to one of the media outlets, Daily Mail, Jenni Murray, takes us to her pre-surgery days. She stressed, "I knew type 2 diabetes frequently develops as a result of obesity, and that it can lead to blindness and amputation of toes, or even a leg. I was also risking heart failure or a stroke.  After all, my beloved, obese maternal grandmother had suffered a stroke in her mid-70s and died within 24 hours."

Murray continued, "I was 64 years old, with a BMI between 45 and 50 — well into the obese range. I was also depressed and almost at the end of my tether, having tried so many diets and failed, failed and failed again to lose weight. Well, no, actually, I'd frequently succeeded, but had found it impossible to sustain once I'd reached my goal. Time and again, just as I began to think I could enjoy food again, I'd find I weighed even more than I had before."

So, it's pretty clear, the only option left for the broadcaster was to bariatric surgery, which she did, it eventually helped her to lose eight stones.

For more information on your favourite celebrities' lifestyle, stay tuned to Idol Persona, and don't forget to sign up for the newsletter.