Mickey Guyton is asking for her fan's prayers during a family emergency. Following her son's hospitalization. The county singer took to Twitter.

Mickey Guyton is asking for her fan's prayers amid a family emergency.
Photo Source: Instagram

"I don't normally do this, but my son has been admitted to the intensive care unit. The doctors are baffled as to what is wrong. Please pray for me," she posted a tweet. Guyton gave birth in January and has been on a high all year, so the shocking revelation is troubling.

Guyton was on a high just a week ago when the Huffington Post featured her in an article about Black women making their mark in country music. Guyton signed with Capitol Nashville in 2011, making her the only Black woman on a major country label at the time.

Click Here To See: No More "The Sinner" - Canceled After 4 Seasons on USA Network

After a ten-year journey, Guyton's "Better Than You Left Me" hit the top of 2015. Since then, she's become a country music staple as per Pop Culture.

Mickey released a snippet of her single "Black Like Me" on Instagram during a time of racial uproar following police brutality against unarmed black and brown men and women, garnering over 8,000 views.

Spotify contacted her team and requested the finished version. Later, it was added to the Hot Country playlist. The song has now received over 8 million streams on the music streaming service. 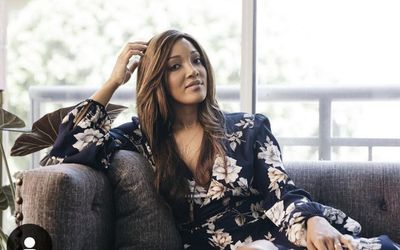