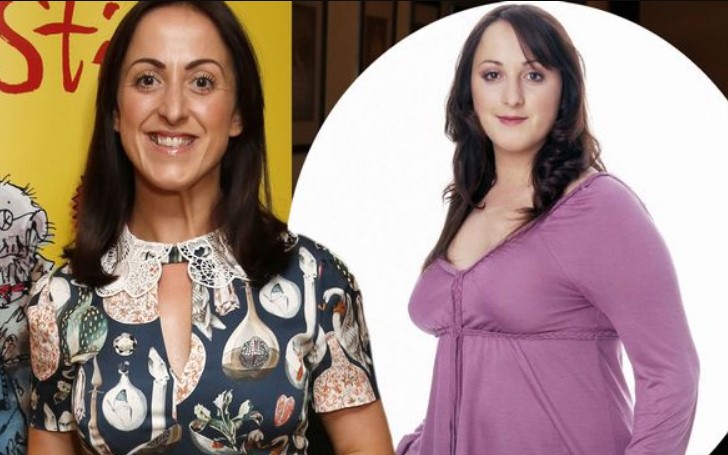 Natalie Cassidy (born Natalie Ann Cassidy) is an English actress. She is best known for her role as 'Sonia Fowler,' on one of the highly acclaimed British soap operas, 'EastEnders,' since the year 1993.

Moreover, the actress is also known for her stint on the BBC Two sitcom-horror drama, 'Psychoville,' and she has been a part of the seventh season of 'Strictly Come Dancing,' and the ninth season of 'Celebrity Big Brother.'

It's pretty clear; she steered her life in a whole different direction; so, let's dive into her world of fitness, and get to know how she is keeping up with her diets and weight loss.

We know she started her weight loss journey from 2007. But over the course, her weight did fluctuate at times from size 16 to a size eight, but now it is fixed to size ten.

Talking to one of the British media, Daily Express, the actress revealed she feel at ease with herself now as she has got older. Over the years, she has gone through a lot of ups and downs in her life.

Cassidy added, "Now, I just know the simple things that work – eat well, exercise, drink lots of water. All the boring things, but I feel like my body is the size it should be now. I'm 37 in May. I've been through a lot in my life, and I feel more confident about who I am and what I look like 100 percent."

Cassidy Reveals She Used to Get Bully

Natalie, as we know, has seen a lot of ups and downs, and that too applies to her weight. But she was always on the heavier side of the weight since her early age. She revealed the actress used to be called 'beached whale' when she was 12, and it was an awful experience for her.

The actress added, "I understand now why my mum was so angry and protective on me; I would be exactly the same if it was one of my daughters. But you do develop a thick skin; you have to really."

Cassidy, What She Does to Check Her Weight?

Just last year, the actress fell in love with running following completing the London Marathon, which helped greatly in her weight loss journey.

Moreover, the actress is going really strict on her diet as well. She has cut down cheese, crisps, and dips, as Cassidy revealed they were her downfall.

The actress further stressed on the cut down of alcohol as much as possible to keep the weight off.