Here's What You Should Know About Sarah Vine's Weight Loss 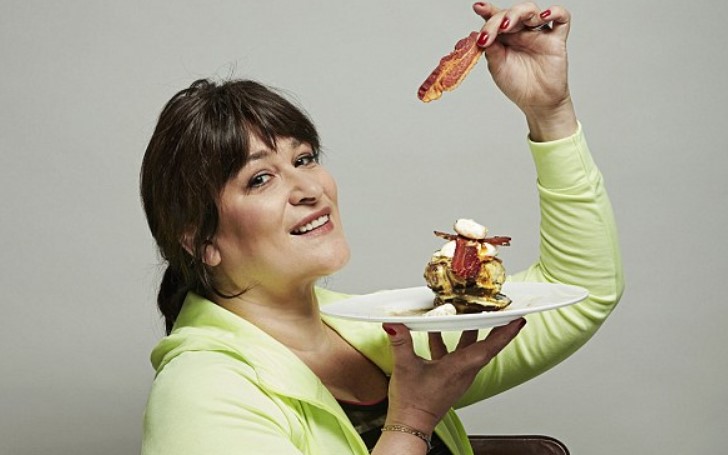 Sarah Vine (born Sarah Rosemary Vine) is a British columnist who writes for the tabloid newspaper 'The Daily Mail' since 2013. Sarah before starting with Daily Mail worked as arts editor at 'The Times.'

Sarah first started her career in customer care after her graduation in Hobbs Ltd. then worked in series of outlets as a journalist including as a TV listing sub at Daily Mirror, features editor before joining 'The Times.'

Well, we all know about Sarah and how successful she is in her career. But recently, the columnist, who is known to write news, became the news herself. Sarah Vine underwent a massive weight loss, and people are wondering how.

Also Read: All the Facts About Jennifer Holliday Weight Loss

Here's everything you should know about Sarah Vine's weight loss, diet plan, and other things that helped her lose weight.

It all began when Sarah Vine's doctor told her ideal weight should be 12 stones when she was 16 stones. Following the instructions from her doctors, Sarah lost a whopping two and a half stones.

Sarah said, "This I have done without either starving myself or adopting some absurd fad, without exercising my body into the ground or swallowing a gastric band. There’s been no juicing, no jogging, no wonder-oils or pills — and best of all, I’ve not become an alcohol-free bore."

Sarah continued, "I have, as they say, been on a bit of a journey. One that, like everyone who struggles to control their weight, I have embarked upon countless times before — but never yet completed. It began with a visit to my doctor last year [2017], around the time of my 50th birthday. Despite regular exercise, a good diet, and a (reasonably) healthy lifestyle, both my blood pressure and cholesterol levels were starting to creep up, and I was puffy from water retention."

How Sarah Vine Tackled Her Problem?

Talking with the Daily Mail, Sarah revealed, "That was April [of 2018]. I went home and felt sorry for myself for a bit, and then had various half-hearted stabs at cutting back the calories. As ever, they came to very little — just a few pounds here or there, a mere drop in the adipose ocean. I went back to the doctor and whined about how hard it was. He still had his stern face on."

Sarah continued, "What had begun as the baby weight had stuck around and increased, slowly but surely. In denial, I had stopped weighing myself. When I stepped on those scales at the doctor’s, I was horrified to see that I had passed the 100kg mark. About 16 stone! My ideal weight is 12 stone. So I had to make a decision: spend the next ten years slowly expanding, with all the attendant health issues, or save myself — and the NHS — a lot of trouble and get a grip. I decided that what I needed was a kick-start. Over the course of last summer, I tried to cut down on my worst excesses — bread, pastries, rich suppers, and cheese — and then, at the start of last October, headed to Austria to spend five days at the VivaMayr clinic."

Vine further added, "I won’t lie: it was not fun. The best way to describe it is like food rehab — total sensory deprivation. They take away all the pleasures associated with eating and replace them with a diet of, in my case, herbal teas, Epsom salts, and a foul-smelling broth that tastes like the bottom of some long-lost primordial swamp. All epicurean pleasure thus removed and the gut returned almost to its virgin state, they then go about re-educating the mind to reject customary cravings in favor of simple, wholesome foods that stabilize blood sugar and encourage efficient digestion. I can honestly say it was one of the most unpleasant experiences of my life. But it was also one of the most enlightening."

Sarah revealed following the program, she felt less hungry and lost three-quarters of a stone. Clothes started to fit better and she was motivated further to continue the program despite going through unpleasant experiences.

Vine also revealed she started to eat "mindfully," that is, she stopped when she was full rather than keep on munching. However, she added the hardest part of the program was to keep herself away from fish fingers!

Sarah said, "As I watched the pounds slowly come off, I began to understand what the Mayr had done. Essentially, it had reset my gut. Like a computer clogged up with junk, my system had begun to run hopelessly slow. After half a century indulging my epicurean excesses, it needed resetting. Unplugging, if you like. For someone to clean out the bugs and hit reboot."

By December of 2018, Sarah lost another one and a half stone and stressed that was a real breakthrough for her. That's how she is keeping up with her diet plan still, and we are really proud of her.

You May Also Like: All the Facts About Jennifer Holliday Weight Loss