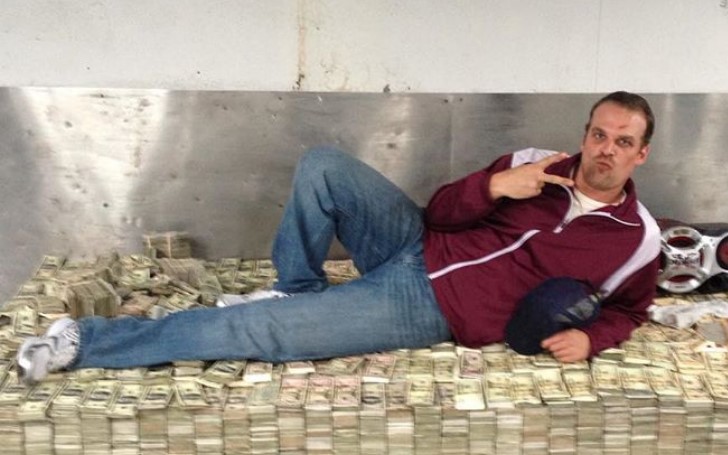 Here's what you should know about David Harbour's weight loss and a few more things.

David Harbour (born David Kenneth Harbour) is an American actor who is known for his role on Netflix's science fiction drama, 'Stranger Things,' as 'Jim Hopper.'

The actor earned a Critics' Choice Television Award in 2018 for his work on the show and also received Primetime Emmy Award and Golden Globe Award nominations.

Well, 'Stranger Things's Season 3 already concluded with a rather sad turn. David's character, Jim, dies at last, and we all were devastated by his death. But fans believe differently.

Recently, David Harbour has gone through massive weight loss, and fans suspect it's all for 'Stranger Things' Season 4. But wait, he is coming in new Marvel's movie, one of the most anticipated ones, 'Black Widow.'

But before we even start talking about his roles Black Widow and the probability of him returning on Season 4, let's find out about his recent weight loss the fans are talking about. Did he really lose weight?

Well, fans seem pretty convinced, David Harbour has gone through a massive weight loss. People are talking about his recent appearances, and as one fan noticed, the 'Stranger Things' actor looks incredibly slim.

They believe David Harbour underwent a weight loss for, maybe, a combination of 'Black Widow,' his personal health, and also for 'Stranger Things.' We can see some of you are curious as David's character is dead on the series, but there are some fan theories that suggest Jim Hopper will resurrect.

David, for his role on Stranger Things, gained weight, and back in 2018, when the filming for Season 3 was still going on, the 45-year-old actor revealed he was very uncomfortable with his weight and look.

So, it's confirmed the actor has lost substantial weight, which is clear from his recent pictures. If you check his Instagram, the actor looks a lot slimmer than he used to look during his 'Stranger Things' days.

The filming of Marvel Cinematic Universe's highly anticipated stand-alone 'Black Widow' movie is already done, the film was previously scheduled to release in May of 2020, but it was pushed back to 2021 due to the coronavirus pandemic.

Well, there's nothing real and serious connection between the movie and Stranger Things Season 3, but if you noticed the name "Alexei" Harbour portraying in the MCU movie, it sounds awfully similar, don't you think?

Alexei was the name of the Slurpee loving Russian scientist, the character played by Alex Utgoff on the series. Well, we could not help but remember the joyful character from the series every time we hear the name.

Just in: David Harbour and Lily Allen have tied the knots. The actor and the singer married at the Graceland Wedding Chapel in Las Vegas. The newly married couple confirmed their surprise wedding on Wednesday, September 9, 2020.

David, 45, and Lily took to their social media to announce their wedding. The couple shared a series of fun photos on their Instagram account from their big day. On his wedding pictures, David looked a lot slimmer, too, so we can really confirm now that he has undergone a massive weight loss.