Home / lifestyle / Is Tana Mongeau Married? Who is Her Husband? Grab All the Relationship Details

Tana Mongeau got married and divorced to Jake Paul in a matter of months. This news got people shook.

The news first hit the web that something was going on between them back in April of 2019 after the social media star posted a selfie lying in Jake's bed.

And since then, they've been pretty much flaunting their love everywhere. On Tana's 21st birthday, Jake proposed to the social media star! They tied the knot on July 28, 2019.

Sadly, recent news says that they are splitting up just six months after their wedding. Tana and Jake posted how they were 'taking a break from one another.' Before Jake, Tana had multiple other relationships that are going to take a look at.

Tana is also known to be a clout chaser. People accuse Tana of getting into a relationship with famous people for the clout. Maybe it is her dating pattern that gets people talking.

Noah Cyrus, American singer, songwriter, and actress who's also related to Miley Cyrus. Cyrus shared a bunch of steamy videos with Tana in September of 2019.
Rumors quickly started spreading that something was going on between them, mainly because Jake and Tana both confirmed that they were in an open relationship.

Next is Hunter Moreno, Photographer, and Tana's BFF. The two dated back in 2017, after they met at the Life Is Beautiful music festival.

"I fell so life-changing in love with Hunter, and that f**ked me up so much because it bred so much of me comparing everyone for the rest of my life to this person that I'm not going to be with," Tana later said of the relationship.

Brad Sousa, the Canadian model, was another man Tana fell for. The two made things Instagram official back in December of 2018, and after that, they started posting a ton of PDA-filled snaps together. But in April of 2019, Tana revealed that they had split after she caught him sending another girl some flirty DMs.

Bella Thorne and Tana Mongeau's relationship's been the most controversial. They started dating after they shared a steamy kiss at the Life Is Beautiful music festival. After that, they were pretty much inseparable, and Tana even revealed in one of her YouTube videos that she thought it was love at first sight!

But things got complicated when both women continued to date other men while they were still dating each other! That's right. Tana dated Brad while Bella entered into a relationship with rapper Mod Sun

Lil Xan, the rapper, was another personality Tana dated. In a YouTube video uploaded in May 2019, Tana spilled all the tea on her romance with Lil Xan. It turns out, the two met through mutual friends in early 2018 and had a brief fling. But in the end, the rapper cheated on her and moved on with Noah Cyrus.

A lot of other names like Somer Hollingsworth, Mac Miller, Kian Lawley, FaZe Banks comes up while talking about Tana's love history.

From the very beginning, fans questioned Mongeau and Paul's relationship status. Shortly after the pair began posting videos together, Paul told fans their relationship was "real, but it's also not."

Seemingly playing into the criticism that their relationship is just an attention ploy (or "clout-chasing") the pair even referred to their wedding as a "Holy Cloutramony" on their invitations.

Now that Tana and Jake are no longer a couple, people realized how everything they did for one another in the past was fake. The controversial stars staged a colossal wedding ceremony in Las Vegas in July.

Despite initially insisting that the wedding was real matrimony between two people in love, they later revealed that the union was never made legal and said they were going to have an open relationship.

Mongeau later hinted at a relationship with Noah Cyrus, though Cyrus denied any romantic connections.

Paul, meanwhile, has been spotted hanging out with exes Alissa Violet and Erika Costell, but it's unclear if their lunch dates have been more than platonic.

Find out: Tana Mongeau Net Worth - The Complete Breakdown

Dark Side of Tana and Jake's Relationship

The split may not come as a shock to their fans since Mongeau opened up about her unhappiness with their relationship in a 40-minute-long video posted to her account on Monday. Titled "the truth about everything," the influencer revealed that she agreed to have an open relationship with Paul.

Jake Paul showing off the ring he gave to tana
Source: Insider

She says in the video how everything changed" once they tied the knot. In an episode of her MTV YouTube show "Tana Turns 21," Mongeau confirmed in August that their wedding was merely a publicity stunt.

"Don't get me wrong I think a wedding is an important thing, but at the same time, I don't think Jake and I take things very seriously. I have a lot of love for him, but it's still something fun and lighthearted that we're doing for fun and content," the YouTuber said at the time.

Tana and Jake getting out from a party
Source: Dankanator

The 'Jana' drama's been the hottest tea recently as it caught people by surprise. However, we have to admit that both the clout chasing Youtubers Jake and Tana have a solid faking game.

Check out the Lifestyle section of Idolpersona.com for more stories on your favorite celebs. 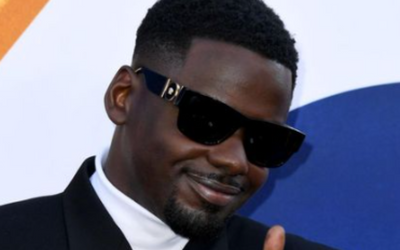