Home / health / Adrian Lewis Shares His Weight Loss Story: Find Out How He Did It

Adrian Lewis Shares His Weight Loss Story: Find Out How He Did It 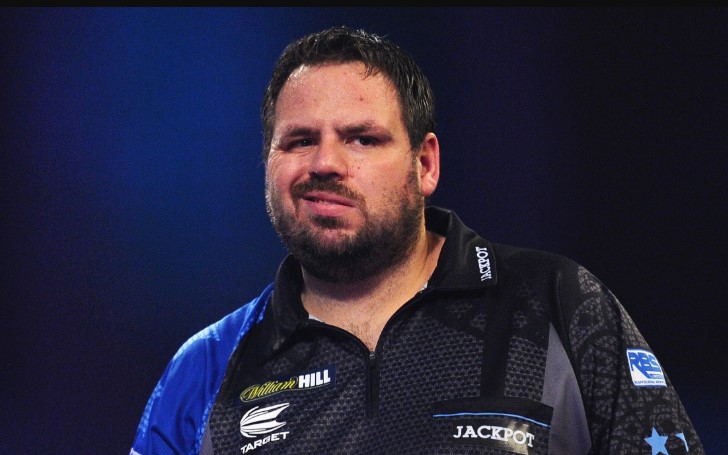 Here's what you should know about Adrian Lewis' weight loss journey.

Adrian Lewis is an English professional darts player who is currently playing in the PDC. The English pro dart player is a two time PDC World Darts Champion (2011 and 2012.)

Adrian gained mass popularity in the world of darts playing when he won a jackpot gambling in Las Vegas in 2005, and he was nicknamed "Jackpot" following the event. However, the darts player couldn't collect the money because he was under 20 years, as the US legal gambling age is 21.

Adrian's biggest breakthrough came in May of 2006 when the darts player joined the 15 other PDC players in the top-16 competing against 16 American qualifiers in the World Series of Darts.

While rounding off his career, Adrian Lewis has been ranked at a career-high of second following his win against Gary Anderson and won his first World Championship final. The darts player has won a total of $3,226,250 during his 12 years long career.

Apart from his excellent career, Adrian has also made quite a impact on his health and fitness. The darts player has lost a massive weight and recently opened up about his weight loss journey. Let's find out what he has to say.

Adrian Lewis stoked all who got to see the recent pictures of him. A photographer, Lawrence Lustig, took some recent photos of him and people couldn't believe their eyes. Adrian Lewis has undergone a massive weight loss.

Talking about his weight loss journey, the darts player revealed he was been working really hard over the past few months to lose weight.

"I have been exercising six days a week for 14 weeks. Obviously, I found it difficult to adjust but in the long run, it will definitely benefit my game."

Adrian Lewis Thinks Weight Loss is Helping Him in His Game!

The darts player has found new motivation during this coronavirus pandemic; since the country was in lockdown, Adrian Lewis found a fitness regime helped in many ways.

"I and the wife have been exercising. We've done it for three months, just doing the Tyson Fury workouts every day and a couple of mile walk and bike ride at night. It's been good."

"I hit a nine-darter this morning, so the weight loss must be helping! I think it will do over the long run, without a shadow of a doubt. If you're fitter, you're mentally fitter as well. Everybody is in the same boat, so we're going back. Nobody really knows what to expect, nobody knows what kind of form we're in either. Haven't played any competitive darts in the past four months but I think everybody is eager to get back playing again."

You May Also Like: Boris Johnson Says " He Was Too Fat" — The PM Opens Up During his Weight Loss Story