Who Is Anna Faris Dating After Split from Chris Pratt? Actually, She's Engaged 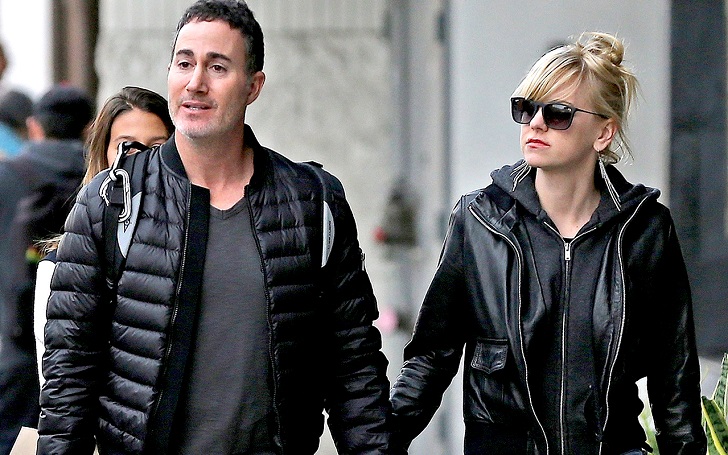 So, it seems like we're all moving on. Anna Faris might've been too proud to admit her weight loss had anything to do with the split from former husband, Chris Pratt, but she couldn't deny it either. It was hard for the both of them, sharing a kid, Jack, together.

However, it might've been harder for Faris after finding out her baby daddy was hitched again, to Katherine Schwarzenegger. But now, it seems, the 'Mom' star has found the strength to move on herself for good.

They were not able to celebrate a decade of marriage though.
Photo Credit: Rune Hellestad, Corbis

Would it be too unbelievable to say Anna Faris has only ever been with three men since her rise to the fame with 'Scary Movie'? It's true though. Yeah, high school don't really count in her case. And rule out any of those rumors the tabloid occasionally run.

First Husband Was Ben Indra, If You Didn't Know

Faris was first married to Ben Indra in 2004 since reportedly meeting on the set of 'Lovers Lane' in 1999. According to her 2017 auto-memoir, 'Unqualified', Indra proposed to her twice and even asked for her father for her hand in marriage before proposing.

"I was just completely hypnotised," Indra told WHO in 2011.
Photo Source: Getty Images

They were engaged twice then... But in 2007, trouble brew over their marriage as Faris realized it was not working anymore. And what was the reason? Yeah, Chris Pratt, if you didn't guess yet. The connection she felt on set and off set with him got her second-guessing her marriage.

You Might Not Know of This Famous Hollywood Couple: Jill Wagner and Husband David Lemanowicz Have the Greatest Love Story Ever

Faris and Indra separated that year as the divorce was finalized on Feb. 19, 2008, citing irreconcilable differences. She agreed to pay $900,000 and split properties and acting royalties as part of the divorce. And Indra's career seemed to have vanished after that.

Faris Fell for Pratt While Setting Him Up with Other Girls, But Never Cheated on Indra

In 2007, Anna and Chris were introduced when filming for 'Take Me Home Tonight'. She mentions in her book about how she started off with being a wingman to Pratt, setting him up on dates with other actresses (resonating with her movie, 'What's Your Number?', that also featured Pratt?), before realizing she'd fallen for him already.

Faris didn't realize the fact completely until the movie star, Topher Grace, witnessing their relationship, took her by her hand and exclaimed, "Anna, what the f**k are you doing with that guy?" In her book, she writes that despite not cheating on Indra with Pratt, she feels guilty for not being "completely innocent, either".

They were enjoying their company a little too much on set.
Photo: Take Me Home Tonight, Rogue Pictures

After divorcing Indra, the relationship went forward so quickly that they got engaged on her November birthday 2008, nine months after the divorce was finalized and then married in a small ceremony in Bali in July 2009. They had met each other's soulmate.

It was all well for the time they were married and defined what a Hollywood couple should be like. But the shock came in August 2017 when Pratt announced via Facebook that they were separating, on a mutual basis. They filed for divorce in December 2017, which was finalized on October 16, 2018.

Find Out If Andrea Bocelli's Son Matteo Bocelli Is Married

Following the divorce, both of them expressed how devastated they were with the split. But before the divorce was finalized, Pratt began a relationship with author Katherine Schwarzenegger in June 2018. He announced their engagement in January 2019 as they married on June 8, 2019. And Faris says Pratt actually texted her next morning that he'd proposed to Schwarzenegger and that she was really happy for them.

In 2017, it was clear that she was not doing too well with the separation as her appearances showed her to be skinnier than she used to be. But little did anyone know, she'd started dating cinematographer Michael Barrett in September 2017 after having met him while filming 'Overboard'.

Yeah, Anna's son with Chris, Jack Pratt, was with the two during a vacation in Italy.
Photo Source: CuCu, BackGrid

Pictures of them spending a lot of time together kept floating around since then. But news of Pratt's engagement and the wedding might've been too hard on her. She lost more weight since then.

Still, good news can never go wrong with anyone. It seems she too was finally ready to be married again too. After several engagement rumors following the big ring photo on Instagram and that one Carbon Monoxide fear, she put the whole thing to rest in February 2020 when James Corden asked about the ring on his show.

Yes, Anna Faris and Michael Barrett are engaged. Also, she wants to officiate her own wedding. Don't believe it if you can't, but when you refer to Anna Faris' relationship, these three people are the only ones that you'll find confirmed to have been with her in all her glory years.

So, cheers to her new life. Wait a while for the wedding though.