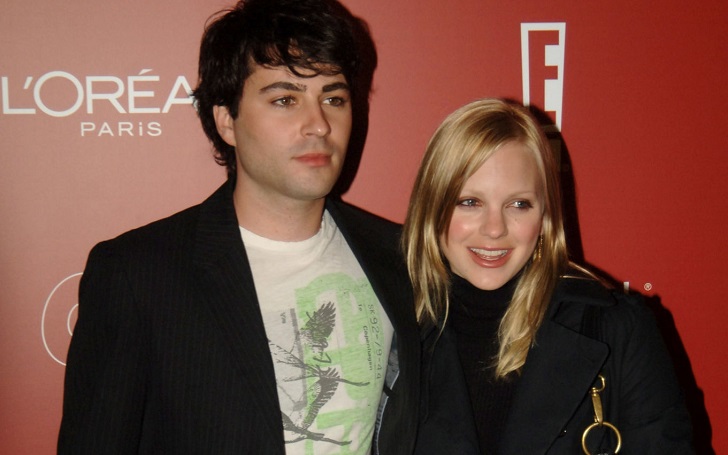 It's a topic that probably crosses the minds of Anna Faris fans but rarely goes noticed. In the grand scheme of things, the Anna Faris-Chris Pratt relationship has been historic for the love they had for each other, even after splitting up. But little did people know, Faris was already once married, and the second had something to do with the split.

Ben Indra is the first husband of Anna Faris. And considering Faris has been with only three men in her adult life, there's no need to exclaim she's had failed relationships more than anyone. She doesn't. The fact that she was devastated with the Chris Pratt split says something about it.

The story of the relationship between Faris and Pratt overshadows the one with Indra because, well, Indra kind of vanished from the film industry a few years before the divorce.

First, Who Is Ben Indra?

Born Benjamin Jeffrey Indra on February 23, 1979, in Sonoma County, California, he is also an actor. He started in 1999 with the horror movie, 'Lovers Lane', which he worked with Faris on.

Indra was an actor until 2005.
Photo Credit: SGranitz, WireImage

Indra would later be known to be working on 'Tempest Eye', 'Damaged Goods' and even a TV series, 'Raising Dad', until doing the final project of his entire career with 'Love, Inc.' in 2005.

Also: Kevin Nealon's Wife, Susan Yeagley. Get to Know Her

And yeah, that's where his acting credits stop. Even after marrying Anna, he was nowhere to be found. With the trending age of social media, there was no sign of him on any of the platforms after the divorce.

Ben Was Completely Hypnotized the First Time He Met Anna

Anna Faris had just come off a surprise start to her acting career in the 1999 satirical horror-comedy, 'Scary Movie', and was ready for more. She'd beat out hundreds of actresses for the 'Cindy Campbell' role, and despite not satisfying the critics for her casting, her acting just blew them away, grossing $270 million worldwide at the time.

Meanwhile, Ben Indra was looking forward to his big break in the independent film. When he met Anna during a 'Lovers Lane' rehearsal in Seattle in April 1999, he was blown away by simply her presence. Considering she was often ignored by boys for being a geek, it was a new experience even for her.

"She was really cool, and I just didn’t want to miss the chance to get to know her as much as possible," Indra told People in 2001. "I was just completely hypnotized."

She was a really smart girl playing a dumb girl in the movies. Of course, there's a certain romantic appeal to it.

Indra Had to Propose Twice Before Getting Her Approval

The details of their married life were not relatively known until Faris, an English literature graduate, released a memoir-kind-of book, 'Unqualified', in 2017. She writes about how he proposed twice and asked her father first for permission before asking her.

She discusses the relationship with Ben Indra in the book for the first time in a long while.
Photo Credit: Jeff Kravitz, FilmMagic

The first time was when they were heading for some burritos for lunch as he led her to an antique jewelry store and asked her which ring she liked. He bought the ring on the spot and proposed to her. As she writes in her memoir, "I think my exact words were, 'No, no, no, no, no. This is not how this is happening.' … we were on our way to eat burritos."

Complete History of the Relationship Between Goldie Hawn and Kurt Russell

The second time came a couple of months later at the Mondrian Hotel. "When we got upstairs he got down on one knee and said all the nice things you might imagine for a marriage proposal. That's when I said yes."

The First Marriage Felt Like a Mistake to Anna, But She Still Wonders Why She Did It in the First Place

The married life just went by for the two with no kids, but when working on set with Chris Pratt on the movie, 'Take Me Home Tonight', Faris had some things to think about her marriage. While helping Pratt secure dates, she was falling for him as it took Topher Grace to stop her and ask, "Anna, what the f**k are you doing with that guy?" to finalize her thoughts.

There was no denying the chemistry there was between the two.
Photo: Take Me Home Tonight, Universal Pictures

"When I looked back at my marriage, and many of my relationships before it, I realized I had always equated cynicism, discontent, and anger with intelligence, and getting together with Chris made me reexamine that. It made me realize that being with someone who was well-liked and popular actually made me happy," she writes in her book.

The Love Story You Need to Know: Meyers Leonard and His Wife Elle Bielfeldt

"I've often tried to understand my rationale for getting married the first time, because it does seem baffling to commit to a lifelong relationship when there are so many glaring problems," she still ponders. "I still wonder why I did that, and I don't fully have the answers and I don't know if I ever will."

It was March 2007 when Indra and Faris were finally done with their marriage. Although, the actress took the first step as they were straying each other since March 21. She filed for divorce on April 1, 2007, in Los Angeles Superior Court, citing irreconcilable differences as the reason for the split.

According to the petition, she wanted to out of paying spousal support. But when the divorce was finalized in mid-February 2008, she had agreed to pay her ex-husband $900,000 and split property and acting royalties.

And so, Indra vanished without an appearance.
Photo Credit: Frank Trapper, Corbis

During a 2011 interview with Marie Claire, she also reminisced how her fame was growing so much during the time of the marriage that it kind of strained the marriage as a whole, as Indra's career was stalling.

"That kind of destroyed my marriage," she tells the publication. "The divide became too great. She then proceeded to get a boob job as a direct result of the divorce. So, no, it had nothing to do with her career.

Faris and Pratt Were Engaged Nine Months After the Divorce

Faris was, of course, devastated from the divorce to Indra, despite looking forward to dating Chris Pratt. While bound in the marriage, she did have chances to cheat on Indra with Pratt, but she didn't make anything of it. Still, she wants to clarify, she doesn't feel like a hero for that.

"Sure, I get to proclaim I didn't f**k Chris before I left Ben, but what is there to celebrate in that? It didn't make me a hero," she wrote in her book. "After all, I wanted to, desperately ... So while I didn't cheat, I'm not completely innocent, either."

Despite not cheating, she doesn't want to feel like a hero.
Photo Credit: Michael Yarish, Warner Bros.

So, nine months into her divorce from Ben Indra, Anna Faris was proposed by Chris Pratt on her birthday in November 2008, engaged to be married. And Pratt wanted to do that since day 1 of meeting her.

"I knew I wanted to marry her pretty soon [after I met her]," he told People in April 2009. "It took a while for me to admit it, because it would be crazy to be like, ‘I want to marry you’ the first day I met her. But I could have!"

As for commenting on the Anna Faris-Ben Indra divorce, he was initially hesitant to show his feelings for her. "I was like, 'Well, that's all right', and I just did the movie," Pratt told EW. "But it turns out they had been falling apart for a long time."

The two got married on July 9, 2009, in a small ceremony in Bali, Indonesia, and shared a son, Jack Pratt, born prematurely on August 25, 2012. But the marriage didn't last as they shockingly announced their separation in August 2017. The divorce was finalized in December 2018.

By then, Faris was already dating cinematographer, Michael Barrett, since September 2017. Not they are engaged to be married, and Pratt is already married to Katherine Schwarzenegger in June 2019.

Stay tuned and connected to IdolPersona for more celebrity stories.

Who Is Anna Faris Dating After Split from Chris Pratt? Actually, She's Engaged