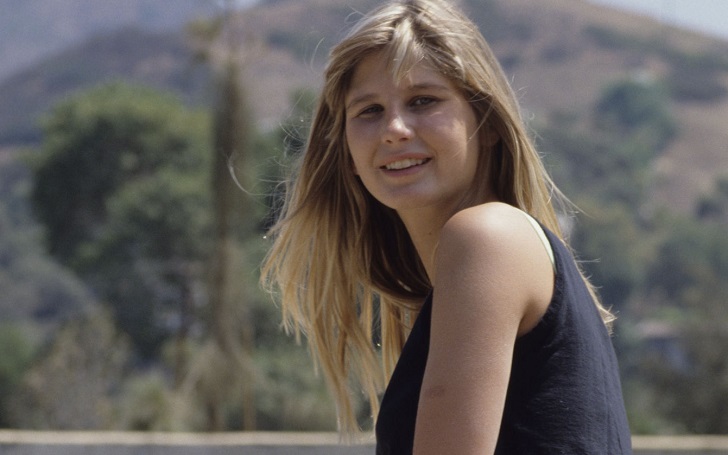 Can you call celebrity daughter Zuleika Bronson her father's favorite child out of many just because he left more for her than any other family member in his will? Well, probably yeah.

Charles Bronson (net worth) had four cents in his pocket when he went on his first date with his first wife Harriet Tendler and then went on to become a multimillionaire actor after pursuing his dreams for so long. But Harriet was not Zuleika's mother.

It's Complicated to Grasp the Genealogy of Zuleika Bronson's Siblings

Charles had two kids with Harriet, son Tony Bronson and daughter Suzanne Bronson until their divorce in 1967. He was then married to another English actress, Jill Ireland, until her death in 1990. She was struggling with breast cancer for a long time until her body gave up on her.

The two raised seven children together in their Bel Air mansion in Los Angeles. Tony and Suzanne came from Charles' earlier marriage. Jill was also married to David McCallum before and had three kids with him, one of who was adopted.

Thus, brothers Jason McCallum, Paul McCallum and Val McCallum were all older step-siblings of Zuleika, with Jason being the adopted child by Jill & David from his birth-mother Elizabeth Ashley. But Jason died on November 6, 1989, "of an accumulation of drugs in his system, some prescribed by doctors."

When Charles and Jill were together, they brought in two kids of their own. First, they adopted daughter Katrina Holden Bronson, whose birth mother was Hilary Holden. And then daughter Zuleika Branson was born as the youngest and the last of Charles' progeny. Their life is well documented in a two-hour television movie, 'Reason for Living: The Jill Ireland Story', based on Jill's autobiographical book 'Life Lines'.

By an extreme estimation of a photo captured in January 1972 of Jill strolling Zuleika, she was born around 1971.

Within the next decade of Jill's death, he was married again to his third wife, Kim Weeks, in December 1998, until he too succumbed to pneumonia and/or Alzheimer's on August 30, 2003.

Zuleika Owns a Ranch/Farm Under Her Name in Vermont

Charles and Jill lived a pretty lavish life, but they also had some humbleness in them. They owned a farmhouse in West Windsor, where Jill trained Zuleika to ride horses. And suffice to say, she got pretty good at it, as the ranch is now named after herself.

The farm was reportedly gifted by Charles and Jill when they were very impressed with their daughter's skills and her passion for riding. In fact, he brought out the interest in her by buying a carousel horse when she was a child. But it is not known if she still pursues something in that field. Plus, she also raises snakes. Or catches them, is unclear.

In a Conflicting Will Reading after Charles' Passing, Zuleika Got Twice As Much As Any Other Mentioned in It

When the 'Death Wish' actor passed away, it was a pretty intense moment after the hearing of his will, according to which he had $48 million ($68.2 million in today's money) worth of assets. According to the will, Kim was awarded $8 million Malibu house and $1.6 million in cash. But she was particularly disappointed for not having been left with the $4.8 million Vermont beach house and ranch, which Zuleika was handling.

Meanwhile, his son Tony was extremely annoyed because Kim was left with so much as he alleged she cut him and his family off from visiting Charles in his deathbed. And no one was happy that much of Charles' wealth was locked up in trust funds.

And finally, Zuleika reportedly got at least twice the amount left out to the other members, as she also took forward to the care of his Vermont ranch.