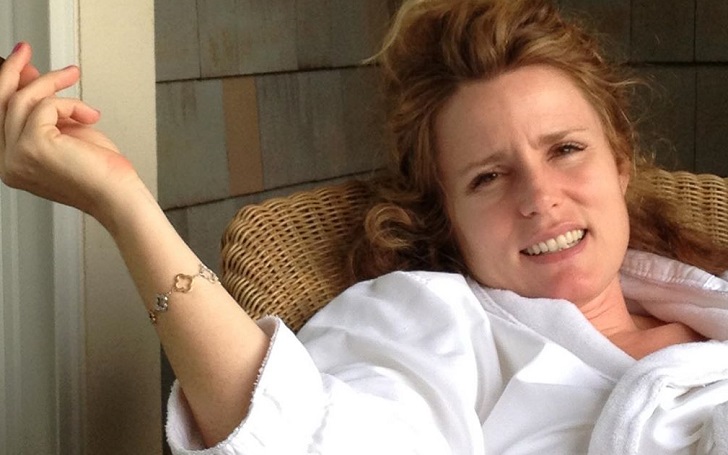 So Ethan Suplee (net worth) and wife Brandy Lewis' love story is one thing that people often don't remember, and it's quite a beautiful story. They've been married for just about 14 years now, with four kids, all daughters, and there seems to be no stopping them.

But isolate the two for a bit. Brandy Lewis is part of a big family (and by big, we mean huge), and it seems only a select few get to have their story told. Like her sister Juliette Lewis, a singer first and then an Academy Award-nominated actress.

The pair have been together for almost three decades.
Photo Source: Ethan Suplee, Instagram

Here are some things you really need to know about the not-so-underdog celebrity wife, Brandy, then.

Brandy Lewis was born Brandywynne Lewis on December 13, 1975, in Los Angeles, California, to the legendary actor Geoffrey Lewis and his first wife, Glenis Duggan Batley. But it was around (most presumably before) her birth that her parents divorced.

Of course, she was a baby when her sister Juliette moved around between her father and her mother within Los Angeles. In addition to Juliette, Glenis was also a mother to their elder brother, Lightfield Lewis, also an actor. Their half-siblings include Dierdre Lewis, Emily Colombier, Matthew Lewis, Miles Lewis, Peter Lewis, and Hannah Lewis.

Check Out: Here's Everything We Know about Kris Brkljac, Stana Katic's Husband

When Geoffrey was hospitalized and was on his deathbed, sisters Juliette Brandy and one of the other three half-sisters came together to care for him in 2015. Ultimately, on April 7, 2015, Geoffrey succumbed to a heart attack in his Woodland Hills home.

Brandy Is Not an Actor, But She Did Introduce Juliette to Todd Morse

Like her father, Juliette also went on to become an actor, but she had a way with music too, since first being thrust into the limelight at the age of 18. But Brandy, not so much. But she'd succeeded in meeting the love of her life when she was 16. And as of now, Juliette is also close with her brother-in-law, Ethan Suplee.

It's unclear how, but according to Juliette, it was through Brandy that she met her 'Juliette and the Licks' member, Todd Morse, in 2003. She says Morse was the band's first recruit after the discussion with Patty Schemel.

While Brandy may not be an actor, she has been credited as a producer for the recently announced 'Untitled Juliette Lewis Rock Documentary', obviously a documentary of her music career. Additionally, she's also been mentioned as an assistant for her sister for 'The Other Sister', 'The Evening Star' and for Giovanni Ribisi in 'Gone in 60 Seconds' before the turn of the millennium.

It's no surprise that Ethan Suplee's weight loss journey is one of the most inspirational ones there is. In between the journey, she was the first person he talked to about it to consult how to head that way. But before that moment, she had no problem with how he looked and never brought up the issue of diet. She may have just wanted him to decide on it himself first.

And when he started out, it was the beginning of "the best change of my life". But when he was biking and dieting too much, she thought he was going a little overboard with it. After 'My Name Is Earl', he was just doing it forever, six to eight hours a day, six days a week.

At one point, he had only 9% body fat. His wife came to him and asked him to get back to working and acting again. "After two years of that, my wife said, 'Hey, idiot, you can’t retire and ride bicycles. You have to go get a job'," he told EW in 2017.

While it wasn't easy for him to get the roles he would've liked, it was one of the best changes he's made.

Sure, She's Active on Social Media

Yeah, Ethan shares quite a few photos with his wife, Brandy, and her four daughters. And most posts he makes with them are cheeky ones, with photos that barely show her full face. And she's also active on social media, and he has tagged her in a bunch of photos together.

For Suplee and wife Brandy, life has never been awesome since meeting when they were only 16. They got engaged in early 2005 and then got married in an extremely private ceremony over the summer of 2006. Before the wedding, they already had three daughters, Bella Lewis, Lily Lewis, and Francis Clementine Suplee. Grace came a year later in April 2007.

The four of them are one great example of a family. Huzzah!

Stay tuned and connected to Idolpersona for more stories. 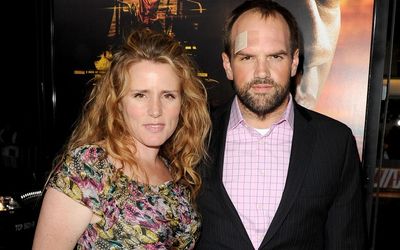