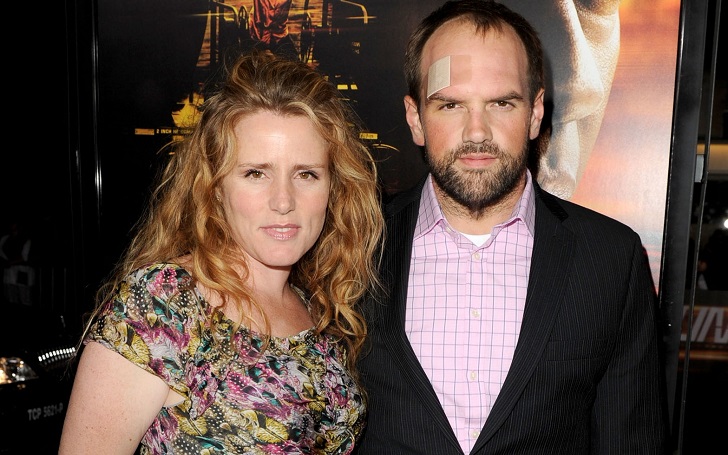 If there's one inspiration you can take from Ethan Suplee, it's his weight loss journey. But that's not the best part of his life as he was close to not getting his role of 'D' in 'Chance' because he had slimmed down too much because, you know, most stories were written with him in mind when he was much heavier than he is now.

The best part of Ethan Suplee's life would have to be staying married to his wife, Brandy Lewis. Yes, the sister of the Oscar-nominated actress and singer, Juliette Lewis. And he's close with his sister-in-law too, as Juliette congratulated him on his journey to look ripped and often features in his podcast.

No need to spell it out, right? Juliette, Ethan and Brandy.
Photo Source: Ethan Suplee, Instagram

So yeah, family life has never been better for her. While his life is best with his wife and kids, the best part of that life has to be how Brandy's been with him during all his struggle with his weight, both the literal ups and downs of it.

Ethan Suplee Met His Wife Brandy Lewis at 16, And It Was "Not" Love at First Sight

It's not strange to hear someone's only ever loved a single person their entire life as it's often anyone's wish. And it's true for 'My Name Is Earl' star. In a rather weird kind of birthday photo, he confirmed that he and wife Brandy met when they were only 16 years old, which means around 1992. And he likes to say it was not a love-in-first-sight kind of a relationship.

Yeah, he often does that with the photos of his wife and his kids.
Photo Source: Ethan Suplee, Instagram

He might've been joking on that one when he said he fell in love with her a few moments later when she slapped him with a hot tea bag. He wrote, "We met when we were 16, and I want to say that it was love at first sight, but really, I think I fell in love with you a few moments later, when you slapped me in the face with a hot tea bag. 💞happy birthday Brandy💞"

The Pair Got Married in 2006 and Has Four Daughters, Three of Them Before Their Private Wedding

Ethan Suplee and wife Brandy Lewis got engaged in between late 2004 and early 2005 as they moved on to have a wedding in the summer of 2006, three kids later. It was a long path for the two before they got married. And considering he'd been with her before he ever started out in the acting industry and after getting his breakthrough in the 90s, they deserved the wedding.

Yes, three kids later. And all of his four kids are daughters. The oldest daughter, Bella Lewis, was born in 1997. She's 23 now. His second daughter, Lily Lewis, arrived in 1998, and their third daughter, 14-year-old Francis Clementine Suplee, was born in 2005, after the engagement.

Absolutely Recommended: Melissa McCarthy and Husband Ben Falcone's Story Is Another Awe-Inspiring One

When the wedding date came, Suplee took a little hiatus from acting over the summer of 2006 and got married in an extremely private ceremony. Yes, extremely. According to Suplee himself, the wedding consisted of “me, my wife, the baby, and our nanny.” It might mean their two older daughters were not at the wedding.

There was a justice of the peace who came over and married us. The baby had some flowers, but she was mostly just tearing them apart.

Then in November 2006, he told People that he and wife Brandy were expecting their fourth child together in April 2007. And his 'My Name Is Earl' co-star, Jaime Pressly, was also expecting a child at the same time, a boy to be precise. He was a little jealous of her for obvious reasons (yeah, he would've liked a boy). But whatever the case, their fourth daughter, Billie Grace Suplee, born in 2007, became better than having a son.

Grace is the only daughter Suplee's ever tagged among his daughters on Instagram.
Photo Source: Ethan Suplee, Instagram

With such a family, things are always ecstatic in their home. And there's no denying it will be for a long, long time. Take that as an inspiration, modern celebrities.

Another Interesting Read: America Ferrera and Ryan Piers Williams Are One Dynamic Duo