Home / health / Why Cara Delevingne Said No To Plastic Surgery After Considering A Boob Job? Find It Out Here

Why Cara Delevingne Said No To Plastic Surgery After Considering A Boob Job? Find It Out Here 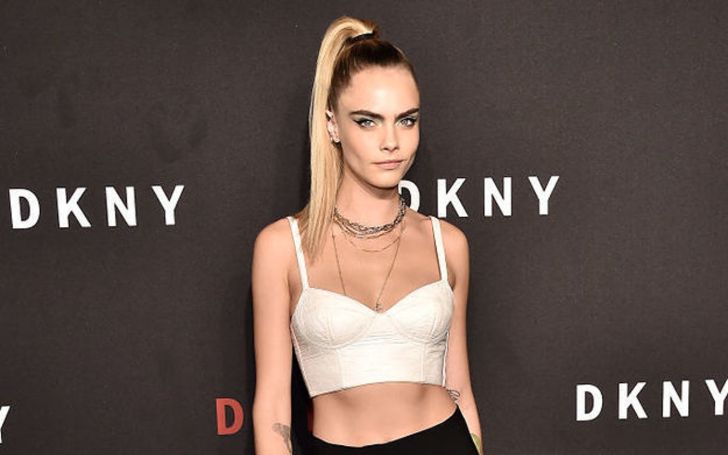 After Considering A Boob Job, Cara Delevingne Said No To Plastic Surgery. Why? Let's Find Out

Cara Delevingne rose to prominence as an English fashion model, singer, and actress who stepped into the glam world during her teens. She won the Model of the Year Award at the British Fashion Awards in 2012 and 2014.

A decade in the acting biz, 5 ft 8 in tall internet sensation holds success with millions of dollars worth bank balance. She is a millionaire owning a total net worth of $28 million.

Delevingne openly identifies herself as bisexual but is now openly pansexual. She was linked with musician St. Vincent in 2014, whereas actress/model Ashley Benson from June 2019 to April 2020. In addition, we are here with some exciting facts on Delevingne. What might it be? Find it out in the article below.

Cara Delevingne Drop Out The Idea On Breast Surgery!

As a kid, Cara Delevingne wanted a boob job, but as she grew old, she drops the idea. She shared her thoughts on this topic in a recent interview on Josh Smith's "Make It Reign" podcast. She shared her candid thoughts revealing she considered getting a boob job for years.

Cara Delevingne had an idea to work on her boob as a kid.
Photo Source: Page Six

The 29-year-old model also shared that she contemplated a nose job but has yet to go under the knife for fear of not discussing it afterward, as noted by Page Six.

As already mentioned, in a sit-down, Cara Delevingne shared how her thoughts changed in surgery over the past few years. She said, "It comes from a place of deep insecurity. Like ever since I was a kid, I was like, I wanna have a boob job, my boobs are uneven."

Kids in Love cast added, "I've gotten close to thinking about it and luckily at that moment go. Well, if I was to do it, then I don't think I could be honest about it." Further, she shared, "And then that would be a problem because I just think that young girls or young boys even need to know that some things aren't naturally obtainable, you know, which is fine."

Cara Delevingne shares what made her not get plastic surgery

Crying in the Mirror director further added, "That's the model of modern science, and that's okay, it's great. But, just what makes it sadder is that people just can't really talk about it," as mentioned by E online.

Click To Know: Did Fran Drescher Had Plastic Surgery? Find It Out Here

Although the star is already against it, she explained that she is never giving up on the idea completely soon. She mentioned, "I would've had something done if I didn't represent what I represent. I thought it was more important to not do something because I wanted to represent not doing something, but that doesn't mean I don't want to."

Lastly, Delevingne added, "I wouldn't want anyone ever to think or question whether I had or hadn't done it." She concluded, saying, "Wouldn't it be easier just to say, "Yeah, you know what, I have had something done?"

For more detail on celebrity health, remember us. We are always here on Idol Persona.