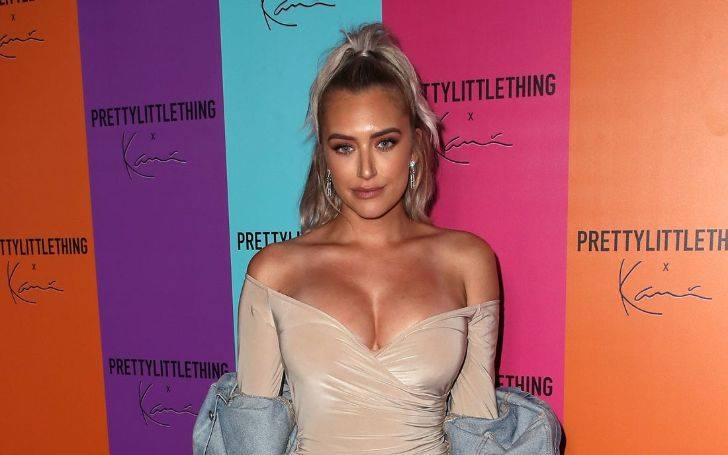 Here are all the details you need to know about the plastic surgery of the model Stassie Karanikolaou.

Kylie Jenner's fans well know Anastasia "Stassie" Karanikolaou, as the Jenner sister's best friend. A model and social media influencer, Anastasia, is one of the closest and long-term friends of Kylie, with Jenner recently revealing on her Instagram that their friendship spans nine years back.

Stassie, as a social media influencer, boasts a significant number of Instagram followers of over 7 million. In her profile, she mostly shares pictures of herself in various clothes for her Instagram admirers and vlogs of her daily life, travel, and special events. She also holds over 450,000 subscribers on her YouTube Channel.

Check Out: Did Debra Messing Have Plastic Surgery? Get All the Facts Here

Stassie loves to go under the knife with lip, butt, and hip injections. She openly talks about her adventure under the knife on her YouTube channel, where she also features Kylie Jenner in most of her videos. She's been through several cosmetic modifications over the years, and for those curious to know complete information about her physical changes in her plastic surgery journey, thorough details are given below.

Millionaire Stassie, during the period in adolescence when lots of physical changes take place in a girl's body, had one of her breasts less developed than the other, which led to the less matured one being smaller. She had difficulty buying bras that exactly fit her. So she sought the help of a surgical procedure to even out her boobs.

Stassie first underwent a breast augmentation to even out her smaller breast with the bigger one.
Source: Instagram

After the surgery, another problem emerged. While she succeeded in obtaining evenly sized breasts, they, however, turned out to be disproportionate for the rest of her body. Her breasts appeared more deflated than other parts of her body.

The surgeon that operated on Stassie, Dr. Ghavami, said the reason was due to her high fat to glandular hormone-sensitive firm tissue ratio. Due to that, if someone undergoes weight loss, the breasts also go under deflation. Stassie admitted her recent weight loss to be the culprit in this case.

Find Out About: Tanya Tucker Plastic Surgery - All the Facts Here

Stassie again chose cosmetic enhancement for the solution. She uploaded the whole process of the surgery on her YouTube channel as she wanted her audiences to know about plastic surgery to make the topic less taboo and less scary to people considering the knife work. After the surgery, she finally got her breasts proportioned.

After two years, Stassie had her boobs proportioned out, and she started to grow dissatisfied with her breasts. She wanted to make them a little smaller, expressing her concerns with the current ones in the recent vlog:

I'm fixing my implants next Thursday. I'm having issues with my current ones. I'm pretty sure it's, like, bottomed-out or something, I don't know. It's, like, not in its socket.

She got her breast implants fixed and posted a picture of her in a bikini showcasing the new smaller breasts on her Instagram page.

For now, Kylie's bestie is happy with her boobs and may not pursue further surgical operations in the future.

Stassie is a fan of lip injection; she regularly performs the procedure. Besides, she also performed hip-widening surgeries similar to her BFF Kylie.

Stassie recently performed the LASIK surgery to modify her vision, the accounts of which she put on her YouTube vlog, the same video which includes her second boob job. Here's the video.

After all the surgeries and fillers she had over the years, there's been a significant change in her physical outlook. The difference can be observed in the picture below.

So, that's all you need to know about the plastic surgery of Anastasia "Stassie" Karanikolaou.

It seems Stassie Karanikolaou holds a massive net worth of $4 million. Yes, she enjoys the millionaire tagline.

Although Stassie Karanikolaou and Kylie Jenner have been BFFs for a long time, it's their first collaboration. According to Daily Mail, Kylie Jenner embraces Anastasia Karanikolaou from behind while showing off their formidable hourglass figures.

In the photoshoot, Anastasia Karanikolaou was wearing a blue latex dress and Kylie Jenner was in a pastel pink latex dress. In addition, the duo dyed their hair respective to the color of their dress.

Stassie Karanikolaou was rumored to be dating Noah Centineo a couple of years ago. Moreover, there was news of the duo tying the knot, as noted by Republic World. However, due to the lack of official documents, it can't be proved.

Even though Stassie Karanikolaou and Noah Centineo were a thing previously, it seems they are no longer together. We came to that conclusion after learning that the Internet diva is dating fellow Internet personality, Zane Hijazi, as noted by The Wiki Feed.

Also See: Has Renee Zellweger Gone Under the Knife - Everything She Said Against the Rumors