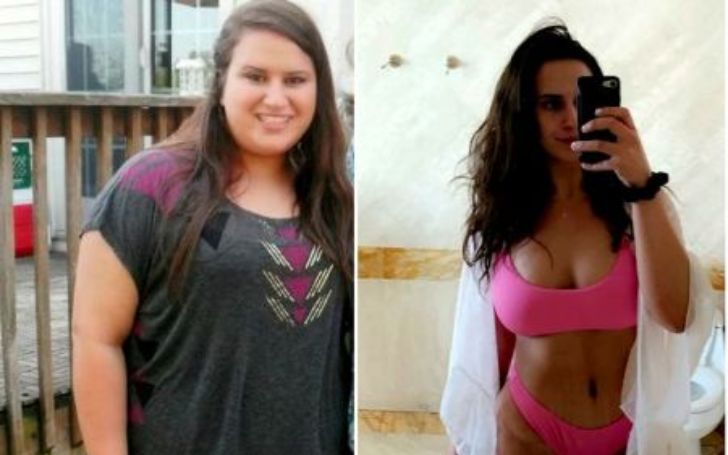 Grab all the details on the weight loss of the 26-year-old, former morbidly obese woman Danielle Hoshia who lost an astonishing 150 pounds.

Danielle Hoshia is a 26-year-old lady from Hoboken, New Jersey who used to be a morbidly obese woman, too big to even sit in an ordinary chair. That's extreme, right? But now, things have changed for her in recent times as she succeeded in dropping over 150 pounds, ultimately changing her look drastically.

Many of you may be wondering how Danielle succeeded in losing such a staggering amount of weight for a person that said she weighed around 295 pounds at her heaviest. Dropping about half of her body weight is an incredible achievement, but it did not come easy. She worked hard for it, and through sheer will and determination, she got the results. Below, we take a look at how Danielle's incredible weight loss journey went, so you will also get some inspiration and motivation if you are also aspiring to do so.

Danielle Hoshia struggled with her weight since her childhood and was a obese kid while she was growing up. 'I was obese my whole life from when I was a kid,' she said, according to Wales Online. 'In college, I gained a lot of weight in a short amount of time.'

Danielle's main cause of her overweight body was her unhealthy eating habits. She used to waste two hours of her day on breakfast when she would consume bacon, eggs, and toast, but thrice the amount a normal person would eat. She engaged in little physical activity too, which made it worse as she went on gaining more and more pounds over time. 'I didn't know how much I was eating,' she told Daily Mail. 'Once I started tracking what I ate, I realized what I was putting into my body. I was so overweight I couldn't sit in a chair.'

Danielle knew she had taken it too far, so much that her health was under threat. In addition, she was pre-diabetic and was told by her doctor that she was at risk for fatal levels of cholesterol. 'I went to the doctor and was told it's not about my appearance anymore, but my health,' she said.

Also See: Has Hugh Bonneville Lost Weight Recently? Let's Find Out About It

Danielle then, with a determination to transform her body, made a New Year resolution five years ago. She downloaded an app named My Fitness Pal and began disciplining herself on calories and exercise. She also downloaded other apps that monitored her calorie intake and stuck to an appropriate fitness and diet routine.

Danielle began limiting her calorie intake to an appropriate amount and began carefully choosing her food items. 'I pretty much ate the same things I was already eating, just much less,' she told Fox News. 'Now, I limit myself to two high-calorie meals and do intermittent fasting. I like to eat a lot, so I have breakfast and dinner and fast from around 8 a.m. to 6 p.m.'

Danielle also incorporated a workout routine in her weight loss journey to supplement her diet plan. She began running 5 kilometers after some months of dieting, and later to 8 kilometers, 10 kilometers and eventually a half-marathon. Ultimately, she lost 150 pounds of excess weight and now weighs less than 135 pounds, the fruit of her hard work and determination.

Check Out: Christina Kim Weight Loss - How Many Pounds Did She Lose?