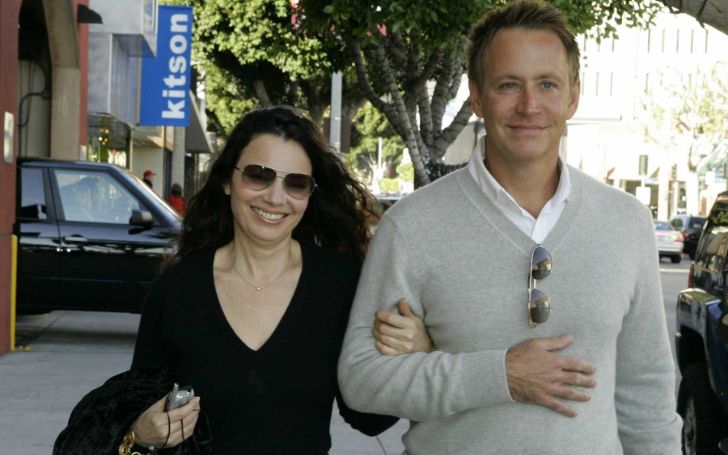 The diva rose to fame as Fran Fine in the hit TV series, The Nanny. As of 2021, she is in her mid-sixties and enjoys a luxurious lifestyle. She holds a soaring net worth of $25 million.

Fran has faced different obstacles in her life. She is a uterine cancer survivor and a rape victim; however, currently, she is as healthy as a horse. Many outlets rumors that she even had plastic surgery on her Botox and fillers, including Juvederm and Restylane. However, let's talk about her married life on this page.

Who is Fran Drescher Recently Dating? Find Out Her Boyfriend.

Doctor Detroit actress probably seems to be single as of 2021. As noted by Fox News, she explained herself as a possible single and said she didn't like to get surrounded by people crowd.

Fran Drescher is possible to single as of 2021.
Photo Source: Instagram

Fran said, 'COVID put a damper on [dating], so I put it on a back burner. I like my bubble small with the people that I know live mindfully.' Further, she added, 'With strangers, you really don't know that.'

5' 5" tall beauty also mentioned, 'I'm also not in a rush to get into another relationship because I've never been in such a satisfying relationship with myself as I am right now. I am using this opportunity to enjoy, without any pressure or stress, where I am in life.'

Fran Drescher is a divorced woman; however, she was previously married twice. She first walked down the aisle with Peter Marc Jacobson; she was only 21-year-old.

At the age of 15, in 1972, Fran met Peter for the first time. They used to study together in high school. After knowing each other for six years, they tied the knot in 1978.

Fran Drescher and her ex-spouse Jacobson are still close but as good friends.
Photo Source: Instagram

After facing many ups and downs together, the high school sweethearts Fran and Peter separated in 1999 after twenty years of togetherness. Why did they part ways?

According to The 24, Drescher's then-husband, Jacobson found he was gay, and soon after, he realized that the duo decided to end their marriage; however, they ended it on good terms.

Although that's what many sites say, one of Drescher's interviews speaks a little different story. As per that sit-down, her sweetheart was having some trouble with his sexual orientation, which frustrated him, and created problems in their married life. However, Peter only came out as gay after they parted ways.

The couple often gets spotted together on Fran's Instagram posts. And she also spoke about their relationship after divorce. As per her words, 'we choose to be in each other's lives in any capacity. Our love is unique, rare, and unconditional; unless he's annoying.'

After their split, Fran Drescher exchanged her vows with her second beau Shiva Ayyadurai at 57-year-old. To be more specific, they got married in 2014, but unfortunately, the couple's marriage didn't survive.

Many sources claim, that Fran and Shiva exchanged their vows on occasion at Fran's beach house. And later on, after the party, both tweeted that they are married.

After that, the news of the event was widely reported, and following that, Shiva came out and said, 'it was not a formal wedding or marriage, but a celebration of our friendship in a spiritual ceremony with close friends and her family.' Unfortunately, they decided to part ways two years later.

Although The Christmas Setup actress has been married twice, Fran Drescher never welcomed any kids in her life. Surprisingly, yes, the 63-year-old diva has no children of her own, why you may assume?

Well, the reason is pretty dark and sad. As we mentioned earlier, Drescher is a rape victim. The incident took place back in 1985 when Drescher was still married to her beau Peter.

Fran, her girlfriend, and her husband Peter were enjoying their time when out of nowhere, criminals invaded their house; following that, they tied Peter and raped Fran and her friend in front of him at gunpoint. But this isn't the reason behind having no kids. So, what is?

After going through such a tragic event, Fran somehow sustained herself; however, life challenged her again; however this time with a life-threatening disease.

In 2000, Fran, then 43, was diagnosed with uterus cancer, and for the treatment, she had to undergo a hysterectomy, a surgical procedure to remove the womb. After that, she was incapable of welcoming a newborn, and neither did she tries to have a child through any other available procedures.

For more information on your favorite celebrity, stay tuned with us in Idol Persona.